Knowing what iPads from Apple are ranked as the most powerful isn’t that difficult, but it gets a lot trickier once we’re asking what Windows tablets are the fastest or what Android tablets are the most powerful. At least until today, as we’ve compiled a tablet list where you can see where what tablets rank where, whether you’re looking for an iPad, Android tablet, Windows tablet, or Chrome tablet.

This tablet computer list sorts all the fastest and most powerful tablets in the consumer market that have been released and are widely available now in November 2021. The ranking is based on the Geekbench 5 benchmark scores, where I’ve sorted them by the multi-core score.

Benchmark scores are not everything when it comes to assessing speed and power in a tablet computer, but at the end of the day, they are still the best general tool to compare tablets with for a quick general overview on performance.

For more quick information on each tablet PC that you may be unfamiliar with, just click on the link to check it out. 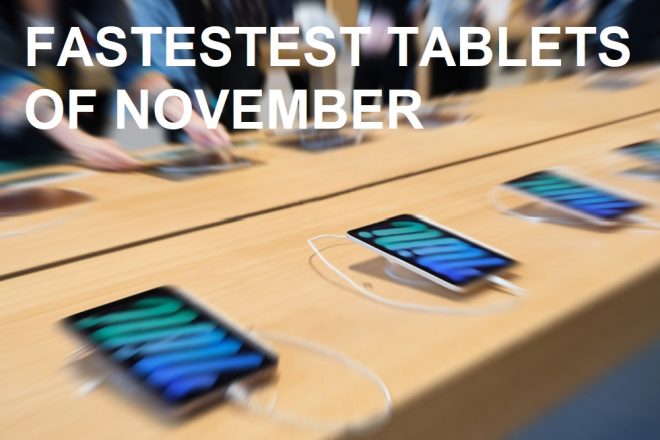