Lenovo have introduced a new Windows 10 2-in-1 tablet during CES and it’s the 12-inch Lenovo ThinkPad X12 powered by Intel Core Tiger Lake processors. Lenovo says it will launch the Lenovo ThinkPad X12 for $1149 now in January:
https://www.lenovo.com/us/en/laptops/thinkpad/thinkpad-x/X12-Detachable-G1/p/22TPX12X2D1

It looks like there will be three different model choices in the US. So far Lenovo only says that options are up to an 11th gen. Intel Core i7 processor, Iris Xe GPU, up to 16GB LPDDR4x RAM, up to 1TB SSD storage, and a Full HD+ resolution 12.3-inch screen.

So the ThinkPad X12 will certainly have power. So to get an idea of what tablet this is beyond the main hardware, we have to look at the other specs. 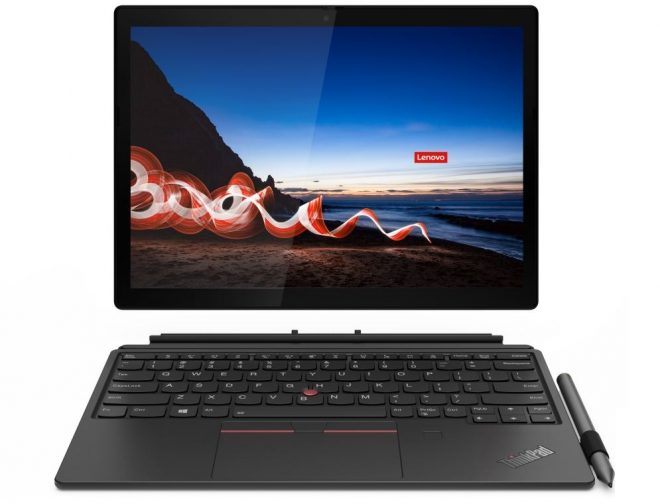 These includes a 42Whr battery with a near 10 hour battery life, a fingerprint reader and facial recognition from a hybrid IR and 5MP front camera, an 8MP rear camera, stereo speakers, dual array mics, Wi-Fi 6, Bluetooth 5.1, NFC, 4G LTE, a Thunderbolt 4 port, a USB C port, a 3.5mm audio jack, an unmistakably ThinkPad looking keyboard with touchpad and backlit keys, and support for both the Lenovo Precision Pen and Lenovo Digital Pen.

This Windows 10 Pro tablet is compatible with a dock. The tablet has a built-in rear kickstand so it weighs 760 grams and is 8.8mm thick, with black as the only color.

Additional security features are also included, ranging from physical security like a Kensington lock slot, to Intel vPro, dTPM 2.0, and a privacy shutter for the camera. 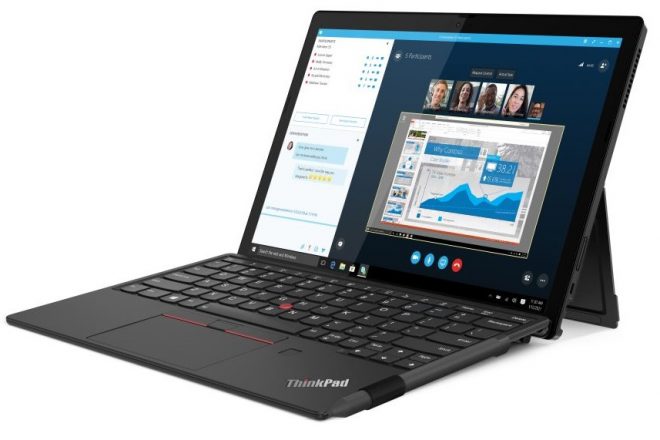 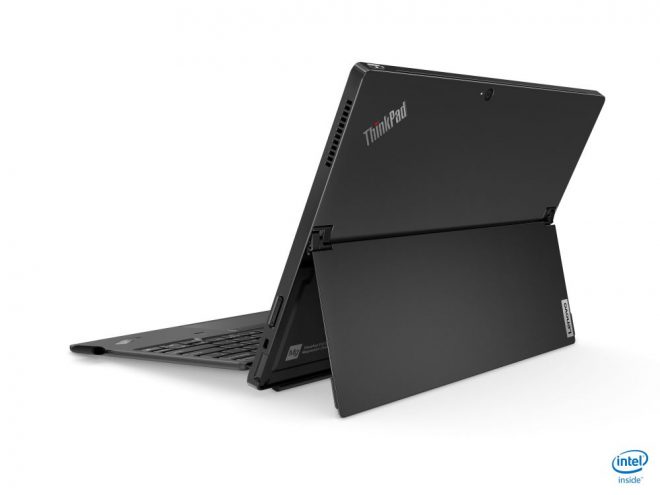 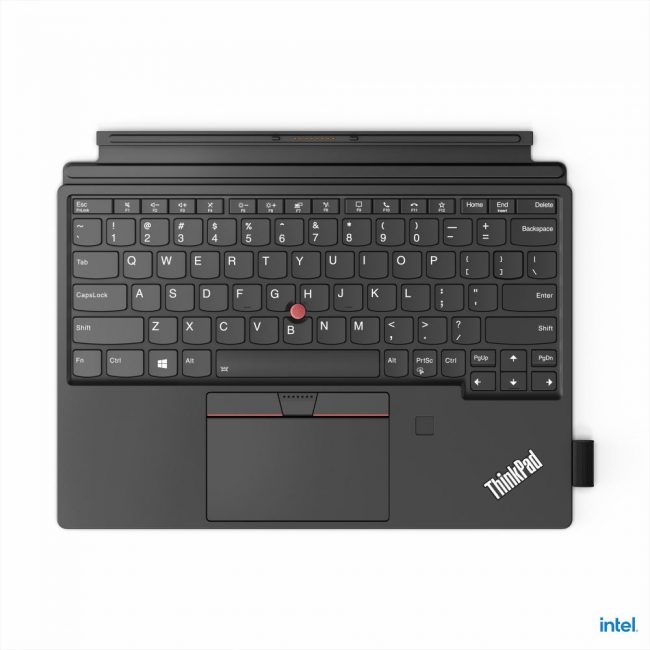 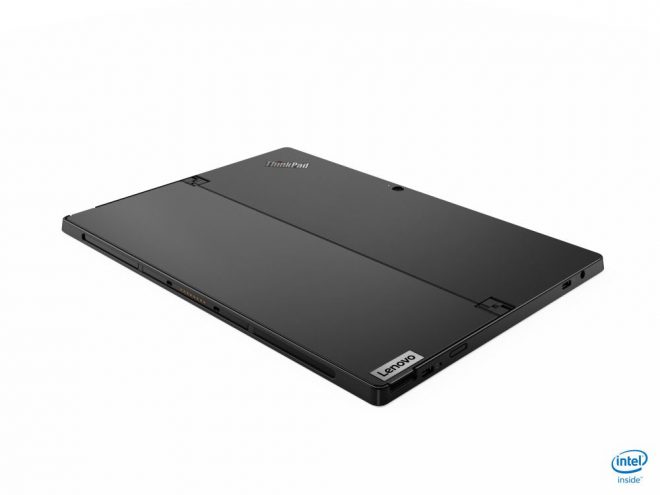