And the upgrade we saw today was better than could be hoped for. First of all it took a giant leap forward with the inclusion of the legendary octa-core Apple M1 chip that’s been introduced to the Macs already. And it now features 8GB and 16GB RAM options that follows the storage options, which are 128GB, 256GB, 512GB, 1TB to 2TB of storage which is said to be two times faster than before too.

Optional 5G was also introduced on the iPad Pros, but the iPad Pro 12.9 also made the much anticipated switch over to a mini-LED display, called Liquid Retina XDR, which will offer extreme dynamic range and even 1600 nits peak brightness, though 1000 nits maximum. So if you’re looking for the best tablet PC that can be used outdoors, this is it. 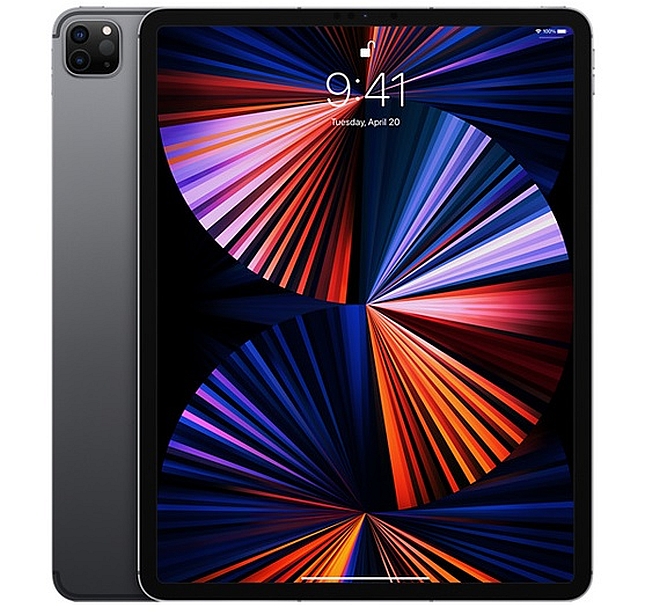 Another new feature is the new Ultra Wide front camera with Center Stage that keeps users in the center of video calls, or zooms out to include other people, if others join in.

And a lot of people will be happy to learn that the rumor of the introduction of a fast Thunderbolt 4 port came true, so that helps with both transfer speed as well as compatibility.

The other specs are generally the same as before, although the first of a kind display on a tablet has made the new mini-LED iPad Pro 12.9 a little thicker, from the 5.9mm thickness of the past, to the new 6.4mm thickness. Which means that some of the old iPad Pro covers won’t fit any longer either.

It’s also a little heavier, up to 685 grams from 641 grams in the past. Still not bad for tablets of this screen size, but it is starting to get on the heavy side if you expect to hold it a lot.

Resolution is the same at 2732 x 2048, and it features the same quad speakers as before, while the cameras are the ultra wide 10MP camera, a wide 12MP camera, and of course the 12MP ultra wide front camera, 4K video recording, LiDAR scanner, and as much as 5 studio mics.

The battery life is 10 hours long, and it continues to feature dual-band Wi-Fi 6 and Bluetooth 5.0. iPad Pro 12.9 mini-LED color options are silver or space gray.

Apple’s own accessories for the iPad Pros are the same as before, such as the Apple Pencil and the Magic Keyboard, which is also a little on the heavy side.

The reason why Apple upgraded the screen on the 2021 iPad Pro 12.9 was to cater even more to the graphics professionals as we had previously speculated. The only remaining question is if this new focus of the largest iPad will start to alienate some of the others?

Though, on the other hand, the mini-LED display adds $100 to the overall cost, which is only a 10% increase at this level anyway, and everyone will get the benefit, regardless of whether they are graphics professionals or not.

In terms of specs and features, the new mini-LED iPad Pro 12.9 is undeniably a great tablet computer. 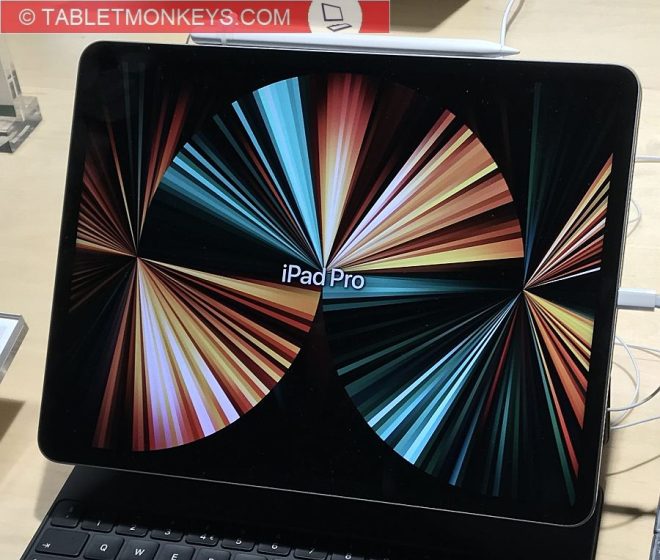