Samsung Galaxy Tab S7+ together with the smaller 11-inch Tab S7 are now the world’s most powerful Android tablets.

The Samsung Galaxy Tab S7+ is powered by the new octa-core 1.8 GHz – 3.09 GHz Qualcomm Snapdragon 865+ processor, with options of 6GB or 8GB of LPDDR5X RAM, and 128GB or 256GB of UFS storage. Two 5G models are also available, making the Tab S7 tablets the first internationally available 5G tablet computers. MicroSD card support extends all the way up to 1TB. 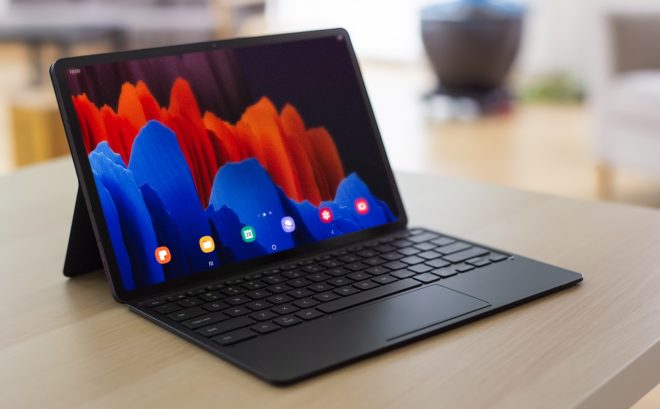 Benchmark scores for Samsung Galaxy Tab S7+ in Geekbench 5 are just under 970 in single-core, and up to 3000 in multi-core scores, which is the highest achieved for an Android tablet so far.

The 12.4-inch screen features Samsung’s prestigious Super AMOLED display with a WQXGA+ resolution of 2800 x 1752, and a screen brightness of 420 nits. The new 8 gram Samsung S Pen digitizer for the Tab S7 tablets with model number EJ-PT870 has a quick 9ms response time and is actually made by Wacom. The S Pen attaches magnetically to the back of the tablet, where there is a grove for it. The digitizer pen can then charge wirelessly from the tablet. 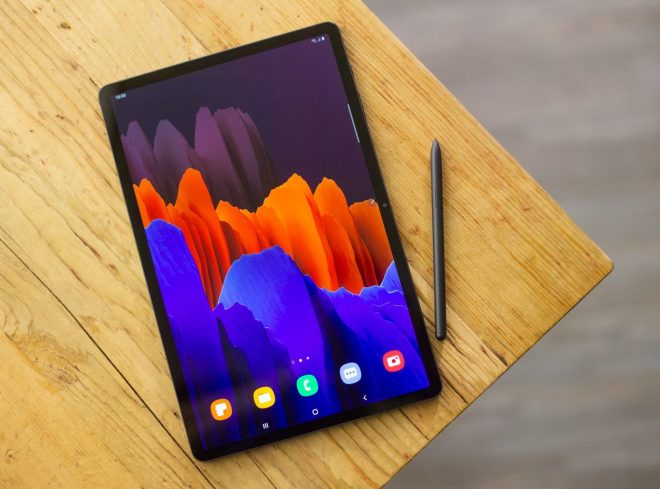 As a high-end flagship tablet, the Samsung Galaxy Tab S7+ features dual-band Wi-Fi 6, Bluetooth 5.0, 4 speakers by AKG with Dolby Atmos, and a 10.090 mAh battery with an average battery life of 14 hours based on video playback. The battery supports the 45W Super Fast Charging standard.

It has a high quality 8MP front camera, which is great for video calls, and then both a rear 5MP / F2.2 ultra wide camera and a 13MP / F2.0 main rear cameras with LED flash/video light and 4K video recording.

In terms of dimensions, the Samsung Galaxy Tab S7+ weighs just 575 grams, and it’s very thin too with a thickness of a mere 5.7mm. Samsung’s Tab S7+ color options are called Mystic Black, Mystic Bronze, and Mystic Silver, where the S Pen matches the tablet color.

The Samsung Galaxy Tab S7+ Keyboard Cover has six rows of keys, a trackpad, and features a separate cover for the tablet that includes both a kickstand, and protection for the S Pen.

Features included in some regions of the world, includes 6 months of Clip Studio Paint for free, Canva for free and Canva Pro free for 30 days, Noteshelf for free, an Xbox Game Pass where over 100 games will be available to play in the cloud, without the need to download anything. 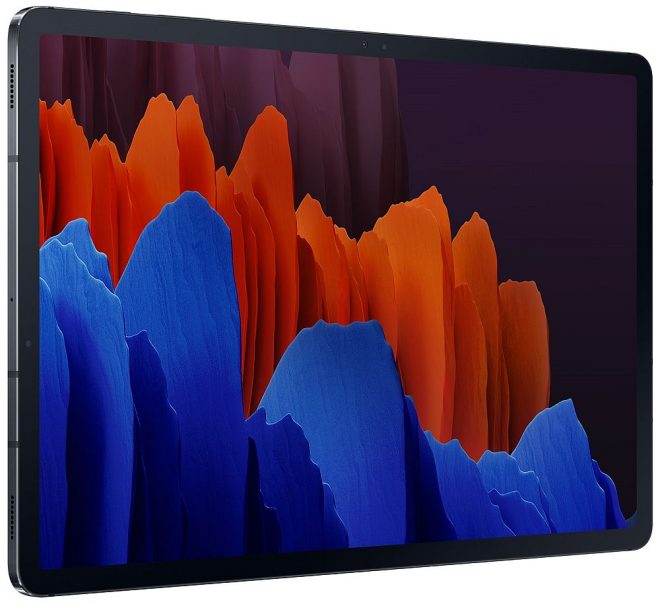 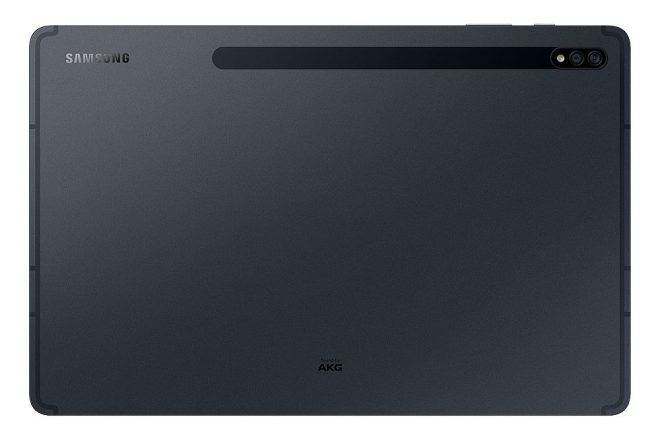 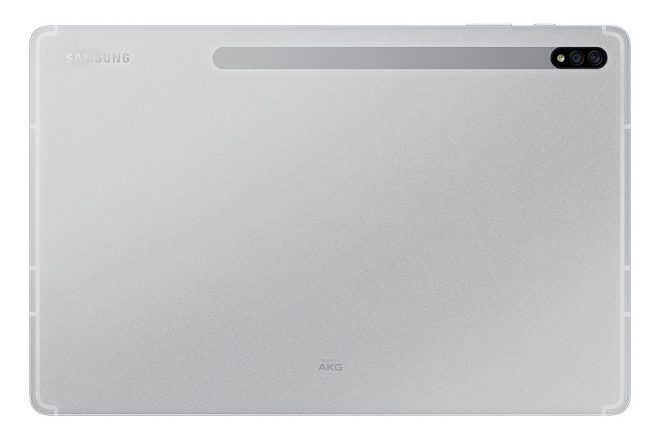 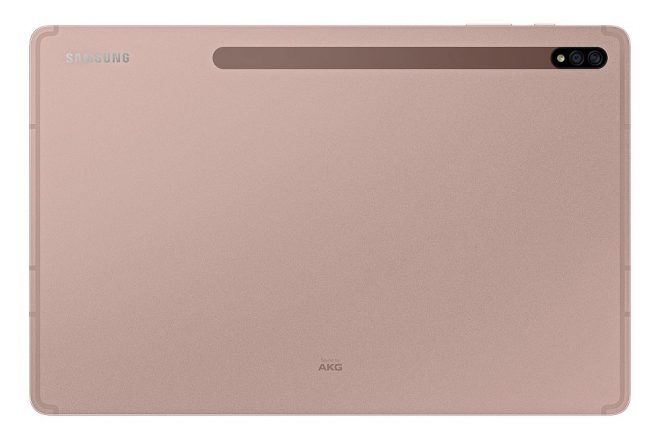