Apple finally unveiled the much anticipated iPad mini 6 today, which we are pleased to see with the larger new 8.3 inch screen, even though it has not grown in length and width. It will launch on September 24, but the price has gone up by $100, now starting from $499:
Amazon: https://www.amazon.com/2021-Apple-Wi-Fi-Cellular-256GB
Walmart ($459): https://www.walmart.com/ip/iPad-mini-Wi-Fi-64GB-Starlight

Time will tell if that was the one mistake Apple made with this iPad. Other than that, this is a very interesting new small tablet. 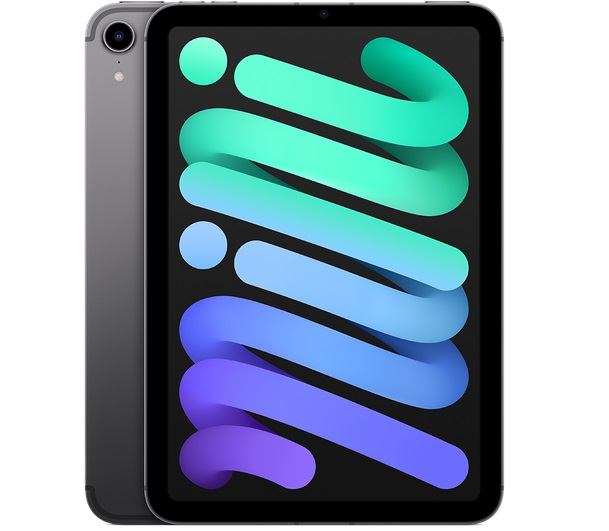 I thought the predecessor was already fast enough, but the new iPad mini 6 is something of a monster, as it features the Apple A15 Bionic chipset. So for a small tablet, that’s tremendous amounts of power. The 5G cellular option is now replaces the former 4G, but still for $150 more.

Storage options are still 64GB and 256GB, but with USB C, it will be easier to carry with you some additional storage.

The front camera is now the standard 12MP Ultra Wide camera with Center Stage features. On the back of it, the former 8MP camera has been upgraded to a 12MP camera too, with quad-LED True Tone flash.

One the audio front, there’s still just stereo speakers with dual mics on it, which came as a surprise to some. But it may be a hint that this tablet is more geared towards work and productivity, not entertainment.

The battery life is still 10 hours long. What is as long any longer is the iPad mini itself. Yes, Apple actually shrank it from 203.2mm to 195.4mm even though the increased the display. The width is still the same 134.8mm, but the thickness did go up from 6.1mm to 6.3mm.

And the weight went down from 300.5 grams to 293 grams, which is notable, so let’s hold on here and see how well the iPad mini 6 can handle some manhandling before we give any practical verdict on these design changes.

The final change is the color changes, where the old silver/white was ditched in favor of the new pink, purple, starlight, and the good old space grey.

So is the best small tablet on the market today? It’s certainly the most powerful and feature rich. So the only question is if people will pay up for this kind of power in a smaller tablet.