A tiny batch of the newest Chromebook tablet from Lenovo called Lenovo Chromebook Duet, were just released, who are still taking orders for more units, with the expectation that they can ship the next ones by May 20: https://www.amazon.com/Lenovo-Chromebook-MediaTek-Integrated-ZA6F0031US

Lenovo Chromebook Duet was announced at CES in January, and it’s a 10.1-inch Chrome OS 2-in-1 tablet. The full length of the name is actually Lenovo IdeaPad Duet Chromebook. 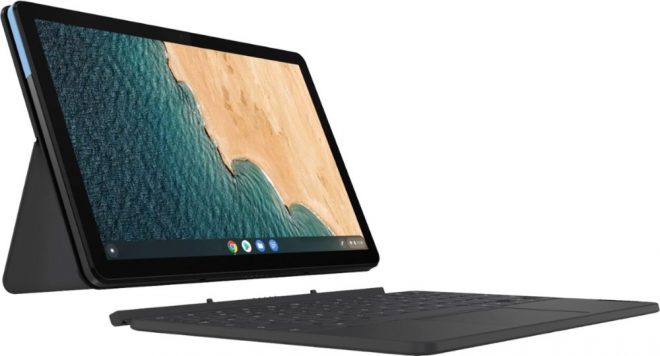 It has 2×2 dual-band Wi-Fi 5, Bluetooth 4.2, stereo 1W Dolby Audio speakers, dual array far-field mics with Google Assistant support, a 2MP front camera, a 8MP rear camera, and a 10 hour battery life from the 7180 mAh battery with a 4 hour charge time from the 5V 2.A adapter.

The only connectors apart from the pogo pins for the keyboard, is the USB-C (2.0) port. But a USB C to 3.5mm audio jack is included with the tablet. Tablet sensors on Lenovo’s newest Chromebook tablet are a accelerometer, ambient light sensor, hall sensor, and gyro. 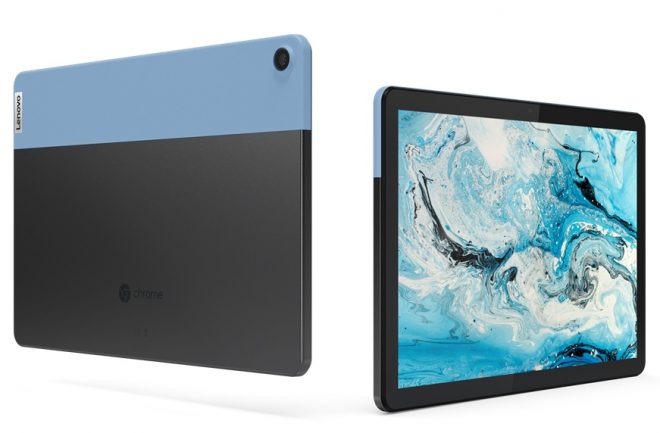 The tablet is 7.35mm thick, and weighs 450 grams by itself. The keyboard which has a trackpad weighs 250 grams, and the kickstand back cover that covers the partially blue colored back weighs 220 grams.

The Lenovo Chromebook Duet that’s now being launched from Best Buy is the 128GB model with the keyboard and kickstand cover included. The 64GB model with half the storage is expected on Amazon and Lenovo soon too, for $20 less.

There are only five other Chrome OS Tablets on the market at the time of the writing, so the decision making process shouldn’t take very long. 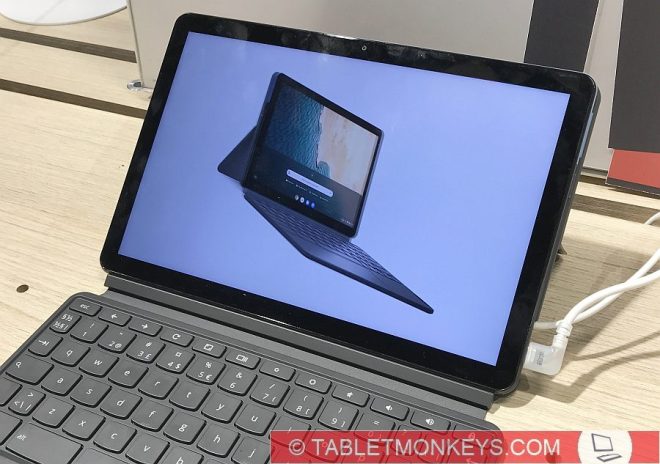 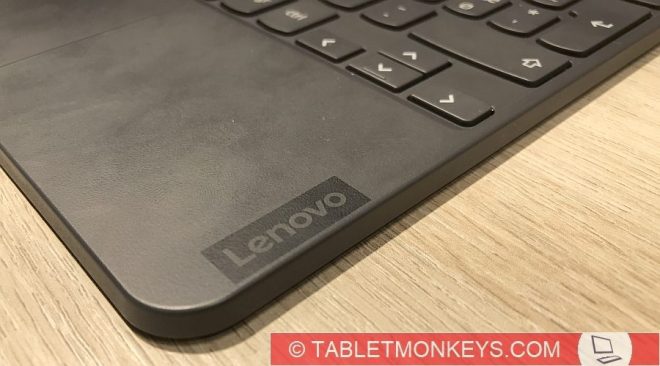 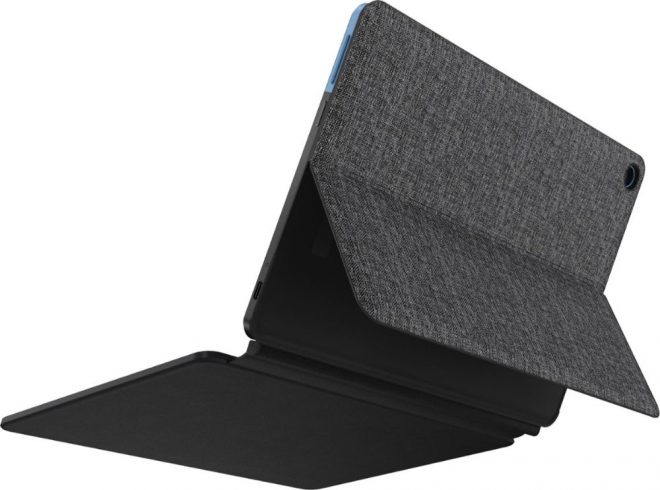 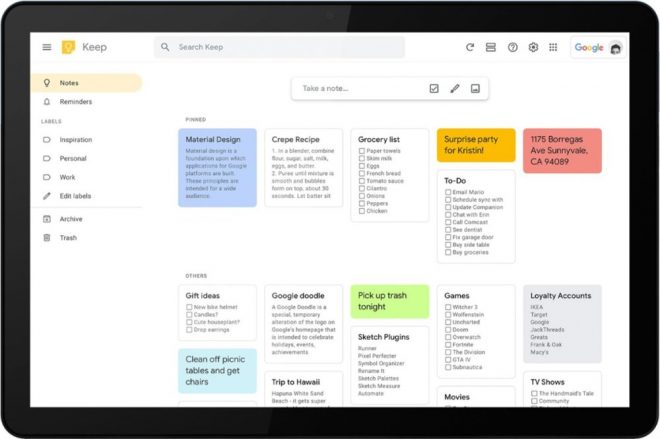 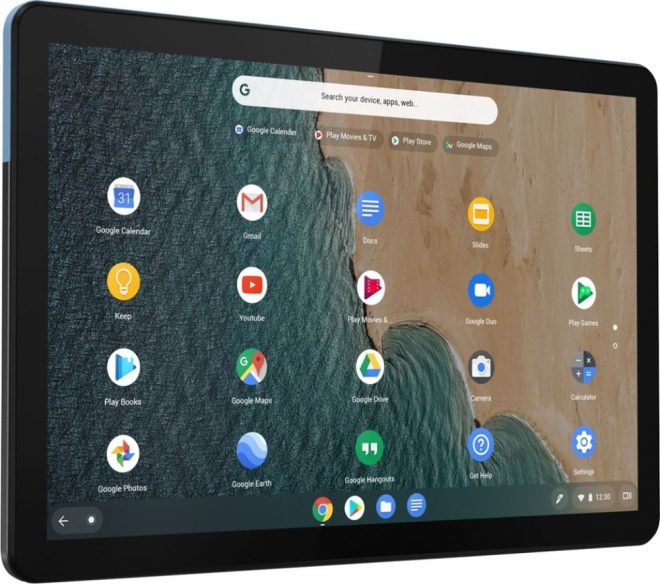