The Surface Go 3 was announced today, and will be launched as Microsoft’s newest entry level Surface tablet with Windows 11 on October 5, still from $399.
Microsoft: https://www.microsoft.com/en-us/d/surface-go-3
Amazon: https://www.amazon.com/Microsoft-Surface-Go-Touchscreen

But unlike the enlarged Surface Pro 8 that was also unveiled today, the new Surface Go 3 hasn’t gone through any radical changes from the Surface Go 2. All the changes are on the processors, and not with the design or the other hardware. 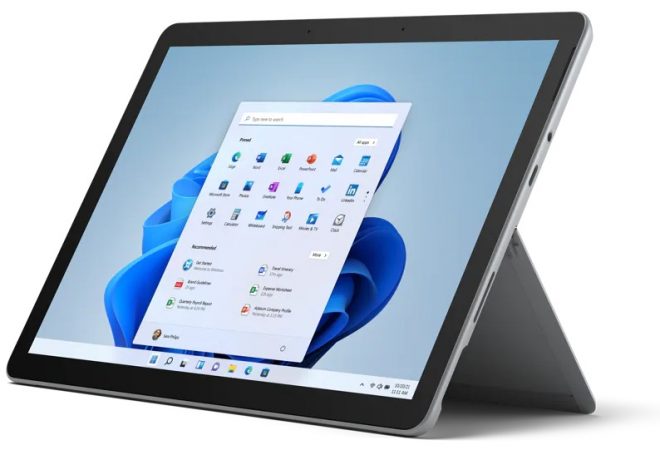 That comes in combination with 4GB or 8GB of DDR3 RAM, and 64GB of eMMC storage, or 128GB of SSD storage. Of course, we already know what that means in terms of benchmarks.

You can also stick microSD cards into the Surface Go 3 for either quick or cheap storage upgrades, up to 1TB in size.

Meanwhile, the screen is the good old 10.5-inch PixelSense display with a Full HD resolution of 1920 x 1280 and Gorilla Glass 3 for protection.

Surface Go 3 will actually launch with Windows 11 Home in S mode out of the box, but you can of course just switch over to regular Windows.

A cellular version will be added in the months ahead, though Windows tablets are easy to pair with smartphones, so it doesn’t seem like a high priority at the moment.

Like any good tablet computer, the Surface Go 3 is of course also equipped with ambient light sensor, accelerometer, gyro, and a magnetometer.

Surface Go 3 has a built-in kickstand on the back, and the keyboard is an optional extra named the Surface Go Signature Type Cover. It’s also compatible with the Surface Pen and the Surface Dial.

With the original Surface Pen we get tilt support and 4096 levels of pressure sensitivity, but a lot of people opt for popular digitizers with lower sensitivity instead.

The weight of the tablet is 544 grams, with a thickness of 8.3mm, featuring a multi-adjustable kickstand.

So is the Surface Go 3 worth it?
It will eventually be up against the HP 11 that was announced yesterday, but there will be months between them as HP’s Windows 11 tablet won’t launch before December, and it will be pricier too. So in the end there are enough differences between these two 2-in-1 Windows tablets to make it easy to see which one you should buy. 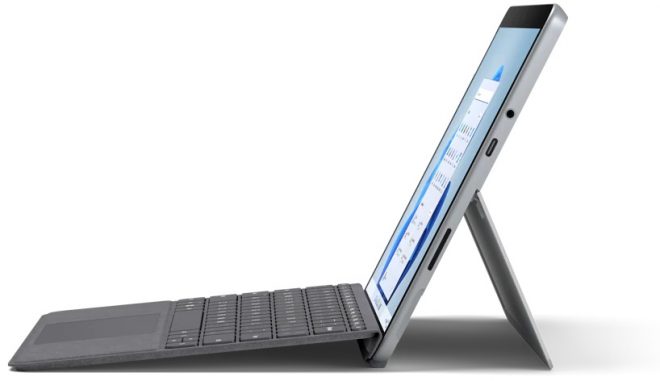