The difference between the two is that the Fire HD 10 features 3GB of RAM, while the Fire HD 10 Plus features 4GB of RAM as well as wireless charging. Other than that, they are the same 10.1-inch tablet.

They’ve been upgraded from the Fire HD 10 that was launched in October 2019, so let’s take a look at the upgrades. 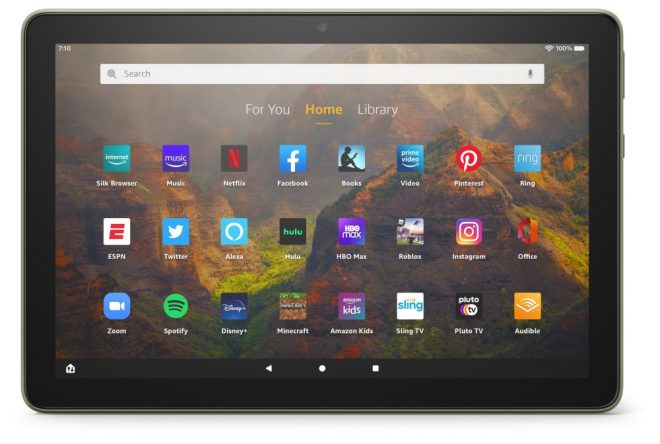 The processor was okay already, so they’ve kept the octa-core 2.0 GHz MediaTek MT8183 processor with Mali-G72 MP3 GPU, but they’ve upgraded from 2GB of RAM on the predecessor. And while the storage options are still 32GB or 64GB, the microSD card compatibility has doubled to 1TB.

The Fire HD 10 tablets have improved cameras too, with a new 2MP front camera and 5MP rear camera, and there’s been an upgrade to Bluetooth 5.0 LE as well.

It has even managed to slim down, with a 36 gram weight reduction so that it now weighs 468 grams, while the thickness has gone down from 9.8mm to 9.2mm.

As for the color choices on the back of the tablet, only the black color has remained, while the new Fire HD 10 colors are denim (blue), olive, and lavender (pink).

So other than these upgrades and changes, the other new features here are the option of wireless charging and more RAM for improved short term working memory on the Fire HD 10 Plus.

And in a sort of game changing event today, Amazon introduced a keyboard for the Fire HD 10 / Fire HD 10 Plus too, which is a very important change, since that turns this tablet into a 2-in-1 tablet with keyboard that can be used for a lot more productivity too.

We have previously discussed here on Tabletmonkeys what game changer it would be if Amazon were to launch an inexpensive laptop, and this tablet keyboard is as close as we get. The tablets can be bought together with the keyboard in bundles called the Fire HD 10 / Fire HD 10 Plus Productivity Bundle.

The keyboard comes with a case for the tablet, so that it can be attached to the keyboard and function like a laptop. They keyboard also serves as a protection for the screen when it’s closed.

Battery life on the keyboard is 400 hours long, and charges through the regular USB C port. A 1 year subscription to Microsoft 365 is also thrown into the bundle.

Another accessory is the wireless charging docking station made by Anker, for the Fire HD 10 Plus. 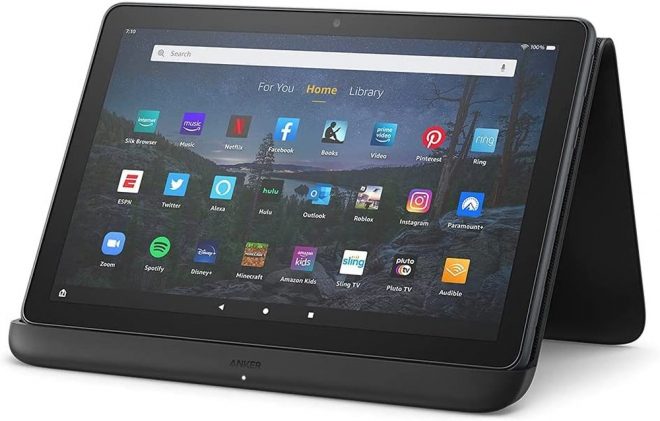 They run the Android based Fire OS 7, which is of course what makes the tablet so easy to start to use immediately, with easy access to the Amazon ecosystem of apps, games, media, content, and services, ranging from live video assistance and user help, to free cloud storage for your photos and Amazon content, as well as good warranties and build quality for the tablets themselves.

With a entry level price of $149, these tablets are still unbeatable in a specs to price ratio right now, so it’s basically just a question of whether you like the Fire OS.

Amazon had a near 7% share of the tablet computer market at the end of last year, and with the introduction of the keyboard, their tablets will start to attract even more new users. 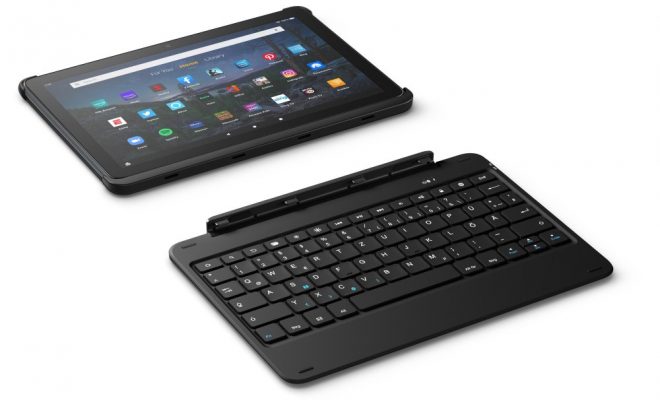 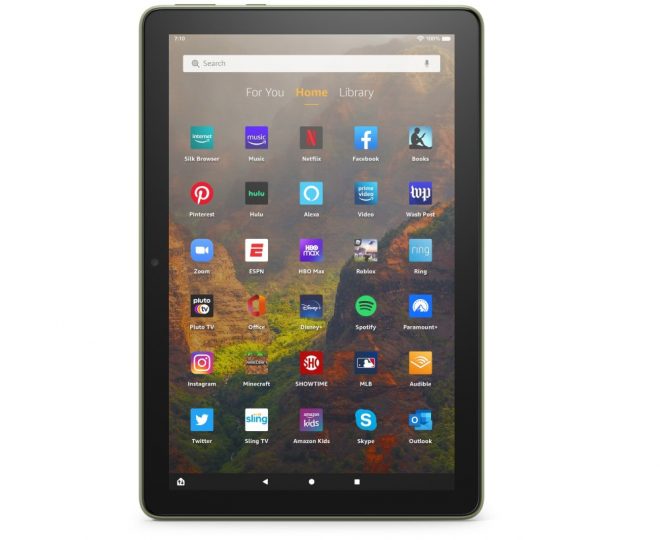 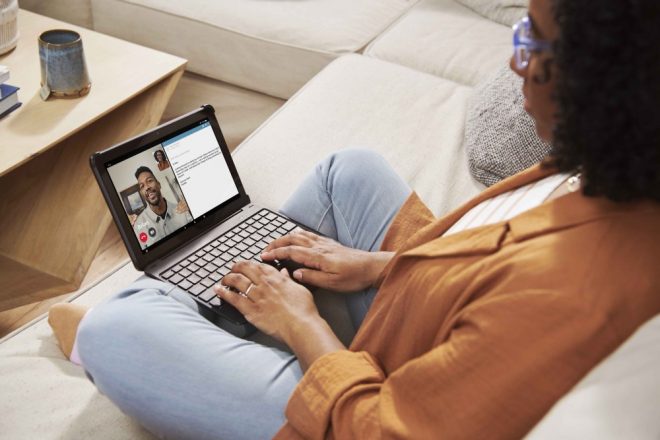