Lenovo’s 2021 flagship tablet with Android 11 has just been launched in the US, and the release price for Lenovo Yoga Tab 13 ended up being $679:
Lenovo: https://www.lenovo.com/us/en/p/tablets/yoga-tab-13/9
Amazon: https://www.amazon.com/Lenovo-Qualcomm-Snapdragon-Processor-ZA8E0015U

This is also the first Lenovo tablet in a while that’s been able to match the performance of Samsung’s most powerful tablets. For starters, the Lenovo Yoga Tab 13 is powered by the 3.2 GHz Qualcomm Snapdragon 870 processor, with 8GB of LPDDR5 RAM even, and 128GB of UFS 3.0 storage.

When this tablet was first announced in China in May as the Lenovo Yoga Pad Pro 13, the HDMI-in port got a lot of attention, since it can be used as a portable 13-inch monitor too, with great tablet speakers. The 13-inch screen has a display resolution of 2160 x 1350, with 400 nits brightness, Dolby Vision, Gorilla Glass 3 protection, while in audio it features 4 JBL speakers, with two 2.5W speakers at the bottom, and two 2W speakers on the top of the tablet with Lenovo Premium Audio and Dolby Atmos. Lenovo didn’t see the need for a rear camera on this particular tablet, and that probably makes sense. But there is a 8MP front camera and facial recognition unlocking there too, as well as three mics.

There are other specs to love the Lenovo Yoga Tab 13 for too, such as dual-band Wi-Fi 6, Bluetooth 5.2, A-GNSS, accelerometer, g-sensor, ambient light sensor, e-Compass, gyroscope, ToF proximity sensor, a USB C 3.1 port, and the 10,000 mAh battery capacity which has a 12+ hour battery life with Quick Charge 4.0 support and an included 30W 10V/3A power adapter. 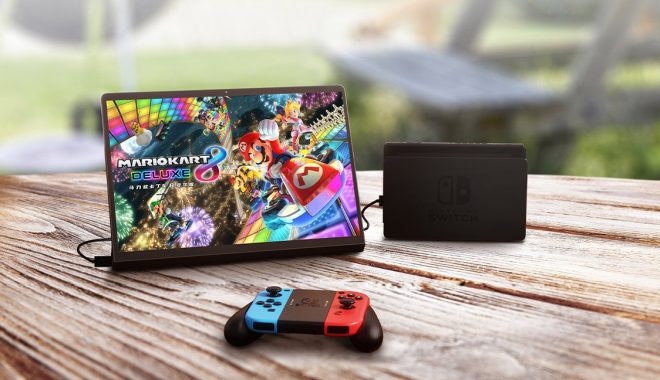 And while Lenovo is no stranger to using other materials than just metal or aluminum on the back of a tablet, the rear of the Lenovo Yoga Tab 13 is covered with the same type of alcantara that you get in some luxury cars, which is clever, because alcantara is very durable and gives the tablet a good surface to grip onto when a user wants to pick it up. And for a 13-inch tablet, that is very smart.

Since the Lenovo Yoga Tab 13 is a Yoga tablet, it also has the typical Yoga features of a built-in rear kickstand that can also be used to hang it up with. So for the majority of users, this may be the best tablet there is for entertainment and gaming. It still supports the Lenovo Precision Pen 2 digitizer too, if people want to take full advantage of all it has to offer. 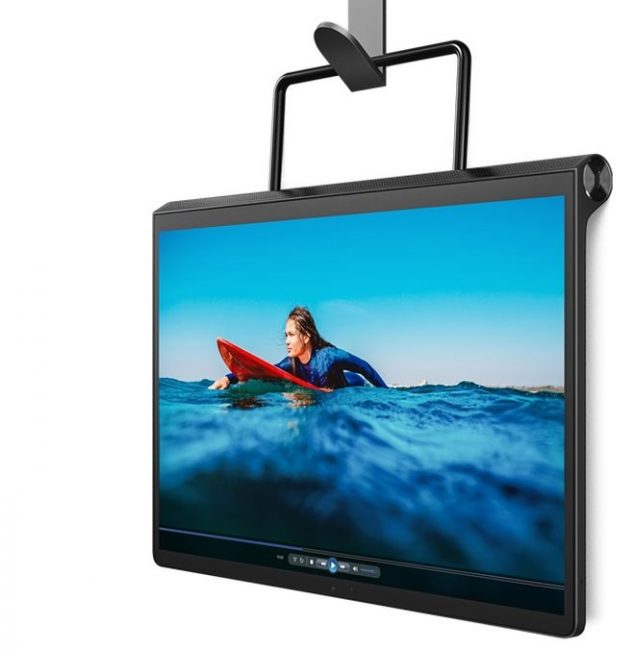 At the thinnest, this tablet is actually just 6.2mm thick, but the cylinder it stands on is 24.9mm thick. The weight is 830 grams, which is why the alcantara comes in handy.

So the Lenovo Yoga Tab 13 is now officially the world’s fastest Android tablet as of August 2021. 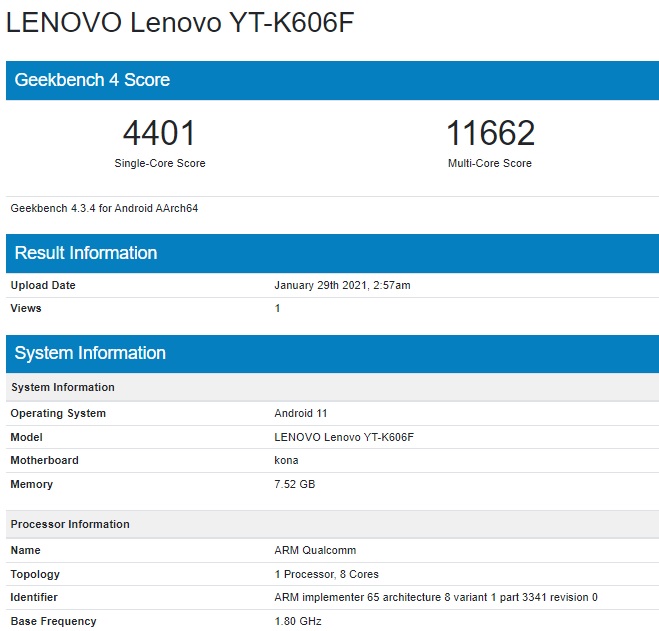 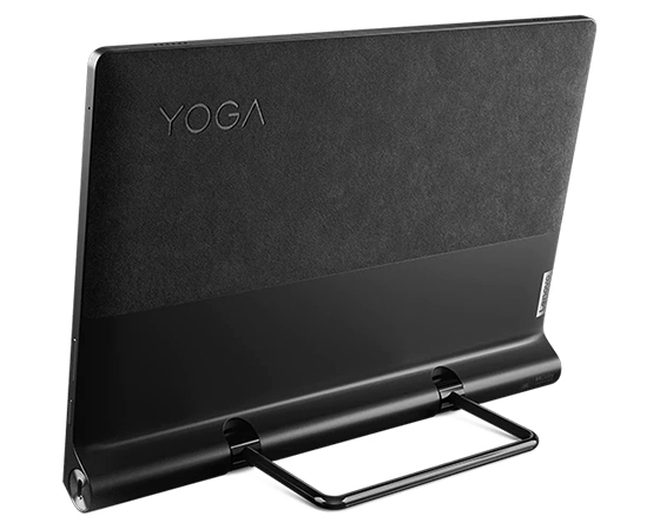 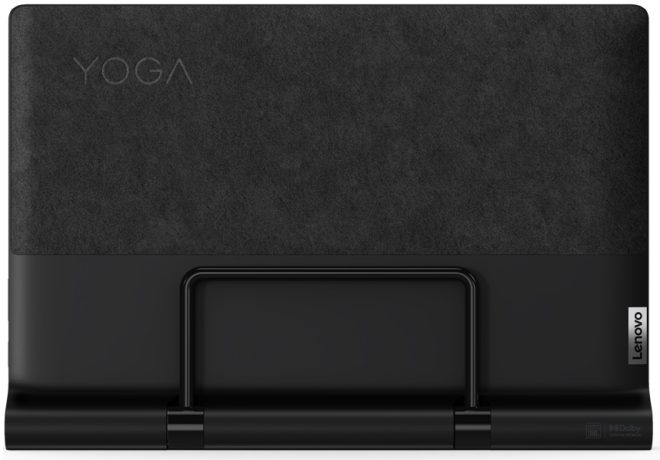 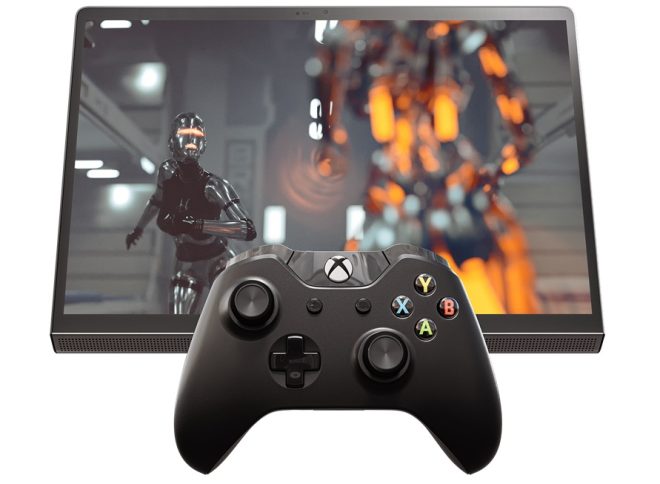 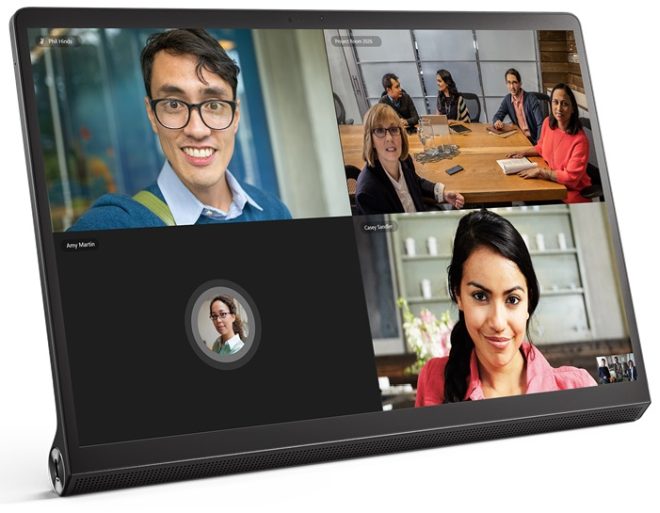