Amazon announced the new 8-inch tablet Amazon Fire HD 8 today on May 13, and it will be released on June 3, which is 1 1/2 years after the Fire HD 8 predecessor was launched:
https://www.amazon.com/dp/B07TMJ1R3X/

The entry price has gone by $10 to $89, but then the specs have improved too. It now has twice the storage, with 32GB and 64GB storage options, and also supports microSD cards up to 1TB in size, which is 600GB more than the old model. And free cloud storage for Amazon content and photos take with the cameras are still included too. 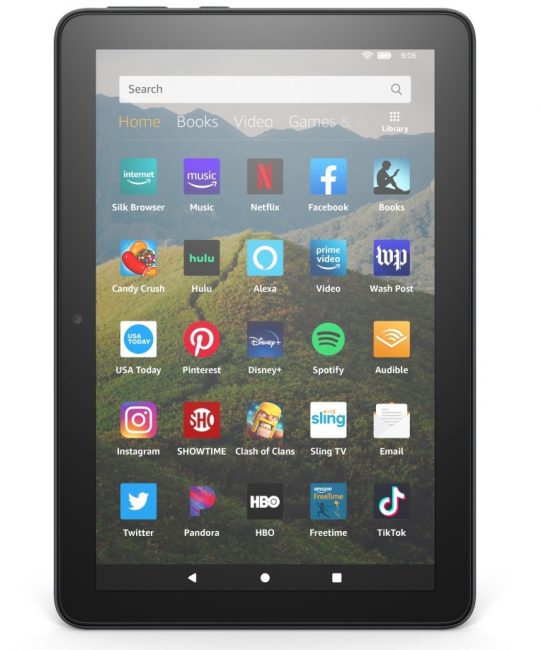 The new 2.0 GHz quad-core processor is 30% faster than the 1.3 GHz predecessor, and the short term memory has increased from 1.5GB RAM to 2GB RAM which helps improve both the speed and power of the tablet too.

As it’s still called the Fire HD 8, it has retained the 8-inch screen with a HD resolution of 1280 x 800, but the exterior has changed, and the bezels around the screen are now narrower, with a new and more rounded design of the tablet too.

This has even made it 14 grams lighter, as the new Fire HD 8 weighs just 355 grams now. The thickness is still 9.7mm though.

The new Fire HD 8 battery life has increased from 10 hours to 12 hours, which is a battery life above average for tablets in 2020. A full charge takes 5 hours with the 5W included charger, though an optional 9W charger can charge it in 4 hours, and a 15W charger in under 3 hours. 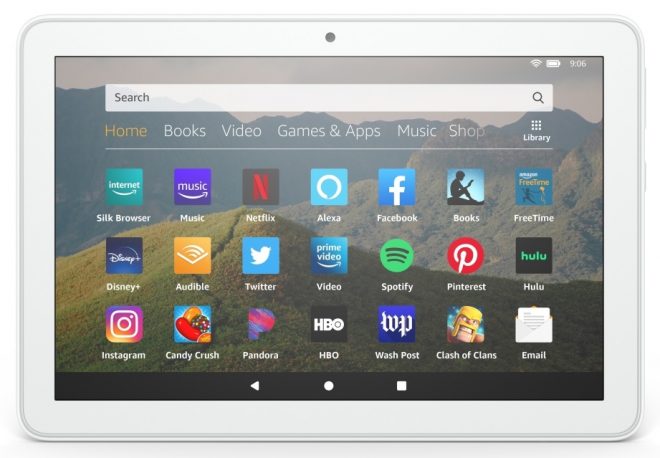 A USB-C (2.0) port has been added to the tablet too, which replaces the old micro-USB port. Another port is the 3.5mm audio combo jack.

Wi-Fi has improved too, now that it has dual-band 802.11 a/b/g/n/ac Wi-Fi, as well as Bluetooth 5.0. Sensors includes accelerometer and ambient light sensors.

Others specs are the same as before, with 2MP front and rear cameras, stereo speakers with Dolby Atmos.

Of course, the ease of use and all the available content that comes with a Fire tablet and the Android based Fire OS are among the main reasons people buy it for, as this tablet features anything from the Alexa voice assistant, to the world’s largest ecosystem of apps and media content. 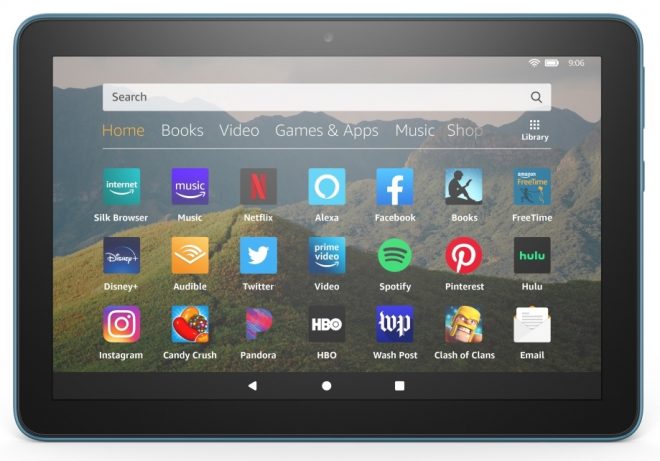 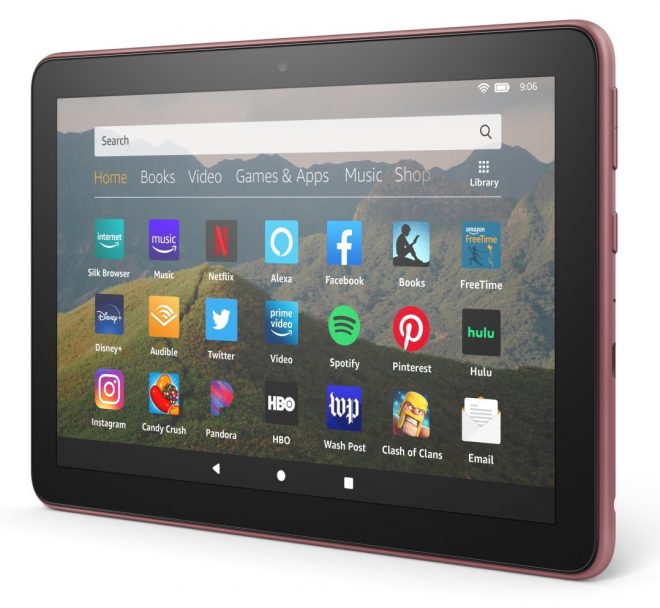 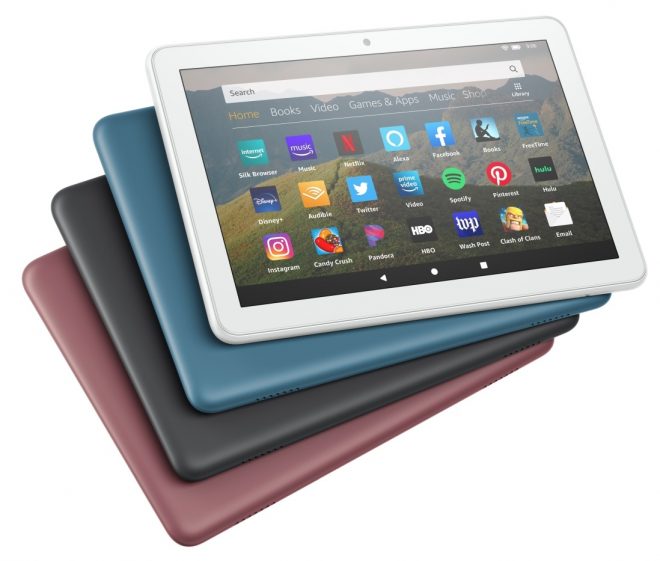