Just like the larger iPad Pro 12.9, this new 11-inch iPad Pro got an upgrade to the very powerful octa-core Apple M1 chipset, as well as the upgrade to 8GB and 16GB RAM that follows the storage options, which are 128GB, 256GB, 512GB, 1TB to 2TB of storage which is specified as 2 times faster than before. So this tablet will clearly deliver on power.

5G is being introduced on the iPad Pro 11 too, but unlike the iPad Pro 12.9, the 11-inich model has kept its regular, but still great ‘Liquid Retina’ display. 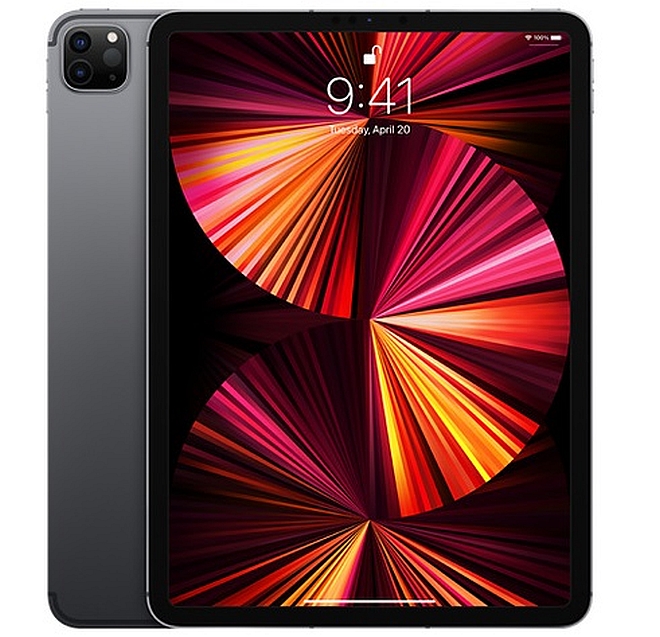 But it did get the great new Ultra Wide front camera with the Center Stage feature that keeps users in the center of video calls, or that zooms out to include others, if others enter the picture.

We also got the USB 4 / Thunderbolt 4 port which adds both speed and versatility to the new iPad Pro.

As it has kept the great display of the predecessor, it has remained 5.9mm thick, with a weight of 470 grams. This means that it’s 28 grams lighter than even the 11-inch Samsung Galaxy Tab S7.

As such, the resolution is still 2388 x 1668 with a 600 nits bright screen, with quad speakers as before, while the cameras are the ultra wide 10MP camera and a wide 12MP camera with 4K video recording, a LiDAR scanner, and of course the 12MP ultra wide front camera, and 5 studio mics for both video calls and videos.

Battery life is 10 hours long on average, with internet connectivity being available through both optional wireless 4G or 5G, and dual-band Wi-Fi 6 and Bluetooth 5.0.

The color options are still just silver or space gray. So it still hasn’t got all the color choices of the iPad Air.

Main productivity accessories from Apple for the iPad Pro are Apple Pencil and the Magic Keyboard.

The fact that Apple has been able to make such a giant leap with the processor upgrade, as well as adding even more RAM and faster storage, all while keeping the entry price, makes the 2021 iPad Pro 11 a tablet that’s easy to find good value in, both in itself and compared to the rivals in this size category.