Microsoft unveiled the brand new Surface Pro 8 today, which represent the first real design change in years as the screen has grown to 13 inches. The price has grown with it, as the starting price is now $1099 when it launches on October 5.
Microsoft: https://www.microsoft.com/en-us/d/surface-pro-8
Amazon: https://www.amazon.com/dp/B09DKHYLSH

Surface Pro 8 is a Windows 11 tablet that now features a 13-inch screen with a 120 Hz refresh rate and a 2880 x 1920 resolution display that adjusts the ambient light according to the surroundings, much like an iPad with TrueTone. It also introduces Dolby Vision.

The entry level SP8 is now an 11th gen Intel Core i5-1135G7 powered model, which is why the price has gone up, since they ditched the former i3 model. The other processor choice is the i7-1185G7 processor, both with Intel Iris Xe Graphics. 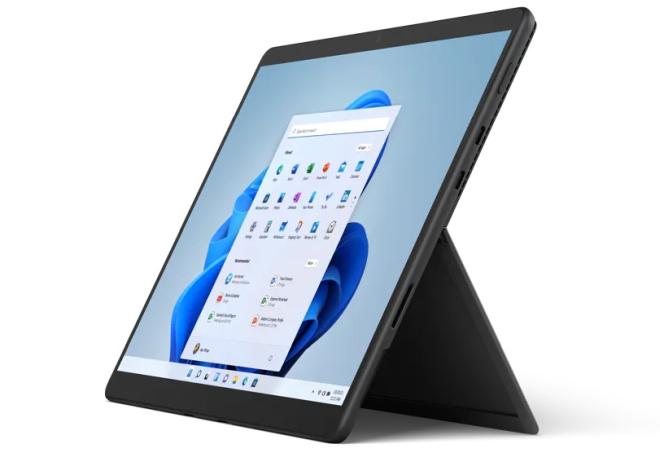 The pen brings with it new technologies design to make it feel more like a natural pen and paper experience, with zero latency and haptic feedback in the pen when you use it. So that should make this digitizer pen feel more natural to use. And once the pen is taken out, it opens up the pen apps automatically, which is kind of familiar to people who’ve used Windows Ink on tablets for years. 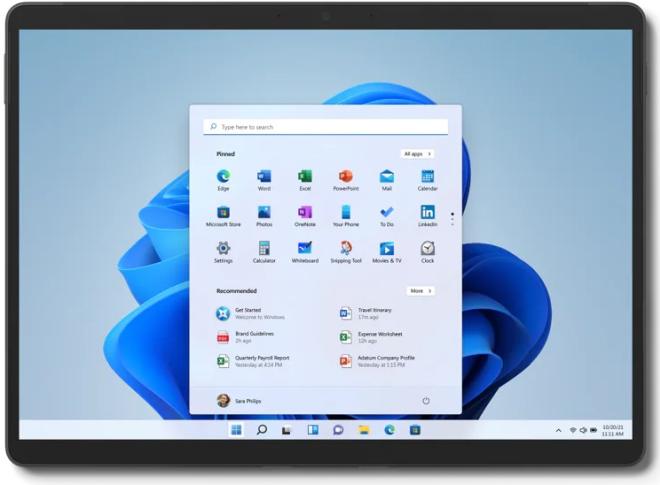 It has tablet sensors like accelerometer, gyroscope, magnetometer, and ambient color sensor too for both gaming and practical uses. It’s still compatible with the Surface Dial too of course.

The tablet is 9.3mm thick with a weight of 889 grams since it features a built-in kickstand. The two color options are called graphite and platinum, with the latter one giving it a silver back and sides.

The thing about the previous 12.3-inch size of the Surface Pros was that a lot of people didn’t want a larger tablet. Fortunately the new Surface Pro 8 has mainly retained its outer dimensions, from 292mm x 201mm, to 287mm x 208mm. But there will be another option too, which is that the 12.3-inch Surface Pro 7+ that used to only be available for the enterprise market, will become available for consumers in October too. 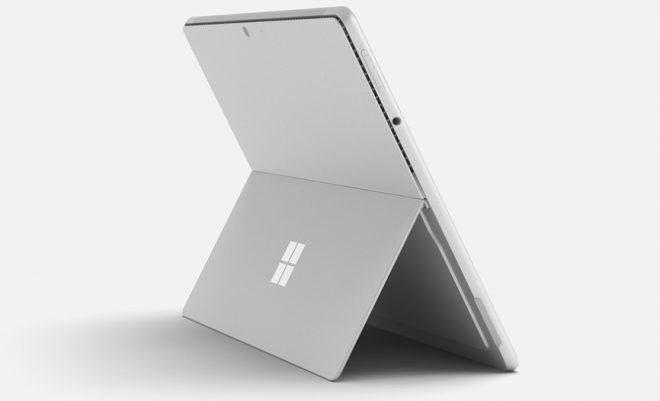 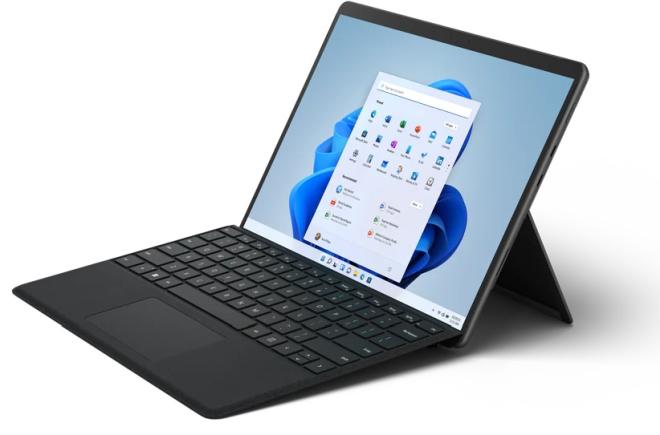