Both of these tablets are now the world’s most powerful Android tablets, being powered by the recently introduced octa-core 1.8 GHz – 3.09 GHz Qualcomm Snapdragon 865+ processor, with options of 6GB or 8GB of LPDDR5X RAM, and 128GB or 256GB of UFS storage, with microSD card support up to 1TB.

Samsung Galaxy Tab S7 benchmarks scores from running through Geekbench 5 with Android 10, have demonstrated that it’s capable of just under 970 in single-core, and up to 3000 in multi-core scores, which makes the Tab S7 and S7+tablets the most powerful Android tablets to date. 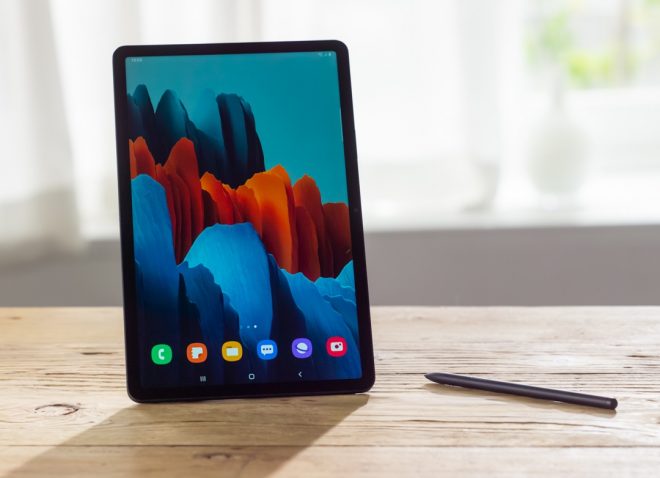 Three different Samsung Galaxy Tab S7 models are being launched. A Wi-Fi model (SM-T870), a 4G LTE model (SM-T875), and a 5G model (SM-T878), each with color choices of Mystic Black, Mystic Bronze, and Mystic Silver, with the S Pen matching the tablet color. All tablets have black bezels though.

In order to bring the price down, the Samsung Galaxy Tab S7 features a LTPS LCD display instead of the Super AMOLED display on the Tab S7+. Most people would never notice the difference anyway. With an 11-inch screen and a 2560 x 1600 resolution display, it has a decent 500 nits brightness, and an aspect ratio of 16:10.

Depending on what potential deal you buy the tablet with, you may get the new S Pen digitizer included, but not everywhere. The new Samsung S Pen (EJ-PT870) which is made by Wacom, has a quick 9ms response time which will make writing and drawing ever more fluid. So will of course the 120 Hz refresh rate of the screen too, another first on an Android tablet, and something only iPad Pro tablets have had exclusively up to now.

The high refresh rate will make the use more fluent, which will be noticed during scrolling of webpages and similar fast paced actions. The S Pen weighs just 8 grams, and attached magnetically to the grove on the back, where it charges wirelessly.

For logging in securely, the fingerprint reader is located in the power button, which is on the side of the tablet.

As a flagship tablet, all models of Samsung Galaxy Tab S7 features Wi-Fi 6, Bluetooth 5.0, quad speakers speakers by AKG with Dolby Atmos, and a 8,000 mAh battery with an average battery life of 15 hours based on video playback. And the battery also supports the 45W Super Fast Charging standard too, though a 45W charger is an optional accessory.

Tablet cameras include a 8MP front camera for video calls, and then on the back of the tablet both a 5MP / F2.2 ultra wide camera and a 13MP / F2.0 main camera with LED flash/video light and 4K video recording support. 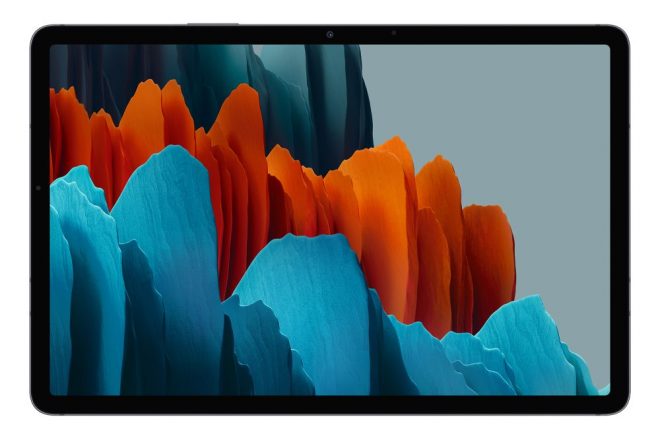 Features included will vary from country to country, but in the US right now, the Tab S7 will include 6 months of Clip Studio Paint for free, Canva for free and Canva Pro free for 30 days, Noteshelf for free, and an Xbox Game Pass where over 100 games will be available to play directly from the cloud.

Samsung made a brand new keyboard for the Samsung Galaxy Tab S7 for anyone who wants or needs to turn the Tab S7 into an Android 2-in-1 tablet. The pogo pin connected keyboard cover consists of a keyboard with six rows of keys and a trackpad, and a tablet cover for the back with a kickstand, so you kind of get the best of both worlds. The rear of the cover will also securely hold and protect the S Pen during travels.

A black cover without a keyboard, simply called the Tab S7 Book Cover is also available for it.

As a powerful Android 10 tablet with a great set of specs and features the Tab S7 will appeal to just about anyone who likes Android tablets in this range of sizes. Samsung S traditionalists may not like the swap from an AMOLED display to an LCD display, but this has never stopped Apple from having a success with their iPads, and the benefit for us buyers is a lower price point. 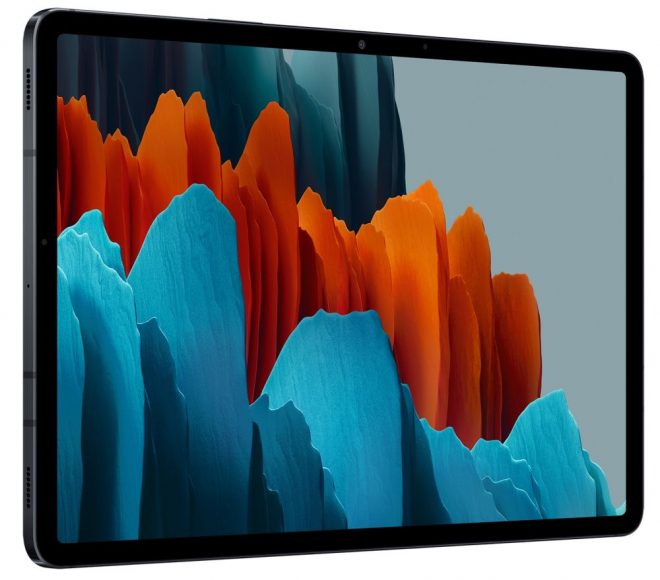 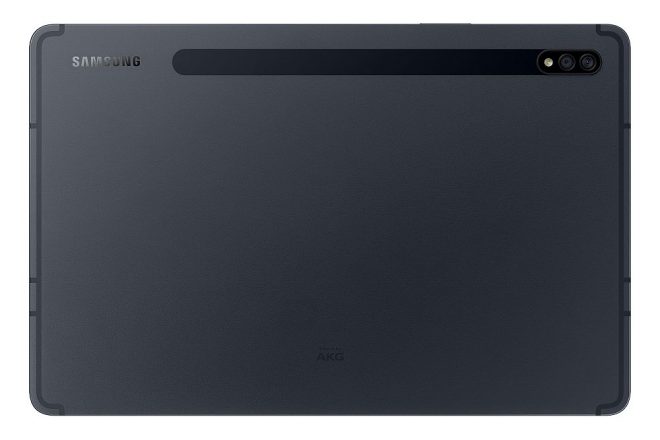 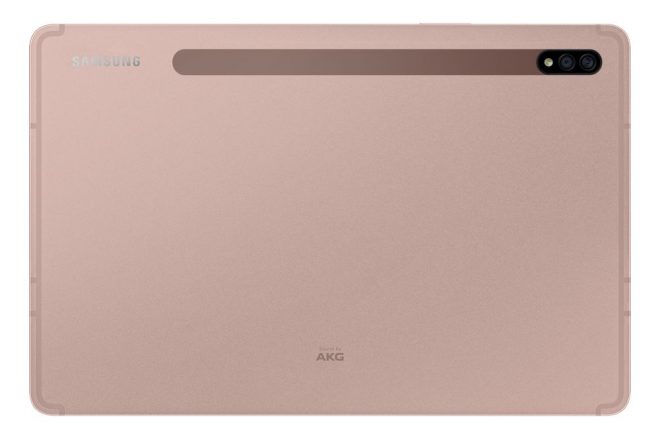 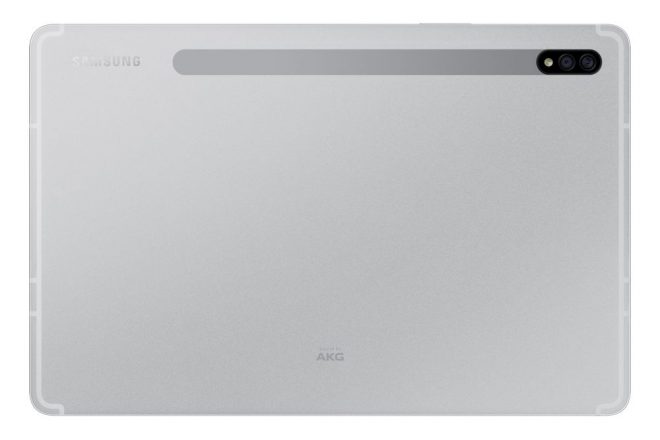 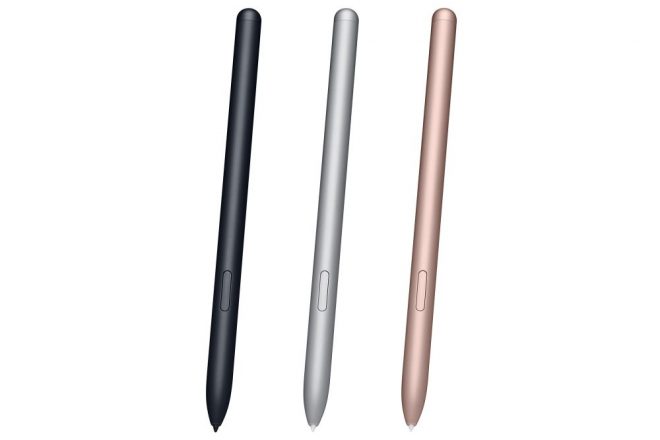 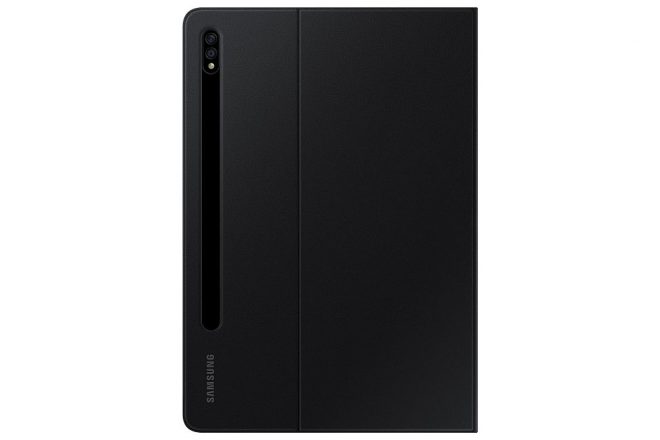