We have been waiting for the new 2nd generation Super AMOLED tablets Samsung Galaxy Tab S2 for a while, and originally the insider sources that leaked info to Samsung fan websites said it would probably be announced in June, which we now in July can safely say did not materialize.

The latest speculation now is that these two tablets will be announced either in July or in the middle of fall. But at least the prices have been leaked today, and we haven’t seen any new FCC documents on any of the Tab S2 tablets filed since early June either, so that could indicate that we are close to an unveiling.

The new 2015 models will launch with Android 5.x, Super AMOLED screens with 2048 x 1536 resolution, Samsung’s own octa-core Exynos 5433 processor, 3GB of RAM, and a razor thin thickness of 5.4 mm. A new rival for the Tab S2 tablets this year, is Sony’s latest flagship tablet, Sony Xperia Z4 Tablet which now has a high 2560 x 1600 resolution too. But Sony’s waterproof tablet also cost $100 more than Samsung’s next 9.7-inch flagship will.

Purported images have leaked of the Samsung Galaxy Tab S2, and those images showed us a tablet without a flash besides the back camera, which would seem like a strange downgrade from last years models. But unfortunately this is consistent with the sketches of the same tablet from the FCC documents. 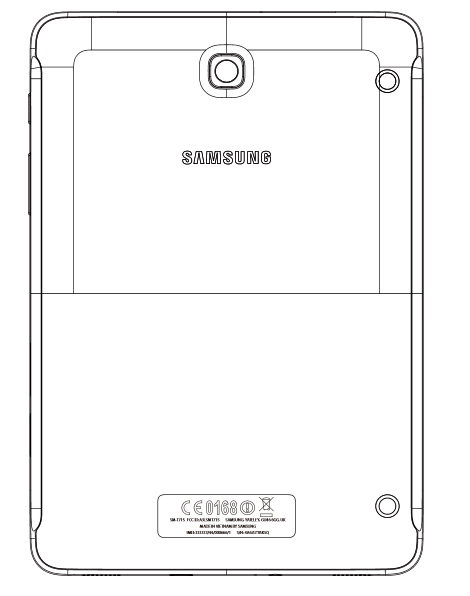