Sammobile has it on good authority that the upcoming new 2nd generation Super AMOLED tablets Samsung Galaxy Tab S2 8.0 and 9.7 will be launched in June.

This would coincide with the one year anniversary of the Samsung Galaxy Tab S 1 launch, which occurred on June 12 2014.

Samsung Galaxy Tab S had very high specs and a very long list of apps and features when it launched, so it’s still one of the best and most impressive Android tablets on the market today. Since it was launched it has been upgraded to Android 5.0 and above, depending on the model and the market it was bought in.

But it is undergoing some changes nonetheless. Most importantly (for some) is a new octa-core Samsung Exynos processor which should alleviate it of the one issue that people who pressed the performance of the tablet would complain about, and that was the (relatively) sluggish processing power.

There is another very significant change too, and that’s the new 4:3 aspect ratio. This means that the 8.4-inch tablet will be reduced to 8 inches, and that the former 10.5-inch model will morph into a 9.7-inch tablet instead. This change has already been implemented on one of Samsung’s other tablets, like the newly released Samsung Galaxy Tab A 9.7.

The other changes are in areas like weight and thickness, and these tablets will become very thin and light. The 9.7-inch model weighs 407 grams while the new 8.0-inch model weighs 260 grams. Considering that even smaller 7-inch Android tablets weighs on average 310 grams, that’s a very impressive feat from a top end tablet. 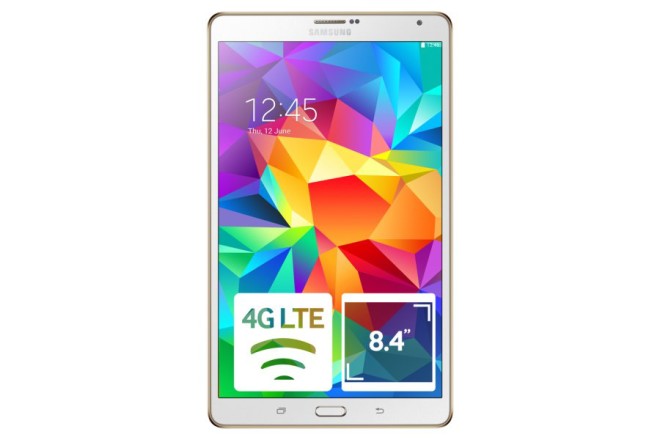 What the first Samsung Galaxy Tab S 8.0 looks like