After a little research today I discovered that Samsung have officially announced the 2nd generation Super AMOLED tablets Samsung Galaxy Tab S2. And it has happened through a news post on the official Samsung.com website in New Zealand.

In the article fittingly called “Awaiting the arrival” the relevant notes from Samsung on the Galaxy Tab S2 are the continuation of the (Super) AMOLED technology, that Samsung have developed significant partnerships for delivery of content and services, and that the “launch dates are yet to be announced for the Tab S2.” See the screencap below if you want to read the whole of Samsung’s news article.

I’ve only found the official mention of the Samsung Galaxy Tab S 2 on the New Zealand website, so naturally we don’t know if this was published inadvertently or what the background was, but it leaves a lot of room for speculation. According to the date on the article it was published 9 days ago, on June 30. But as our readers know we have been covering the new Samsung Tab S2 all the way since October last year.

The previous news were published yesterday, covering the Samsung Galaxy Tab S2 prices.
Images and specs have also leaked, so we are really only waiting for the unveiling and release, as well as wondering about the features. 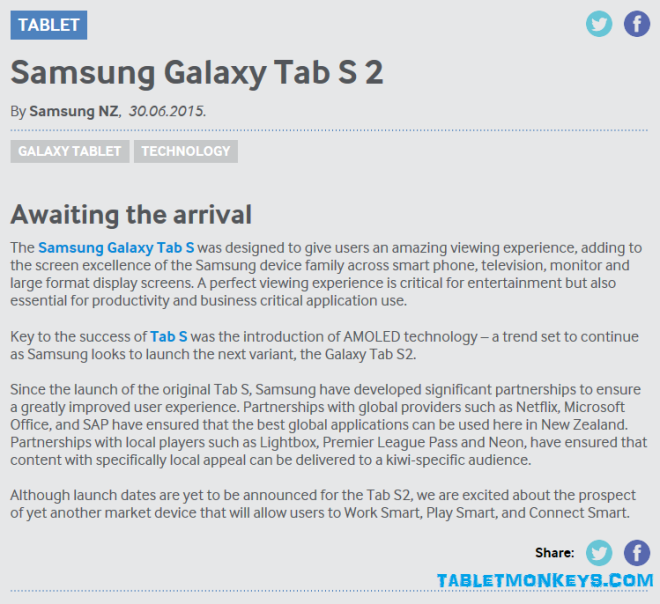 Because features was one of the highlights of the Samsung Galaxy Tab S launched in 2014. Of all the Samsung tablets, the Tab S not only had premium hardware and premium design with a hint of gold, but also shipped with premium features – the longest list of apps, content, and services of any Samsung tablets. So I’m also curious to see the new services and content that Samsung will bundle into the new Tab S2 this year. 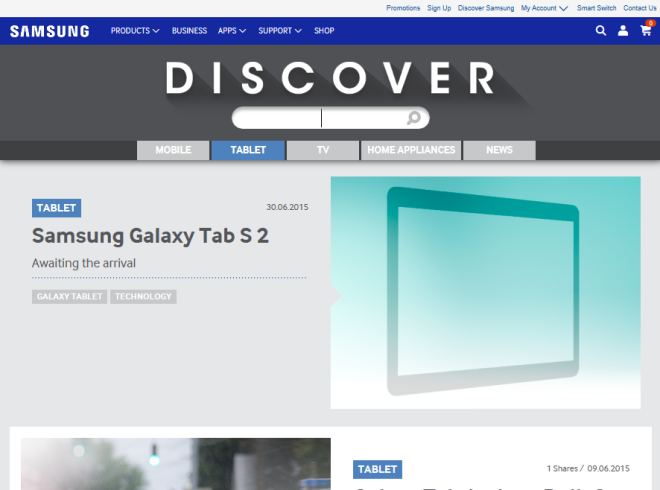