Just a week after the 2nd generation Super AMOLED tablets from Samsung were known to be in the works, we have now got the specifications leaked as well, courtesy of Sammobile.

It keeps 3GB of RAM (though a slightly faster RAM), starts at 32GB of storage, and with the latest Android 5.0.2 it supports up to 128GB microSD card expansion.

Battery capacity, though subject to possible change, is said to be 3580 mAh (though that would be almost 1300 mAh less then 1st gen. model).

The cameras are the same 8MP on the rear and 2.1MP on the front, as before. But the tablet altogether is slimming down, which is quite a feat. It will be 5.4mm thick, down from an already very thin 6.5mm!

Weight will drop as well, down from a featherweight 287 gram, to 260 gram, which again will make it the lightest tablet in its class.

Samsung might have some new features up their sleeve as well, so we are looking forward to leaks of the features too. The Samsung Galaxy Tab S 2 8.0 tablet itself still looks like it’s months away from being officially announced though.

Meanwhile, there will be a Android 5.0 Samsung Galaxy Tab S update on the original 2014-2015 models. 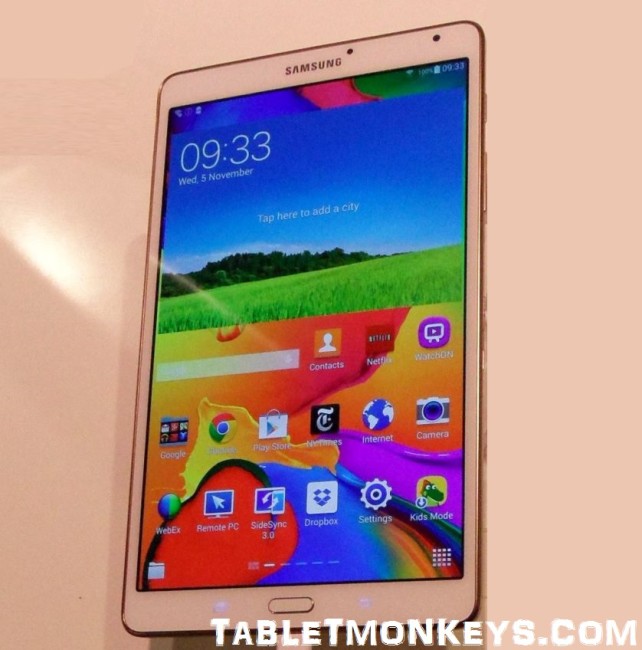