The official unveiling comes 1 year and 1 month after the first Samsung Galaxy Tab S were unveiled. And the Samsung Galaxy Tab S line has changed since last year, with a new screen ratio and with that a new display resolution, a screen and outer dimension shrinkage on both models, a new more powerful procesor, slimming down to becoming the worlds thinnest tablets, becoming the lightest tablets in each category, losing the camera flash on the rear, replacing last years bronze/gold finish around the edges with a new silver finish, and adding Microsoft Office for Android. 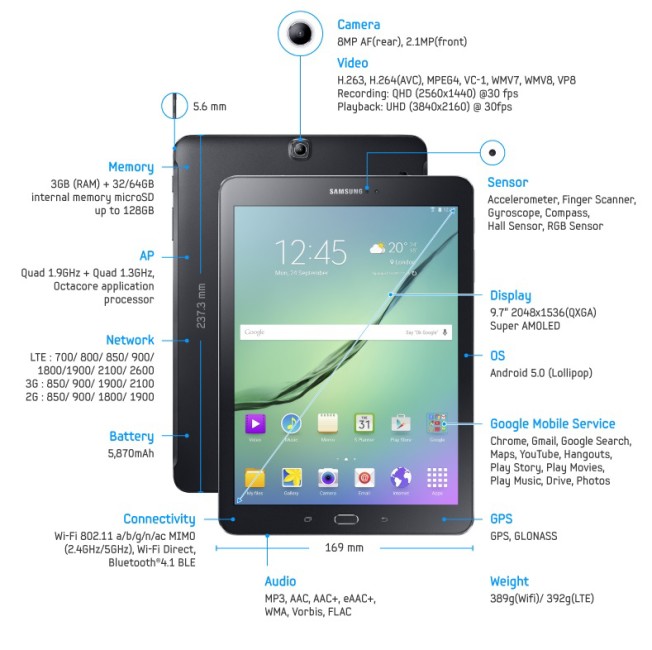 Also shared by both Galaxy Tab S2 models are Android 5.0 Lollipop, the 3GB of RAM, 32GB and 64GB storage options with support for microSD cards up to 128GB as well as 100GB of free cloud storage, the complete cover of all Wi-Fi bands with MIMO dual-band 2.4 GHz and 5 GHZ 802.11 a/b/g/n/ac Wi-Fi Direct support, as well as Bluetooth 4.1 LE. Optional 2G/3G/4G LTE cellular connectivity will be available too for a little premium. They also have stereo speakers on the side edges of the tablet, a 2.1MP front camera and a 8MP rear camera with autofocus and QHD (2560×1440) video recording, but no flash.

The battery capacity is 5870 mAh on the 9.7-inch Samsung Galaxy Tab S2, and 4000 mAh on the 8.0 model, which is lower than on last years models, but with a smaller display and lower display resolution on this year’s models, the battery life should still be around 9 to 10 hours.

What services and apps are installed or bundled in varies depending on the country you buy it in, but from Google it comes with these apps pre-installed: Chrome, Gmail, Google Search, Maps, YouTube, Hangouts, Play Store, Play Movies & TV, Play Music, Drive, and Photos.

From Samsung itself, the Samsung Galaxy Tab S2 first of all has the display perfecting features that goes along with having the best tablet display around (Adobe RGB color standard), with Adaptive Display that automatically adjusts gamma, saturation, and sharpness based on the combined app you are running and the light conditions you are using it in. Reading Mode does something similar to help reduce strain on the eyes when used as an ereader for hours.

Samsung Galaxy Tab S2 comes with Microsoft Office for Android (Microsoft Word, Excel, PowerPoint, OneNote), and with that you also get 100GB of free cloud storage for 2 years.

Other features on the Galaxy Tab S2 include a fingerprint scanner so you can secure it easily and log in easily if you want. It also has multiple-windows multitasking as well as pop-up window tasking which enables you to run multiple apps at once.

Another feature is a new simplified structure for file storage, which is intended to make locating files easier and faster than it has been before. 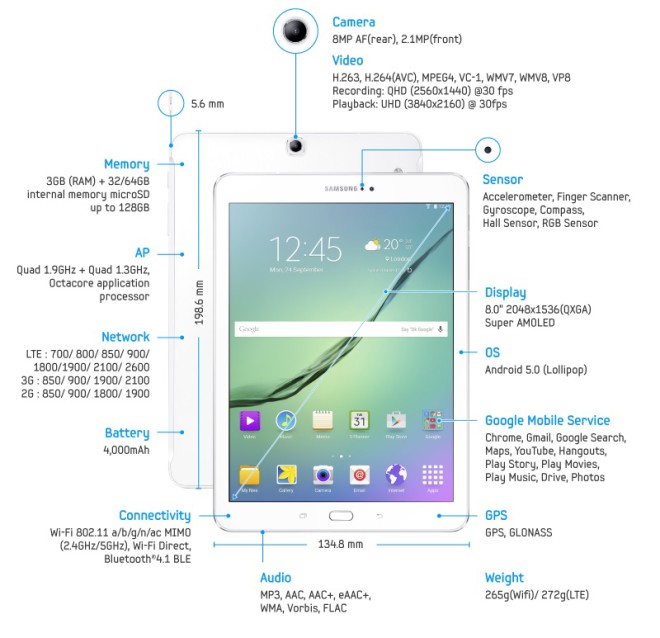 Samsung’s 2nd generation Galaxy Tab S2 tablets are two of the best Android tablets on the market in 2015. Thinner and lighter that Apple’s iPad’s, more powerful than most Android tablets, with a near complete list of specs, Samsung build quality, and they are rich in features too.

For those wondering about alternative tablets with higher specs or tablets that are as complete, there aren’t really many tablets to chose from. A 10.1-inch alternative, but without the 4:3 aspect ratio is the waterproof Sony Xperia Z4 Tablet, which is also thin, light, and has ultra-high specs. It lacks the Super AMOLED display, but Sony’s LED TRILUMINOS display technology has almost the same deep-black technology and sharpness of AMOLED displays, so you’ll hardly notice the difference.

As for an 8-inch alternative with as much power, that would have to be the upcoming Asus ZenPad S 8.0. The ZenPad isn’t as complete as the Samsung Tab S2, but it has some specs that could make it viable alternative.

Related:
Samsung Galaxy Tab S2 Taking Orders In The US 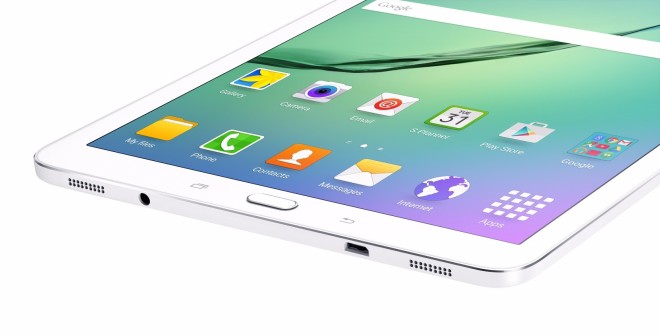 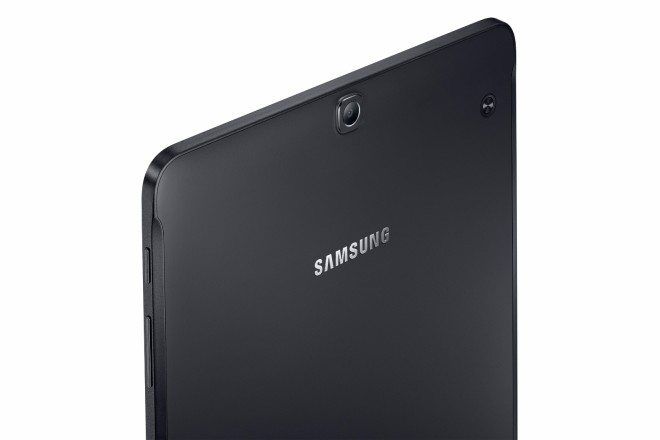 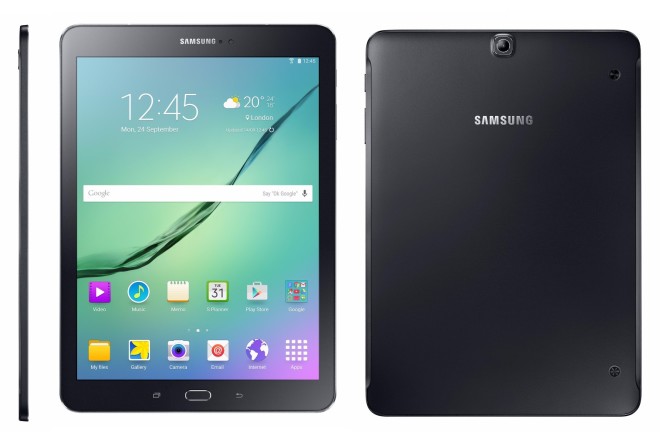 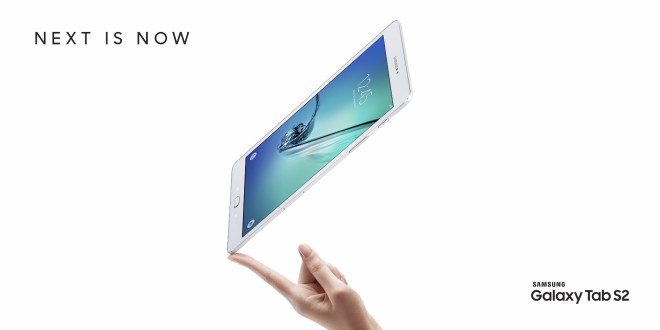