Today it was listed with the Bluetooth certification body with Bluetooth 5.0, although we already had that information through official records. No other relevant new specs were leaked either, the Bluetooth papers just went into detail about the Bluetooth remote control feature.

Given that this tablet has leaked since way back in November, and that even the image of it leaked this week, we should expect this to become the next tablet that Samsung will release. 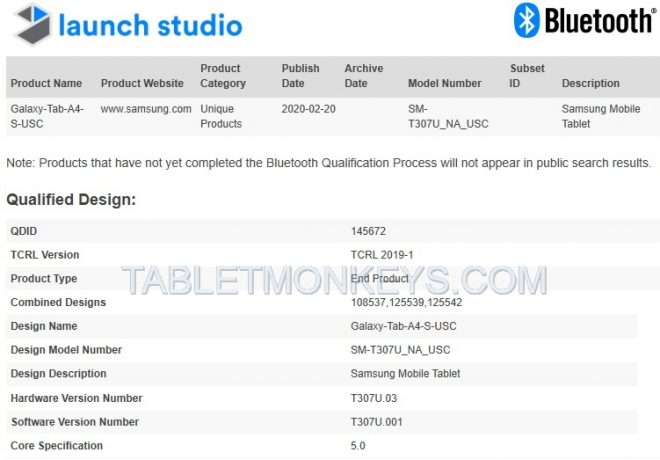 Other unannounced tablets in the pipeline from Samsung, are the Samsung SM-P610 and Samsung SM-T723.