A new device from Samsung leaked today after it had been approved by official regulatory bodies in both South Korea and the US at the same time.

Carrying the model number Samsung SM-T723, this device was approved by the FCC this week. But when studying the specifications and details for it, it was not listed in the usual way with the FCC. So instead of catching a glimpse of the overall device, we only get a few details surrounding an internal component described as “digital attractor.” And that only reveals the radiation and some frequencies for the transmitter, not the internal specs.

It is however described as a device with a screen in the letter of attestation, where it is mentioned that the e-label for this product will be easily available on this Android tablet. It was also tested with a Samsung EP-TA200 charger with USB C. 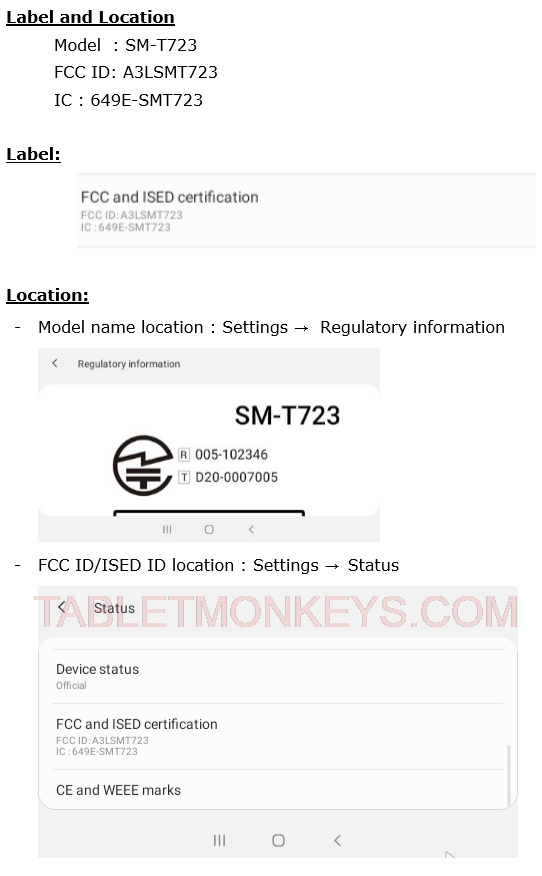 So apart from the dual-band 802.11 a/b/g/n/ac Wi-Fi with SISO, nothing exciting really leaked, other than the fact that just discovered that Samsung have yet another unannounced tablet in the works for us in 2020.