Earlier leaks on coming Samsung tablet for 2021 have said that both an 8.4-inch and an 8.7-inch tablet will be launched by Samsung in 2021.

The most talked about tablet has been the 8.7-inch one, which has been confirmed by Bluetooth records as being named Samsung Galaxy Tab A7 Lite, while carrying model number Samsung SM-T220, SM-T225, and SM-T227 for all the Wi-Fi and 4G versions of it.

Samsung Galaxy Tab A7 Lite has also been confirmed by benchmarks to feature specs like a 2.3 GHz octa-core MediaTek MT8768WT processor, 3GB of RAM, Android 11, Wi-Fi 5, Bluetooth 5.0, a rear camera without LED, while sporting a USB C port and a 3.5mm audio combo jack.

After digging around in the latest FCC records for this tablet today, I also noticed that the officially confirmed dimensions for the Samsung Galaxy Tab A7 Lite are 212.53mm x 124.7mm.

This confirms that this is definitely an 8-inch tablet, and the only remaining question is if it’s an 8.7-inch tablet or an 8.4-inch tablet.

If we look at the only photo seen of the Samsung Galaxy Tab A7 Lite, then the A7 Lite appears to have thinner bezels than usual for and 8-inch Android tablet from Samsung, so that could hypothetically make room for an additional 0.3 inches of screen space, while retaining the outer dimensions. 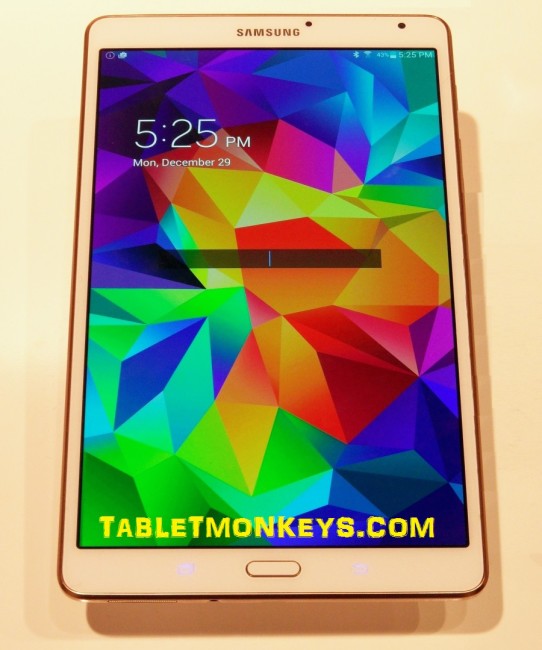