The upcoming new Samsung tablet Samsung Galaxy Tab A7 Lite was confirmed as the tablet with the model number SM-T225 today, after its official Bluetooth certification was published.

This means that it’s also confirmed that the Samsung Galaxy Tab A7 Lite will be the tablet that will feature specs such as a 2.3 GHz octa-core MediaTek MT8768WT processor, 3GB of RAM, Android 11, and 4G LTE. 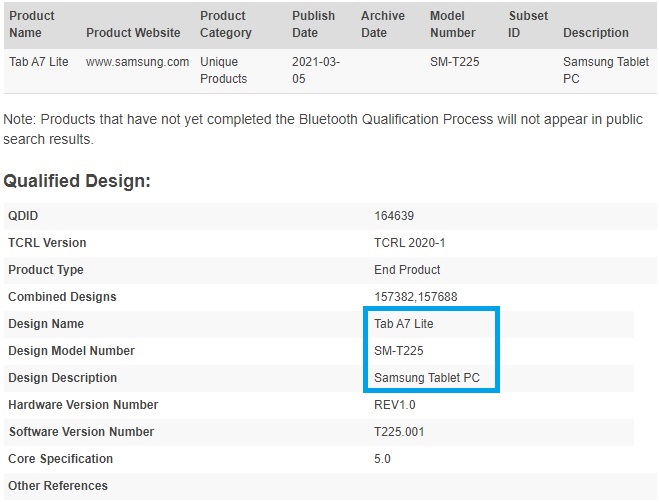 And today it was certified with Bluetooth 5.0 too, and from the illustrations in the FCC approval three days ago, it was confirmed that the rear camera won’t feature a LED light besides it.

From prior leaks it’s been leaked that Samsung Galaxy Tab A7 Lite is a 8.7-inch Samsung tablet that will launch in June.