Samsung’s unannounced new tablet Samsung SM-T225 was filed as FCC approved today, which means it could launch in March or April already.

This Samsung tablet was already benchmarked in January with a 2.3 GHz octa-core MediaTek MT8768WT processor, 3GB of RAM, and Android 11.

The only new specs and features confirmed today was that this is naturally a 4G LTE tablet, and it had been approved while tested with a 4V HQ-3565S battery, the small Adaptive Fast Charging Wall Charger, the more powerful EP-TA50JWE fast charger, a 3.5mm audio jack Samsung headset, and one of their USB C cables. 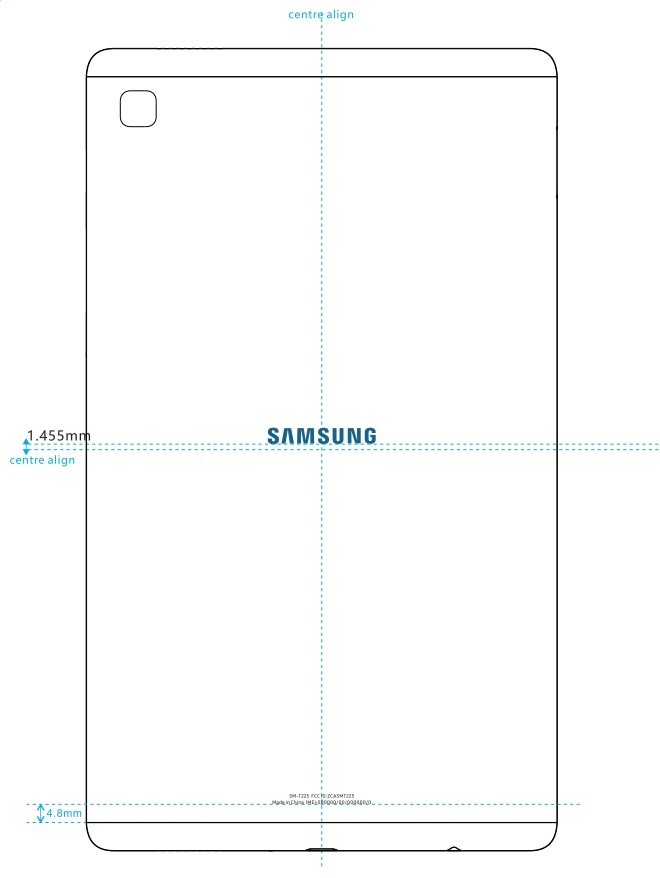 An illustration of the Samsung SM-T225 tablet could be seen too, without specifying the actual size of it. And as you can see, it has a rear camera without any LED flash or light.

But all things considered, the Samsung SM-T225 model number and specs appears to match the features for the 8.7-inch Samsung Galaxy Tab A7 Lite.