A new and still unannounced Samsung tablet with the model number Samsung SM-T225 has shown up on Geekbench 4 this weekend with Android 11.

I’ve got to say that the benchmark scores are nothing to write home about though. In Geekbench 4 it was tested three times, and achieved a single-core score from 793 to 810, and a multi-core score of 3408 to 3439.

Not only that, but it’s something as unusual as a Samsung tablet with a MediaTek chipset. The processor is the 2.3 GHz octa-core MediaTek MT8768WT processor, a processor that will be used on some future TCL tablets, though it was also put to use in the Huawei MediaPad T 8 last year, as well as two Walmart tablets in the Onn brand. 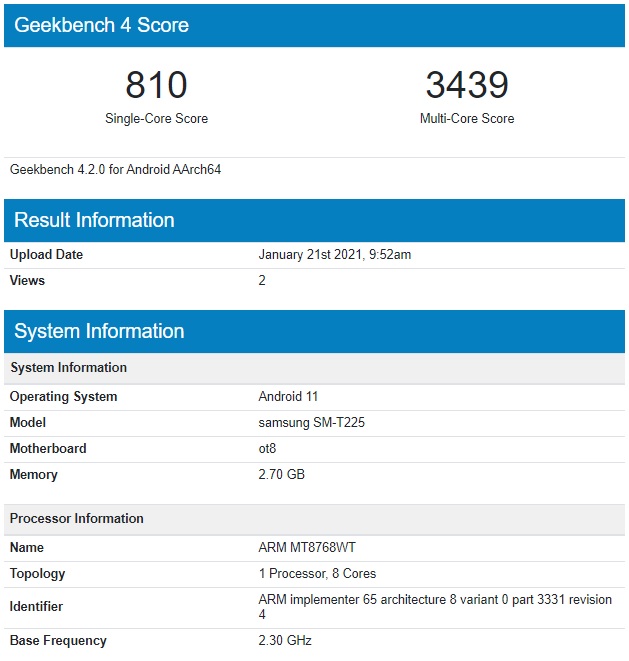 Apart from the processor, the Samsung SM-T225 tablet was also shown to feature 3GB RAM and Android 11.

The model number suggests that this is a Samsung tablet in the 7-inch to 8-inch range, and one with 4G LTE included. It could be the rumored Samsung Galaxy Tab A 8.4″ (2021), but we need more information before we can draw that conclusion.