According to the latest leaks by the reputable leaker and info sharer WalkingCat, a brand new (and first) 8.7-inch Android tablet should be launched by Samsung this summer.

Called the Samsung Galaxy Tab A7 Lite, it is described from some internal presentation material, as an 8.7-inch Android tablet that will launch in June 2021, with a slim metal design, and what is described as immersive entertainment. I don’t know what the latter means, but it could be quad speakers, or it could just be a reference to the long battery life and good screen that all Samsung tablets have. 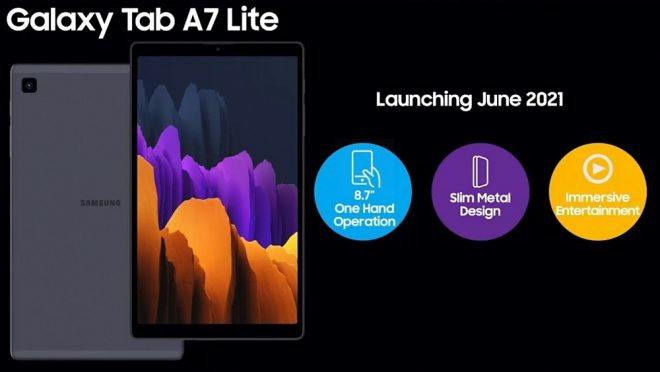