Apple iPad Air 2 was launched today, the 6th generation iPad, 12 months after the unveiling of the iPad Air on October 22 last year. It will start taking pre-orders tomorrow on October 17, just like the competitor Nexus 9, ahead of the release late next week. All versions are now taking orders on Amazon: http://www.amazon.com/Apple-MGLW2LL-Silver-NEWEST-VERSION/

After 225 million iPads sold, this tablet now features iOS 8.1. This OS will start to roll out next week too.
The iPad Air 2 is now thinner, at 6.1 mm, making it one of the thinnest tablets in the world but not the thinnest as Apple claims. Dell Venue 8 7000 is 6 mm thick, just ahead of the Sony Xperia Z3 Compact Tablet.

iPad Air 2 now has the additional color option of rose gold, in addition to white and black, as we mentioned earlier this month. The official names for these colors are silver, space gray, and gold.

The screen is now laminated with zero air gap technology that several tablets have, even Acer tablets, and the anti-reflective technology have improved, with 56% less reflectivity over the old model.

The new Apple A8X processor is 40% faster than on the the iPad Air, while the GPU is 250% faster, with the M8 coprocesor tracking motion and elevation too.

The rear camera is now a 8MP f/2.4 iSight camera with 1080p video recording support and it offers the ability to shoot 43MP panorama pictures as well as compose timelapse videos. The FaceTime HD front camera have been improved with a f/2.2 aperture which offers more light.

The iPad Air 2 now has the Touch ID fingerprint identity sensor beneath the home button for using Apple Pay payment features, unlocking the tablet, and related security functions. A new app included is Pixelmator, a video montage app that stiches videos together for you. Oh, and there’s now officially 675.000 apps in Appstore, so there’s plenty to choose from.

A Handoff feature lets users synch work on one iOS 8 device and carry on with the work even on a OS X Mac. In addition, if an iPhone and iPad is connected to the same Wi-Fi router, you can now answer and make calls on the iPad, just like you can on high-end Samsung and LG tablets.

The prices for the various iPad Air 2 models are as follows:

If you are wondering what tablet would be the equivalent of the iPad Air 2 in the Android world and you have $499 to spend on a tablet computer, then the Samsung Galaxy Tab S is worth a look. 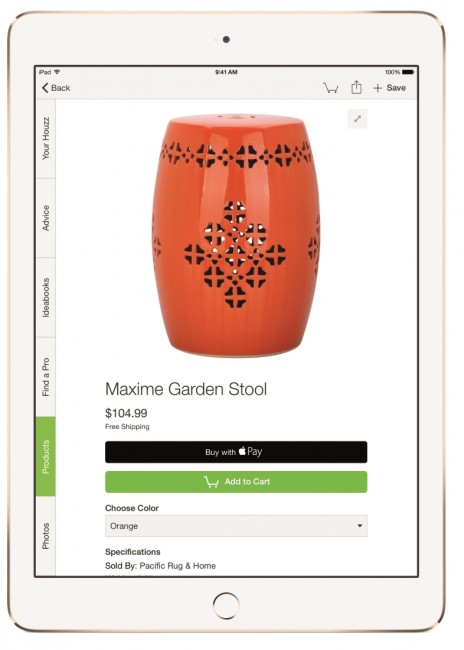 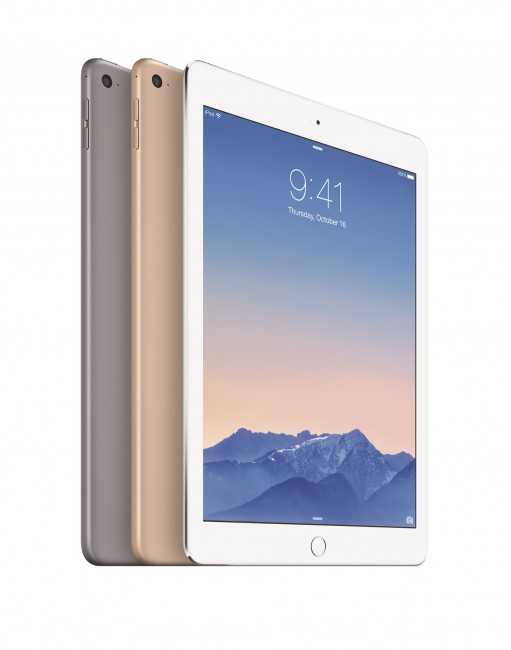