I asked Samsung what Samsung tablets will be eligible for the Android 8.0 update, and they sent me the link to the official North American update page for the upcoming Samsung tablets that will be treated to Oreo.

Listed among them is what at first sounds like a new mystery tablet called Samsung Tab A8, but that turned out to actually just be the Tab A 8.0. Though it made me happy to learn that Samsung have their share of spelling mistakes too just like I do.

From before we already knew that the Samsung Galaxy Tab S3 had been officially certified with Android 8.0, and that it was just a question of when the update would arrive. Samsung now says that the update will arrive between spring and summer, so that would make it any day now. 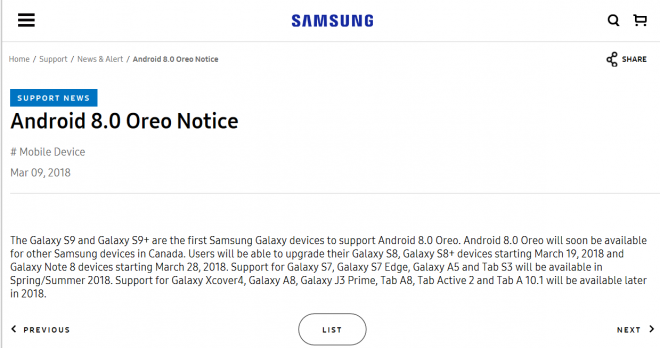