The Samsung Galaxy Tab S3 started taking pre-orders in the US during the last 24 hours, with a short 1 week pre-order time ahead of launch, before the March 24 release date in North America. The price begins at $597 ahead of launch, and there are some Samsung Galaxy Tab S3 bundles to chose from too that includes S Pen and free memory cards: https://www.amazon.com/Samsung-Galaxy-9-7-Inch-Tablet-SM-T820

The mighty Samsung Galaxy Tab S3 is the best Android tablet of 2017, and it finally has it all. If not, then what would be lacking in the Samsung Tab S3? It comes with the newest Android 7.0 Nougat OS, it has an award winning 9.7-inch retina display that’s rated the best tablet display ever tested, with it’s 2048 x 1536 resolution Super AMOLED display, active digitizer support, and even an included S Pen.

Tab S3 is a lot faster than its predecessor too, now that it has 4GB of RAM and is powered by a much more powerful Qualcomm Snapdragon 820 processor, with single-core scores being 70% higher in Geekbench benchmark tests compared to the Tab S2. And with such a more gaming friendly graphics processor, this will be a popular tablet among gamers too. On the storage front, it has 32GB of built-in storage, and microSD card expansion up to as much as 256GB. Samsung will also give Tab S3 owners 15GB of free Samsung cloud storage. 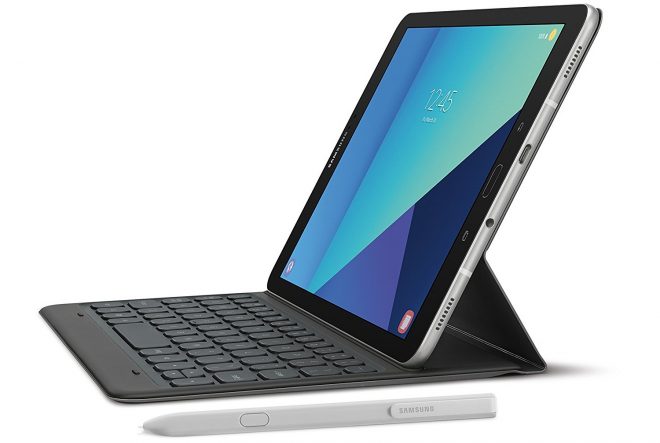 The new S Pen can be used as a mouse, as a digitizer, and to write and draw with, with an extremely long list of features to support the pen and make it useful with. And it’s a cutting edge digitizer too, with 4096 pressure levels. You can even make notes on the screen when it’s turned off. But there’s lots of other apps and features included with this tablet too, like we can expect on a flagship tablet from Samsung, from the ability of pairing it fully with smartphones to advanced security features, free games, and lots of tools for both productivity and creativity.

The 4 AKG speakers are also an important upgrade, first of all because it makes the sound much better than we are used to from tablets. Music, movies, and other audio pop a lot more with much greater bass and a feeling of full sound. Samsung also place a speaker in each corner, and these 4 speakers will rotate according to the position you are holding it in.

And speaking of holding, it feels great to hold in the hand, with 6 mm round edges, perfect balance, and a very low weight of 429 grams.

4K video recording is also possible on this tablet now, since the Samsung Galaxy Tab S3 has been upgraded massively to feature a 13MP rear camera with LED flash, which can record 4K videos in UHD 3840 x 2160 at 30 fps. And on the front of this tablet there is a 5MP camera which can record Full HD video.

To secure the Galaxy Tab S3, it has a fingerprint reader located in the home button, but since this is a flagship tablet for Samsung it has every other imaginable tablet sensor as well, from navigation sensors such as GPS, GLONASS, BEIDOU, and GALILEO, to accelerometer, hall sensor, RGB sensor, gyro, and geometric sensor. So wherever you go in the world with this tablet, it will be impossible to get lost.

I like how Samsung made this such a future-proof tablet that it will be modern even 3 years from now. The same goes for the design. Color options are black or silver, but the black is always the most popular one.

Now that the Samsung Galaxy Tab S3 has a 4096 pressure levels sensitive pen, 4GB of RAM, a fast processor, 4K video recording, rotating quad speakers with bass, and Android 7.0 Nougat, it is unbeatable as an Android tablet. And it looks like it will be in that position for a long time too, since none of the competitors have been leaked with anything close to the Samsung Galaxy Tab S3. 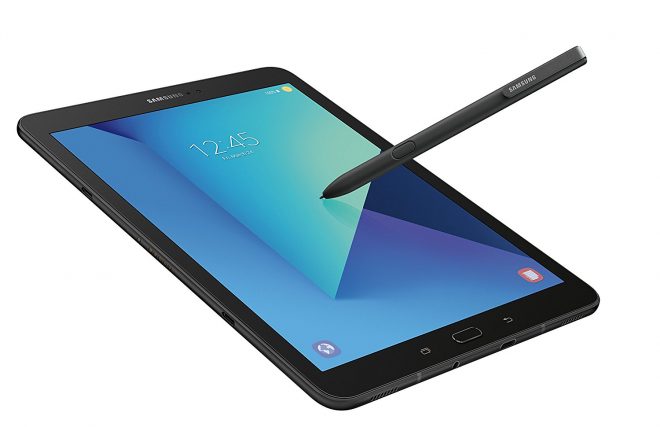 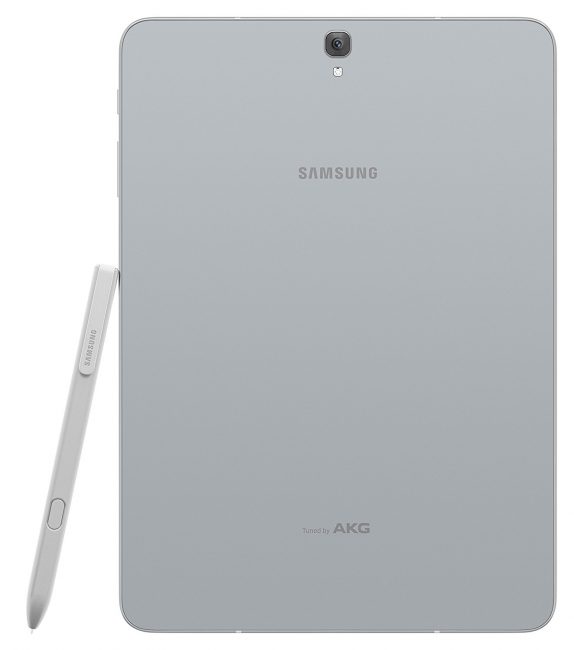 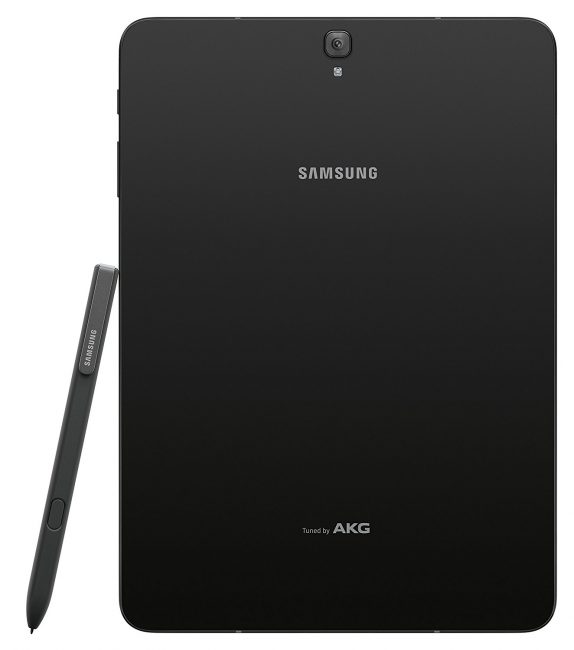 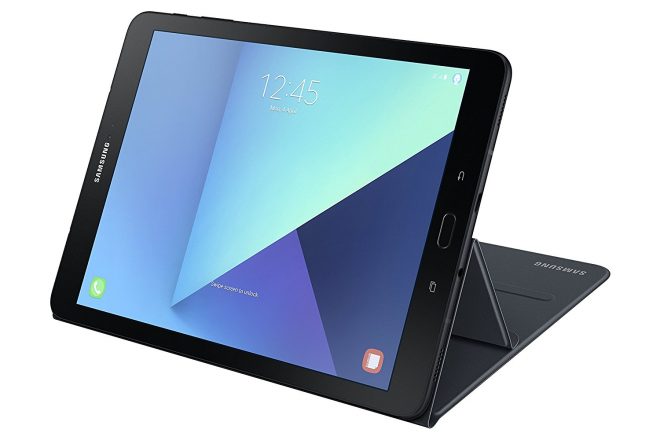 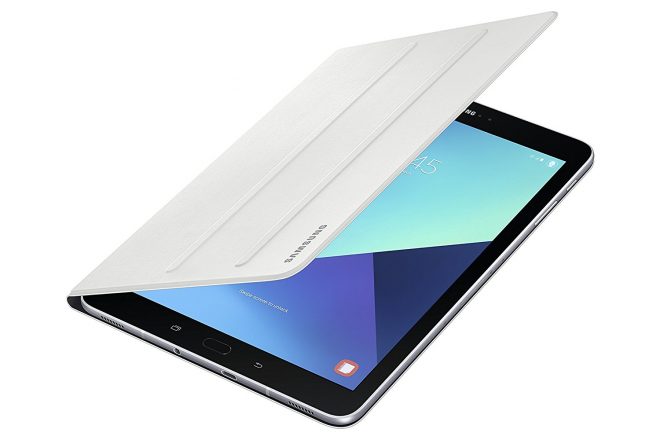 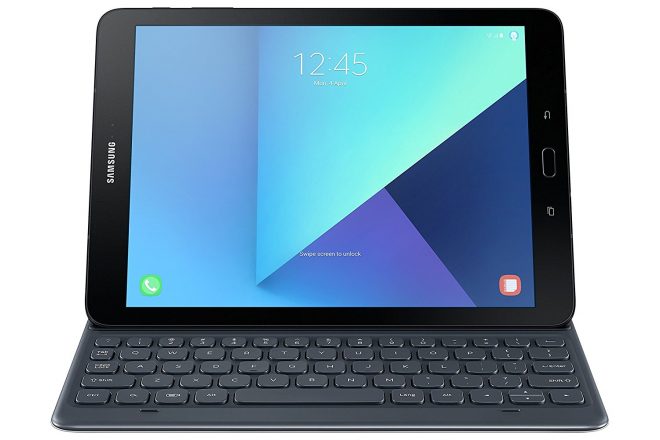 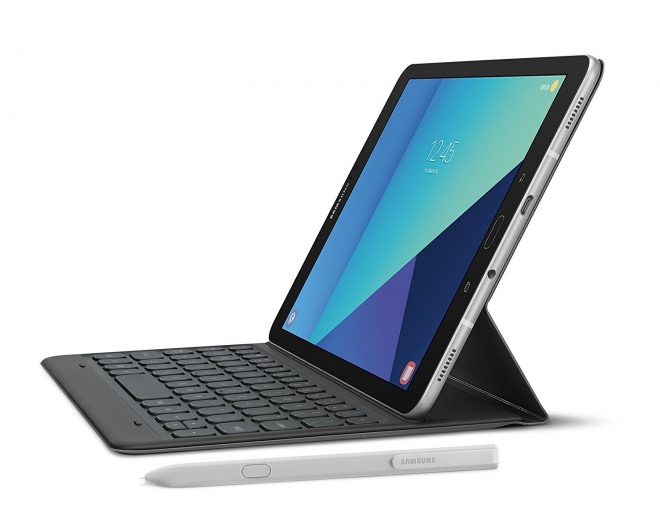 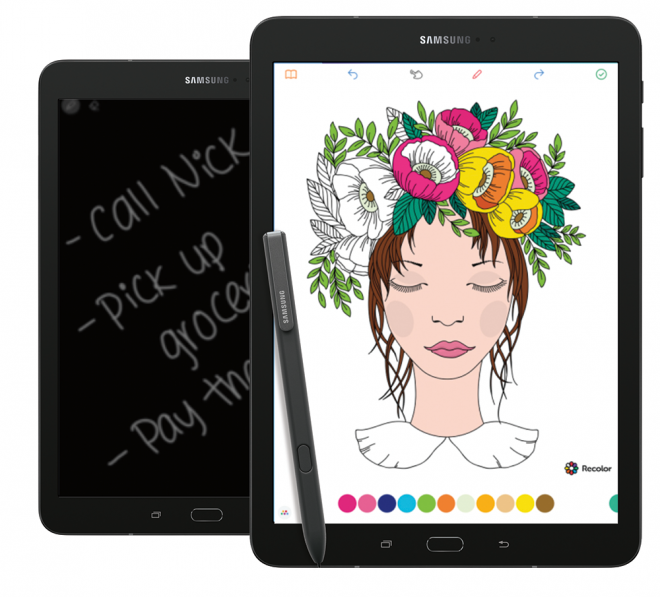