The certification came from the official Wi-Fi certification body, so the good thing about this is that the information is now official and verified. So now all we have to do is wait for a short while before the Samsung’s Tab S3 receives its Android 8.0 OTA update automatically.

Of course, the Android update was expected too since this is Samsung’s Android flagship tablet, and the S-series always enjoys years of Android updates. 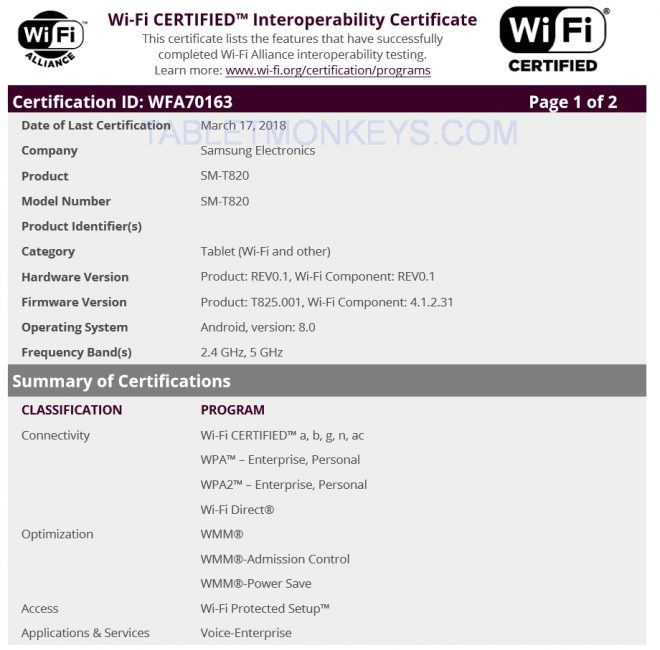