More good news today, since after months of covering the Samsung Galaxy Tab A 10.1 with S Pen (SM-P580), we learned today that the US release date is now set to October 29:
https://www.amazon.com/Samsung-SM-T580NZKAXAR-Galaxy-Tablet 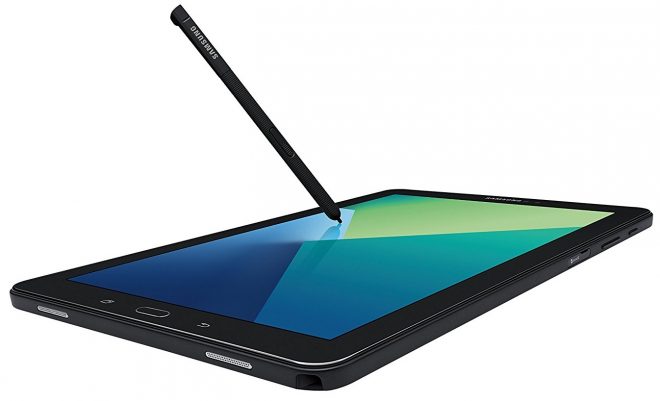 The Samsung S Pen is a digitizer that slots neatly into the back of the tablet where it is attached securely, but also quick to pull out when you need it, and to make use of it, Samsung have filled this tablet with many apps and features that makes the S Pen and tablet come alive.

The Samsung Galaxy Tab A 10.1 with S Pen battery life is 13 hours long because it has a 7300 mAh battery and Samsung’s power management.

It has a 2MP front camera and a 8MP rear camera with LED flash for taking pictures or shooting videos in the dark. It otherwise has stereo speakers, a 3.5 mm audio combo jack, GPS, Glonass, accelerometer, hall sensor and light sensor.

As for dimensions, even with the integrated S Pen, this tablet is still just 8.2 mm thick and only weighs 554 grams.

The Samsung Galaxy Tab A 10.1 with S Pen is a lot more advanced than a lot of people would imagine. Samsung didn’t just integrate a pen and added some features, they have really thought this through. And of course they have years of experience with Note tablets and phones, so they know what works and not. You can even write on the screen without turning this tablet on! So wherever you are, you can always just pull this tablet ouf of your bag, purse, or pocket, and start making notes immediately. These notes will then be automatically saved to Samsung Notes when the S Pen is pushed back into the slot.

The S Pen has a button on it that works just like a button on a computer mouse, which for instance you can use to highlight or cut and paste text.

Some of the other S Pen features include Air Command which lets users access many features and apps for the S Pen, such as Note taking, writing memos on screenshots, translations of highlighted text, shortcuts, hovering Air Buttons that resize windows or split screens, and more. So the stylus or digitizer that is the S Pen, adds so many features to this tablet, that I think a lot of productive people are simply going to love it.

In addition to supporting split multi windows for running 2 apps at once, it also supports scalable semi-overlapping pop-up windows as an alternative to multi window.

The Samsung Galaxy Tab A 10.1 with S Pen color options are either black or white with the integrated S Pens having colors matching the tablet. The launch date is October 29 for both the black (SM-P580NZKAXAR) model and the white (SM-P580NZWAXAR) model. 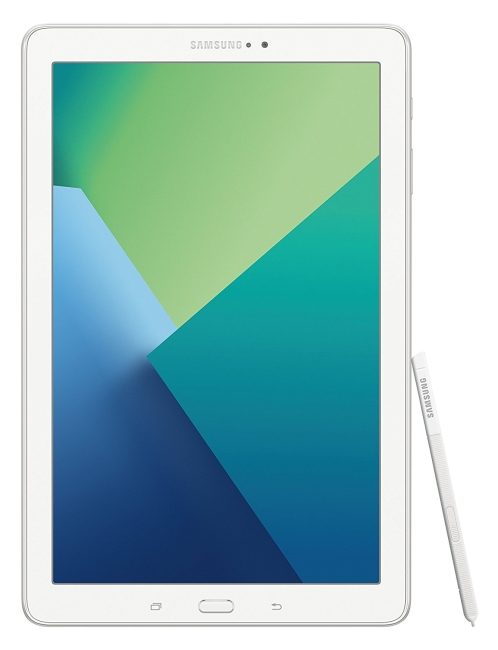 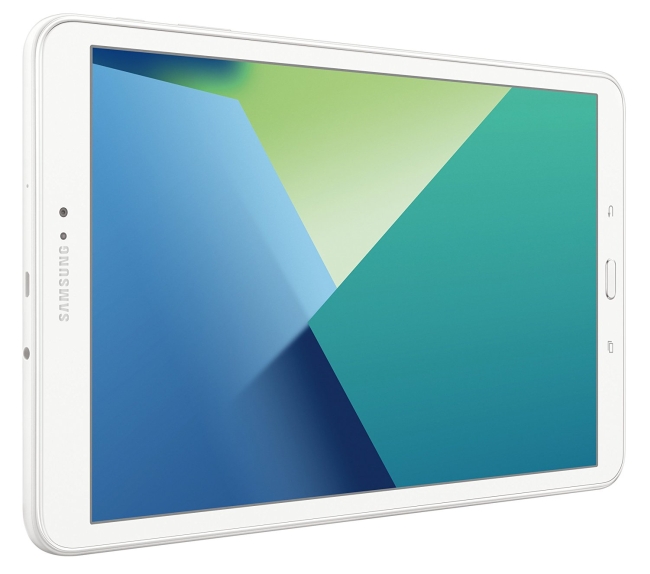 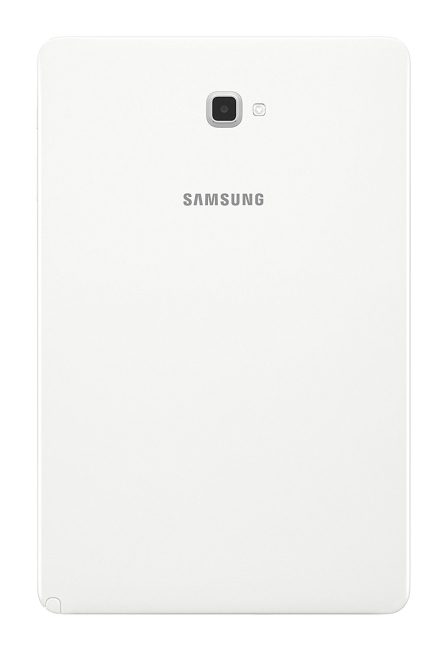 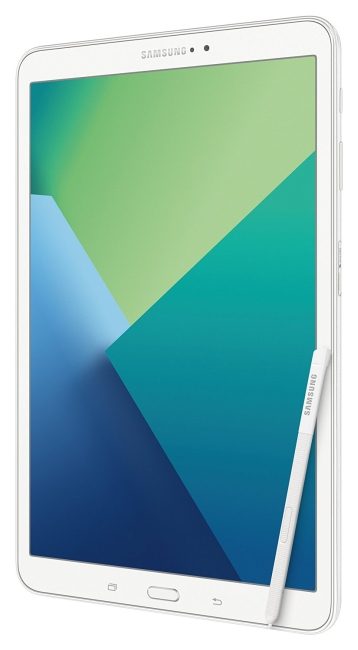 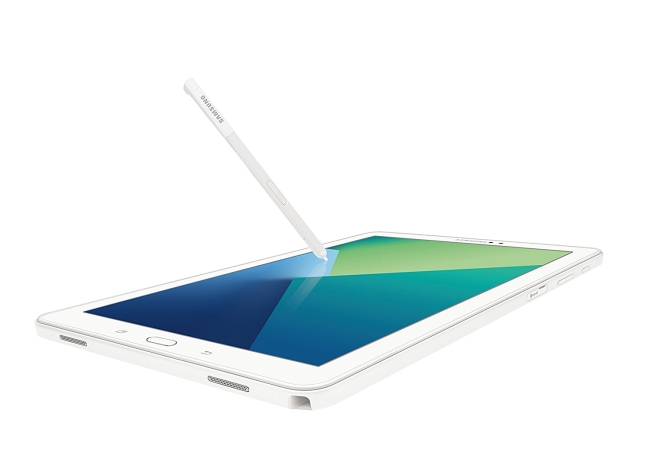 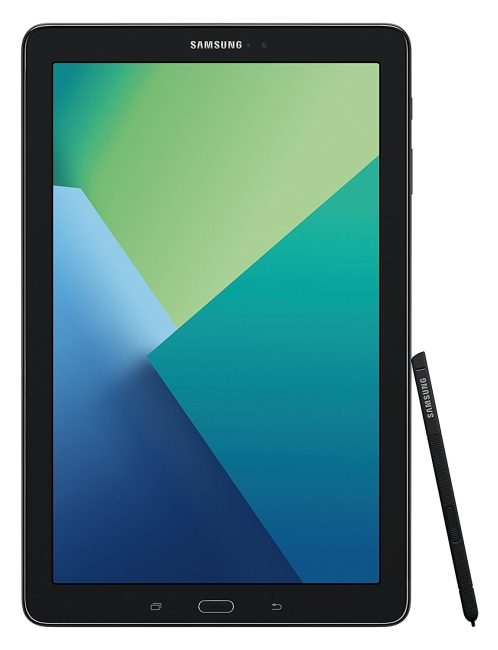 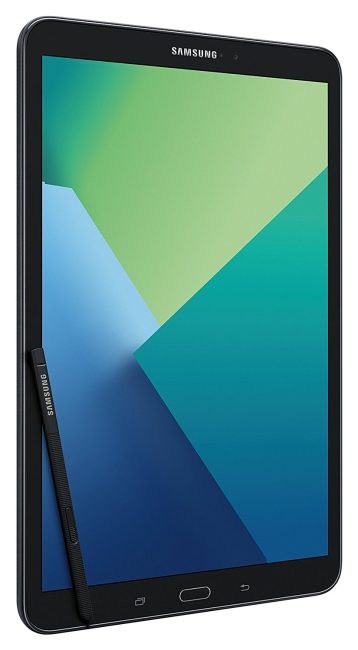 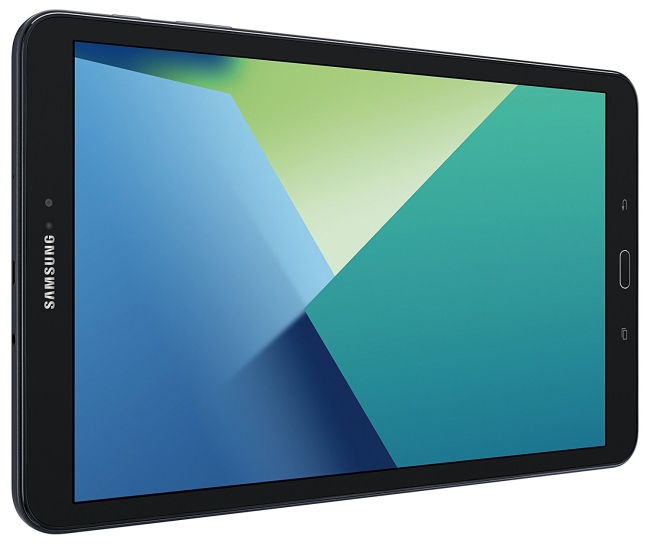 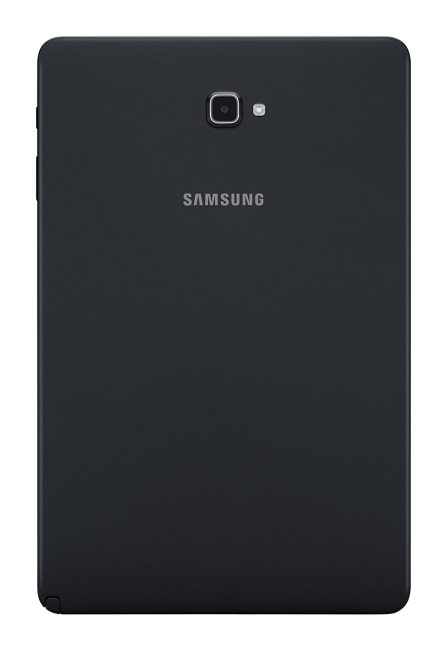