The Wi-Fi Alliance has officially approved three more Samsung tablets with the Android 11 update, so we can expect the Android 11 rollout for these tablets after a couple of weeks from now.

All of these three Samsung tablets have been running Android 10 for a while, but will be updated one by one over the summer, typically starting with the 4G editions for each model. 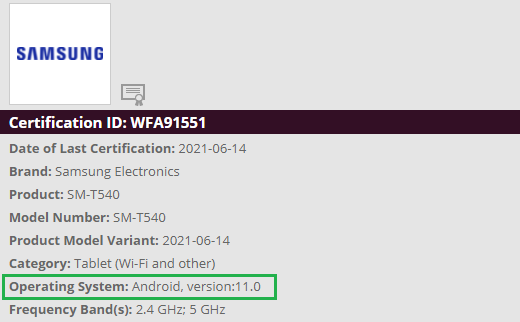 These June updates comes after other Android 11 updates were approved by the same Wi-Fi certification body during the spring on four other Samsung tablets.