The cheapest new Android 9.0 tablet from Samsung was launched in the US too yesterday, and from some stores it has been released already as Amazon have started shipping some models of the Samsung Galaxy Tab A 10.1 (2019) (SM-T510) though it wasn’t supposed to be released before April 30:
Amazon: https://www.amazon.com/stores/page/EE710F60
Samsung: https://www.samsung.com/us/mobile/tablets/galaxy-tab-a/galaxy-tab-a-10-1/

But people will still get a good tablet overall, despite the low price. It’s only people who want to play the heaviest Android games and other heavy tasks that may want to consider the more powerful Samsung Galaxy Tab S5e instead. 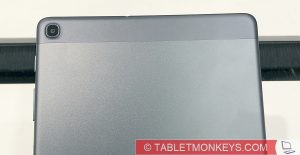 With average Samsung Galaxy Tab A 10.1 (2019) benchmark scores of 1275 in single-core and 4000 in multi-core scores on Geekbench 4, it fast enough as a web browser, for running media apps and watch movies even in 4K, run social media apps in the background, and all of those sorts of typical apps. 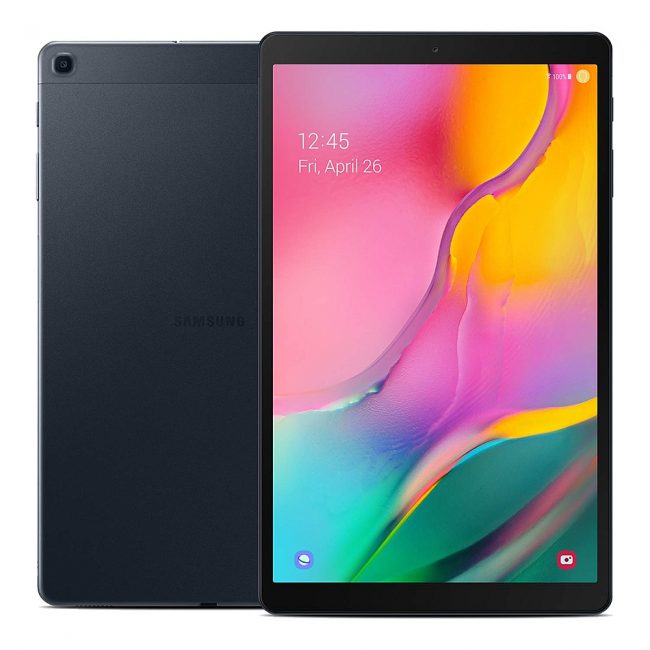 The new Samsung Galaxy Tab A 10.1 is powered by the octa-core 1.8 GHz Samsung Exynos 7904A processor, with 2GB of RAM, and 3 storage options, all with support for microSD cards up to 512GB.

The 10.1-inch wide screen has a Full HD resolution display at 1920 x 1200, with stereo speakers, a 5MP front camera, and a 8MP rear camera with Full HD video recording.

It also features navigation sensors like GPS, Glonass, Beidou if you want to use it like a large map in your car or whatnot.

Another main aspect this cheap Samsung tablet is that it’s also the 3rd lightest tablet in the 10-inch tablet category of Android tablets. Weighing just 469 grams, the Galaxy Tab A 10.1 (2019) is only beaten by the extremely light Samsung Galaxy Tab S5e (400 grams) and the Lenovo Tab P10 (440 grams). So that makes it a very light tablet.

With a thickness of 7.5mm it’s pretty thin too. There are 3 color options to chose from, with these being black, silver, or gold. 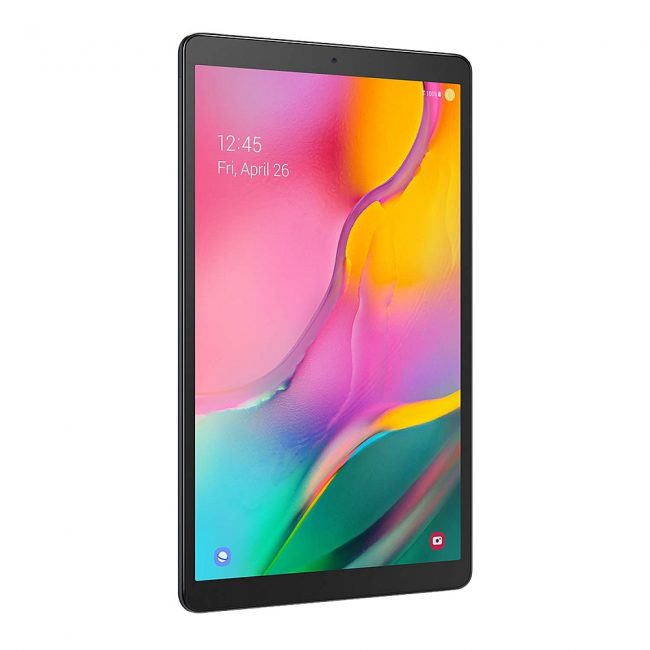 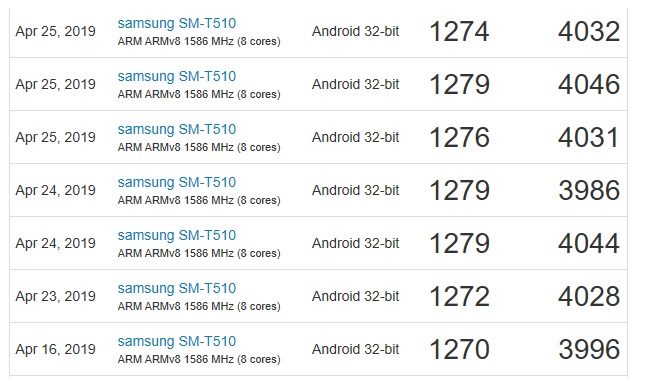