According to leak central Evleaks, the specifications for the next Sony Xperia Tablet Z is here.

The first Sony Xperia Tablet Z had solid specs upon launch when it was announced in January last year, and if the leaks are true, the succeeding tablet will continue to be solid, only lacking the most high-resolution display to beat its competitors.

Expected to be unveiled at Mobile World Congress next week, it features a quad-core Qualcomm Snapdragon 800 processor at 2.3GHz, it will continue to use a 10.1-inch screen with a 1920 x 1200 resolution display. RAM is increased to 3GB, the battery capacity is 6000mAh, it will continue to be very thin at 6.4mm, it’s equipped with Android 4.4 Kitkat, and will continue its waterproofing too. 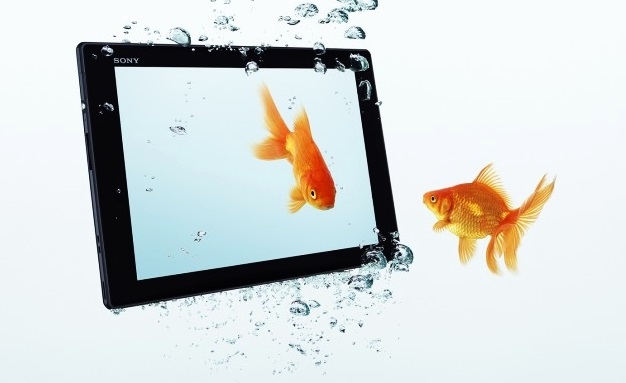 Sony Xperia Tablet Z, with nr 2 expected to be waterproof too

So upgrades in all the right places, and typically for Sony, they opted to use the high-contrast and color rich Triluminos display for a a better viewing experience, instead of upping the number of pixels.

There are two upsides to this. First of all, the display quality is so good already that you may ask what an increase in pixels to surpass the FHD standard could bring to the table anyway. And secondly, if it had a 2560 x 1600 resolution display like the Samsung Galaxy TabPRO and Galaxy Note, it would decrease the battery life.