Android developer Paul O’Brien suggests that October 16, 2014 could be the day when we finally get to see a official HTC Nexus 9 event. This is solely based on a tip he got though, so it’s not the most reliable announcement in the world.

(UPDATED: The Nexus 9 tablet was announced jointly by HTC and Google on October 15.)

Anonymous tipster: The HTC Nexus 9 will be launched on 16th October…

The actual Google/HTC Nexus 9 tablet itself have been confirmed by the chip manufacturer NVIDIA, so at least we feel confident about the HTC Nexus 9 having a NVIDIA Tegra K1 processor on board, just like the Xiaomi MiPad and NVIDIA Shield Tablet have.

In addition to hardware, there’s also the expectation of new software and features, in particular the launch of Android L 5 alongside the launch of the new Google tablet. And what better way to show off a new tablet than with a new OS too?

Below is an image of the new Android L 5 user interface. As we can see, the three menu buttons have changed from the familiar Android design of the last few years. 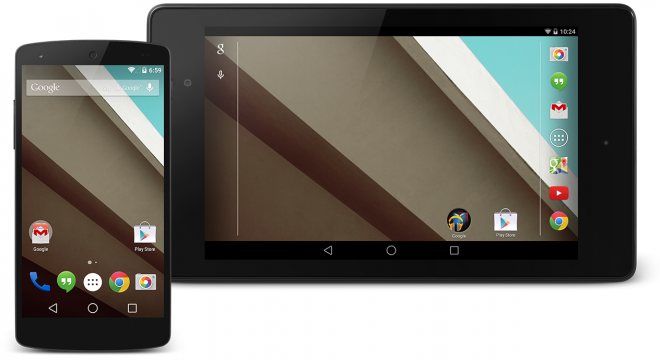