In a rare case of leaks coming from a lawsuit by NVIDIA against Samsung, NVIDIA, the manufacturer of the Tegra K1 processor unit, have inadvertently leaked the confirmation of the existence of HTC Nexus 9.

In the legal documents, the text reads: “The HTC Nexus 9, expected in the third quarter of 2014, is also expected to use the Tegra K1.” And while there is nothing new about the expected use of a Tegra K1 processor in the Nexus 9, this is by far the most official leak to date, which confirms both the manufacturer and the chip.

And of course, the documents also states that NVIDIA expects the Nexus 9 to be launched in Q3 this year. So it shouldn’t be too long now before we get to see the Google/HTC Nexus 9 for real. 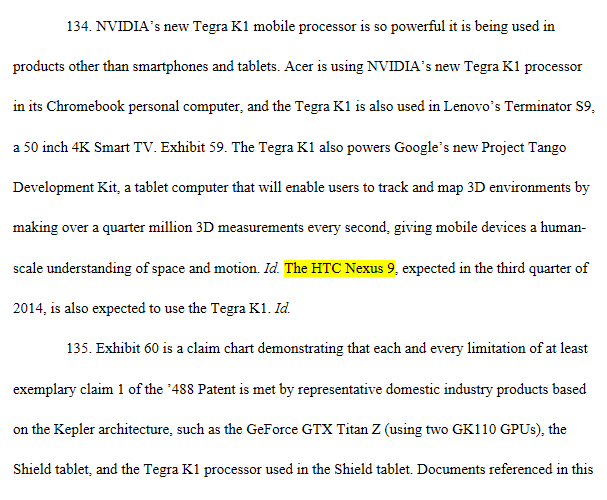