Huawei announced the Huawei MateBook E 2022 today, which is the first new MateBook in tablet form for years. It is launching in China first from $940 on December 3.

The new Huawei MateBook E 2022 is a 12.6-inch Windows 11 2-in-1 tablet with a slim and portable design, keeping in line with its heritage.

This Windows tablet has a lot of things going for it, including an OLED display with a resolution of 2560 x 1600 pixels, up to 600 nits brightness, and digitizer support. 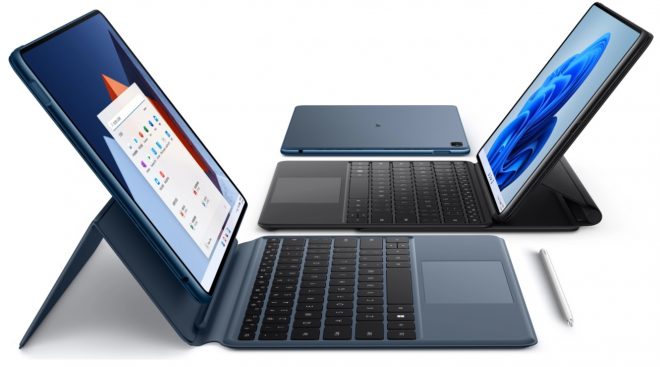 The MateBook designers have always understood functional design, so one thing that’s new now is that Huawei is introducing optional keyboard covers. Either a smart magnetic keyboard with the typical rear kickstand you can pull out, or a sliding keyboard that keeps the tablet upright, just like Apple’s iPad keyboards.

Both keyboards feature a large trackpad too. So those are good options.

The other aspecs of the Huawei MateBook E 2022 are good too, as it’s equipped with both quad speakers as well as quad mics, Wi-Fi 6, support for the magnetically attachable Huawei M-Pencil, Bluetooth 5.1, a 42 Wh / 3665mAh battery, an 8MP front camera, a 13MP rear camera, a USB c port with Thunderbolt 4 and 65W charging, a 3.5mm audio combo jack, and a fingerprint reader in the power button.

Color options are black/grey and dark blue metallic. The weigh is pretty good for a tablet of this size, at 709 grams, with a thickness of 7.99mm. Due to the powerful processors, the Huawei MateBook E 2022 actually has fans on the inside to cool it down, which is why it would be hard to make it even slimmer.

Since Huawei’s new MateBook E features Intel processors and Windows 11, it should launch outside of China too eventually, even if Huawei haven’t announced those plans yet. 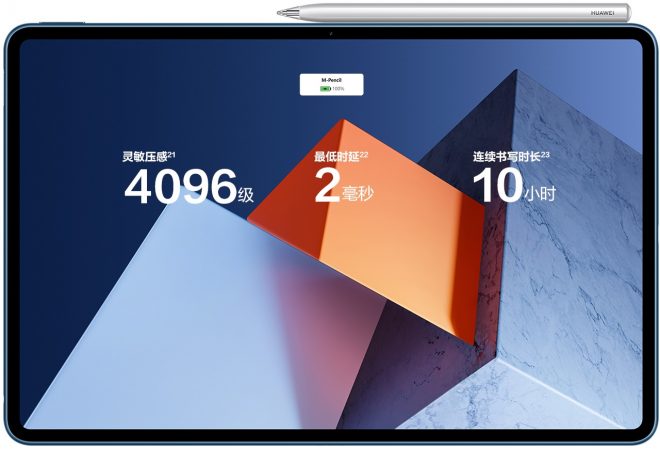