Lenovo officially announced the Windows 8 enterprise tablet Lenovo ThinkPad 10 today. We have written about the Lenovo ThinkPad 10 a few times before the official unveiling already, but we’ll wrap it all up here now that this tablet is finally official: http://www.amazon.com/Lenovo-ThinkPad-10

The Lenovo ThinkPad 10 is essentially a 64-bit Windows 8.1 / 8.1 Pro enterprise/business tablet with enterprise tablet features with support for an optional digitizer.

As a part of Lenovo’s ThinkPad line of computer devices it comes in a black aluminium house with its customary red marks. 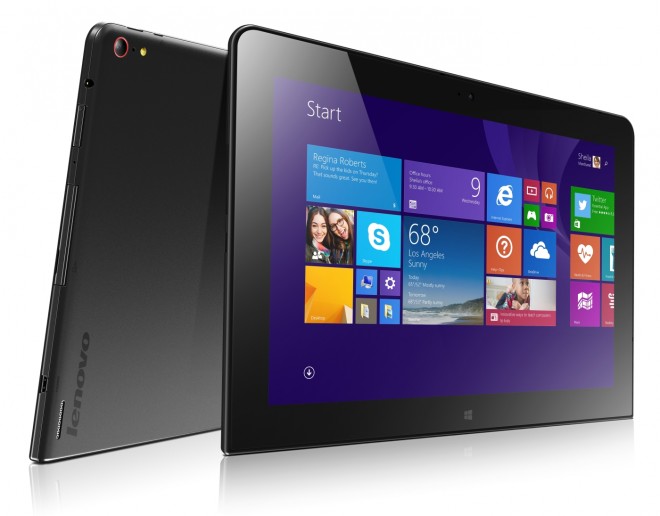 The specs depends on the particular model, so there are at least three different models of the Lenovo ThinkPad 10. The first choice is between Windows 8.1 and 8.1 Pro, followed by the choice of 2GB or 4GB of LPDDR3 RAM (1067MHz). The processor is a quad-core Intel Atom Z3795 Bay Trail CPU with a max Turbo speed of 2.4GHz. This CPU is supported by the Intel HD Graphics GPU.

The screen is 10.1 inches wide with a 10-finger touch display and a Full HD resolution of 1920 x 1200. To give you something to look at, ThinkPad 10 have a 2MP front camera and a 8MP rear camera with LED flash, both of which supports 1080p video recording.

Through the optional docking station accessory it’s possible to get USB 3.0 as well. Business features like fingerprint reader will become available on this tablet, but not in time for launch of the first models we are told by Lenovo.

The entry version of Lenovo ThinkPad 10 will according to Lenovo be released in June (“Lenovo time”) for $599. If you dont want to wait until June for a enterprise tablet with an Intel Atom Z3795 processor, then HP ElitePad 1000 G2 is there already.

In other words, mostly software that is free anyway, in addition to Lenovo’s support and management software.

Accessories include the aforementioned $50 digitizer pen, so it’s not an integrated digitizer as many people had hoped for, and there is no pen slot in the tablet either. Instead the pen slot have been relocated to the optional keyboard. Other official accessories for ThinkPad 10 are the $59 Quickshot cover, $69 rugged case, $119 touch case, the $129 ultrabook keyboard, and the $119 tablet dock.

Lenovo have an official page for ThinkPad 10, which at the time of writing is empty: ThinkPad 10 page

Their 2 official videos released a few hours ago, seen below, have more content to them though. 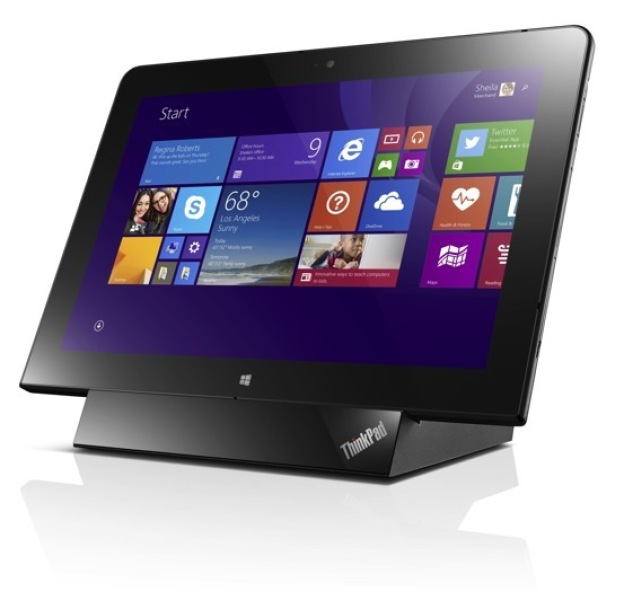 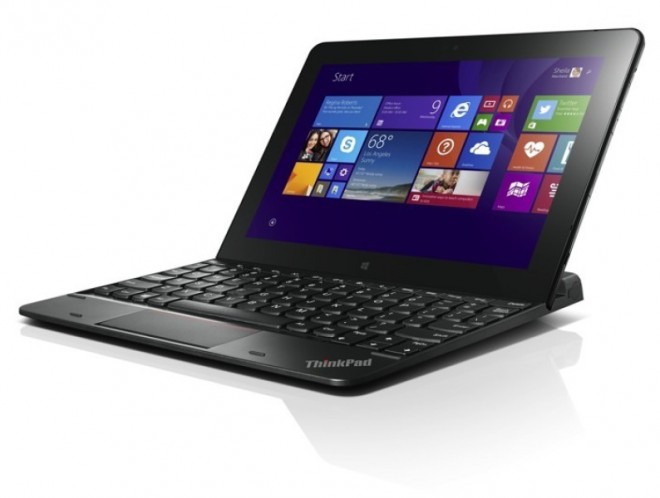