It had already been estimated by a respected journalist in Germany since the middle of April, but today it was made official by Huawei itself, that Huawei will indeed unveil their 3 new Huawei MateBook tablets and laptops in Berlin on May 23.

The announcement came via Huawei Mobile’s Twitter account today, where Huawei also announced the live streaming of the upcoming May 23, 2017 event, starting 14:00 CEST. And while the event is held in Berlin, Huawei calls it a “Huawei global product launch.” 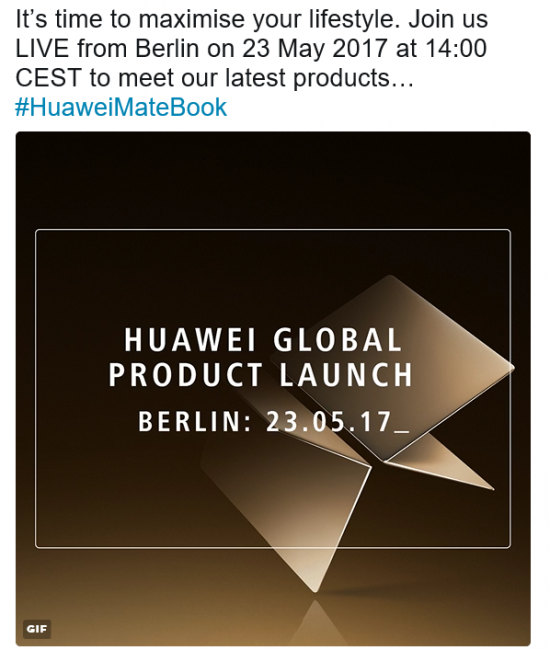 The known Huawei Matebook family of upcoming Windows 10 2-in-1 tablets and laptops are:

The original Huawei MateBook is a 12-inch ultraportable Windows 10 2-in-1 tablet that was unveiled on February 21, 2016. It has been a competitor and alternative to the Samsung Galaxy TabPro S. This rivaling will continue with the new Huawei MateBook 2 as well, but now against the new “Kaby Lake” powered Samsung Galaxy Book 12.

The first 12-inch Huawei MateBook 2-in-1