Samsung Galaxy Book 12 is the improved successor to the Samsung Galaxy TabPro S. The predecessor was already a great Windows 10 2-in-1 tablet, and the first powerful 12-inch Windows tablet to be a truly slim and light 2-in-1 tablet. 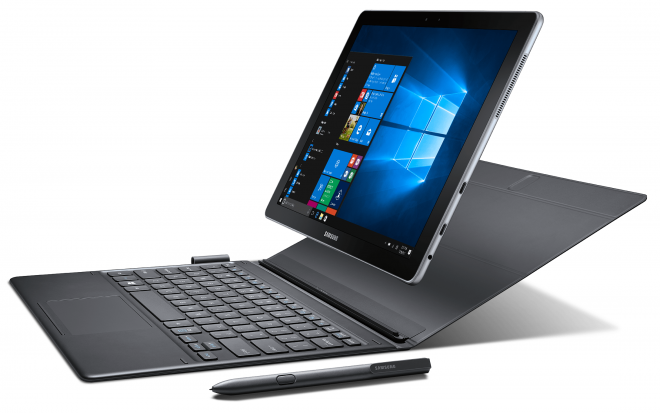 The main changes are just what the owners (and prospective owners) wanted changed. The first one is the change from the Intel Core m3 processor to the faster Intel Core i5 processor, as it’s now powered by the 7th generation 3.1 GHz Intel Core i5-7200U “Kaby Lake” processor. A second change is the much improved digitizer pen with better specs, better performance, and new features, as the new digitizer pen which is included with the tablet, is the new Samsung S Pen with 4096 pressure levels of sensitivity.

And because Samsung worked with Microsoft in the development of the Samsung Galaxy Book 12, it features Windows Ink. So the versatility of the stylus features on this tablet are unmatched by any tablet in this category, as it enables users to write naturally and even create the effect of tilting the pen on some of the first apps that supports this, from the likes of Adobe.

The buttons on the S Pen can be set up to work like the buttons on a mouse, and the pen doesn’t need battery replacements either, and has a flip on the side of the keyboard cover to slip into.

The smartphone pairing and syncing feature Samsung Flow was there from before, and enables fast and easy transfer of files, messages, and mirroring of the smartphone easily. But new features now includes two USB 3.1 Type-C ports, as well as a 13MP rear camera and a 5MP front camera with Full HD support.

The included keyboard cover with the Samsung Galaxy Book 12 have been changed just a tiny bit, and now features 3 levels of adjustable backlight. The keyboard cover has also changed a little bit to add an additional stand position that supports a slightly tilted angle for drawing and writing.

The other specs were already very good, so they have stayed the same, including the 12-inch screen with Super AMOLED display and a resolution of 2160 x 1440, 256GB microSD card support, complete Wi-Fi cover with 2×2 MIMO 802.11 a/b/g/n/ac Wi-Fi, Bluetooth 4.1, stereo speakers, GPS, GLONASS, accelerometer, hall sensor, light sensor, and a 3.5 mm audio combo jack.

The new Samsung Galaxy Book 12 is priced at the same level as the Surface Pro 4’s with the the same RAM and storage, when a pen and keyboard is included in the price. But the Surface Pro 4 runs the older 6th gen. Intel Core “Skylake” processors, so Samsung beats Microsoft there. With all the many improvements of the Galaxy Book 12, Samsung have also left the former rival Huawei MateBook behind in the dust too, a tablet that also runs the older 6th gen. Intel Core “Skylake” processor. 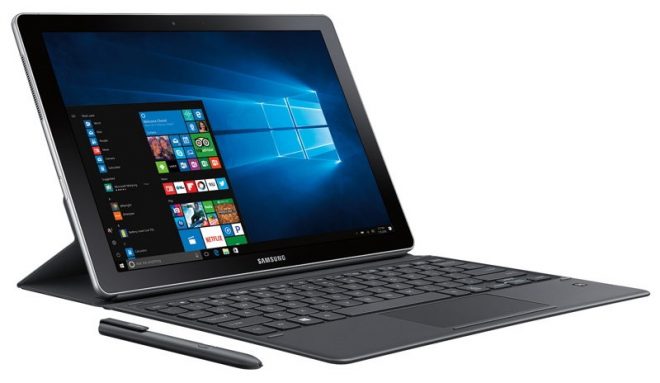 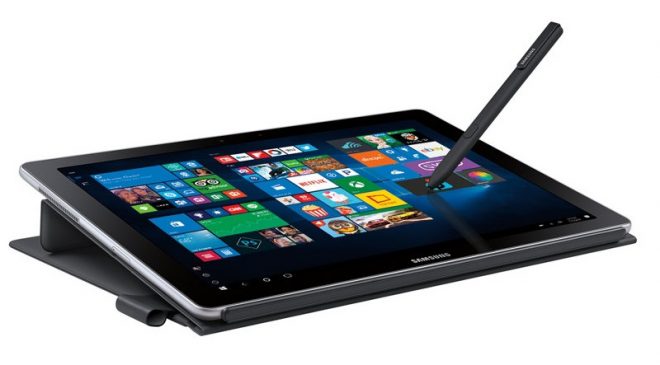