What appears to be the HTC/Google Nexus 9 filings with the FCC have come online, although they don’t actually add much to the specs leaks.

The HTC Nexus 9 FCC testing was conducted between April and June, but it’s only now that we get to see the not so very juicy files.

Some things, like the Nvidia Tegra K1 processor have already been confirmed by Nvidia. All the other specs are sketchy, though the FCC filings confirms the inclusion of NFC, GPS, Bluetooth, and dual band Wi-Fi at least. 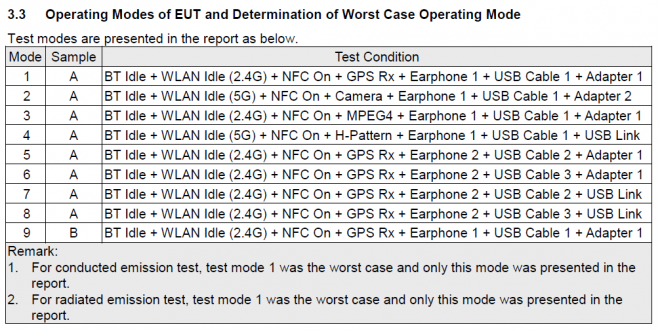 FCC extract for the HTC/Google Nexus 9

Other than that the HTC/Google Nexus 9 aka HTC Flounder/Volantis may have a 8.9 or 9-inch display with 4:3 aspect ratio and a 2048 x 1440 resolution. Android L is expected on board of Google’s latest tablet too, and it should be released a few weeks after the unveiling, somewhere in early November.

Currently the HTC Nexus 9 is expected to be unveiled on October 16.