Just when Windows 8 tablets were starting to become properly desirable with the launch of the new Windows 8.1 and all the new tablets that were launched immediately after, a new issue popped up halting the success – short supply.

This has particularly affected the four new 8-inch Windows 8.1 tablets that were scheduled for release in November. Release dates have been pushed back, prices have gone up, and some have even stopped taking orders. Here’s the situation as of today.

Dell Venue 8 Pro
This is the 8-inch Windows 8.1 tablet that seems to be doing best on the supply side. It was the first of them to release, with the 32GB model being released for $299 on November 1, with the 64GB model releasing 7 days later. Since then prices have gone up a bit, indicating a “sellers market”. Amazon currently lists it at $279 through Amazon Prime, but that’s with shipping 2 to 4 weeks away. Which is not what people want to hear as we approach Christmas shopping season. On Microsoft Store it’s listed for the original MSRP $299

Lenovo Miix 2
Things are more complicated with the Lenovo Miix 2. The 32GB model first released on November 7, with pre-orders being fulfilled. Since then it has been pulled from stores, and now lists as “Not yet released” on majors stores. And the 64GB model hasn’t even shipped yet, even if it was supposed to release yesterday, November 15. To make matters even worse, Microsoft Store now lists the Lenovo Miix 2

as releasing not before December 30. Having said that, Microsoft Store isn’t always the first store to release new items, so this date shouldn’t be considered applicable to other retailers, also it depends on when it was ordered in the first place, as some may receive it earlier. 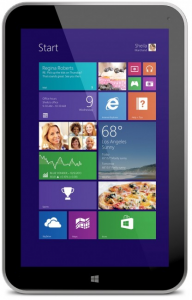 And things are even worse for the Acer Iconia W4 and Toshiba Encore.
The Acer W4 has disappeared entirely, which is a shame, since Acer was the one who first started this tablet category with their Acer A3 earlier this year. We have no word on the release for that tablet. And the Toshiba Encore have also been pulled from various places, including most of Toshiba’s own networks, even though it was originally set to release on November 18. It is still taking pre-orders though, without having any release date tied to that.

The disappearances or short supply seem to only affect the 8-inch Windows 8.1 tablets. Other tablets are releasing as originally stated. The upcoming Nokia Lumia 2520 for instance, will release on time next Friday.

I really feel with the people who have lined up or waited for long to buy any of these tablets, but have been cheated at the last hour.

The only good news for the time being, is that all the four tablets have roughly the same specs, so it doesn’t really matter that much which one you buy. So as long as the Dell Venue 8 Pro is still available, that seems to be the safest bet at the moment.

Whatever is going on here, it’s got Kruger Industrial Smoothing written all over it.