Toshiba have just officially announced the availability of its new 8-inch Toshiba Encore Windows 8.1 tablet. Available for order from November 2 on Amazon

The Toshiba Encore is just one of four new 8-inch Windows 8.1 tablets that are seeing release over the next couple of weeks, now that Windows 8.1 have been released. The other 8-inch Windows tablets are Acer Iconia W4, Lenovo Miix2, and Dell Venue 8 Pro.

Toshiba Encore is powered by the new quad-core Bay Trail 1.8GHz Atom Z 3740 processor. Which naturally means the Intel HD graphics GPU trailing alongside it. As for RAM it’s short term memory comes in the form of 2GB of LPDDR3 RAM. 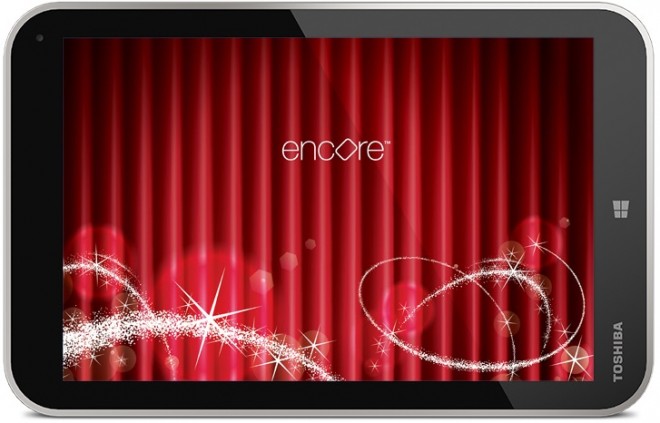 The display has the same resolution as the other 8-inchers, at 1280 x 800. This is a AutoBrite wide view angle LCD display with 5-point multi-touch.

Storage options are between a 32GB model or a 64GB model, but a micro-SD slot supports expansion up to 32GB.

The rear camera is the best in class, at least in Megapixels, counting 8MP, while the front camera is 2MP, with 1080p video capture on both cameras. The front stereo speakers have Dolby Digital Plus technology, and the dual microphones have beam-forming technology. It also have GPS.

Additional features and goodies:
It has Microsoft InstantGo, which is essentially just a trade name for connected standby, which in this case refresh apps and data whenever it has Internet connectivity, despite its standby mode.

Microsoft Xbox comes as a pre-loaded app, which also features a free music streaming service for 90 days of unlimited access to 30 million songs as well as a selection of free Xbox games. Pre-loaded is of course Internet Explorer 11 too, which is good since IE 11 have better optimization for tablets and touchscreens.

Buyers also get 7GB of free online SkyDrive storage thrown in on their purchase.

There are three micro ports on the Toshiba Encore: A micro-USB 2.0, a micro-HDMI, and the micro-SD slot. There’s no 3G or 4G model around yet, so you’ll have to make do with dual-band 802.11 a/b/g/n Wi-Fi and Bluetooth 4.0 for connectivity.

The battery life is estimated to last 7 hours, which is a familiar story for this 8-inch Windows 8.1 Bay Trail tablets.

Price begins at $299 in the US for the 32GB model, or $379 for the 64GB model. The release date is a little iffy, since Apple, Amazon, and Microsoft are the only tablet manufacturers that actually release tablets on time, but now that Windows 8.1 have been released it is supposed to become available any day now within the next couple of weeks.
(UPDATED: See the newest article for Toshiba Encore for the latest information.) 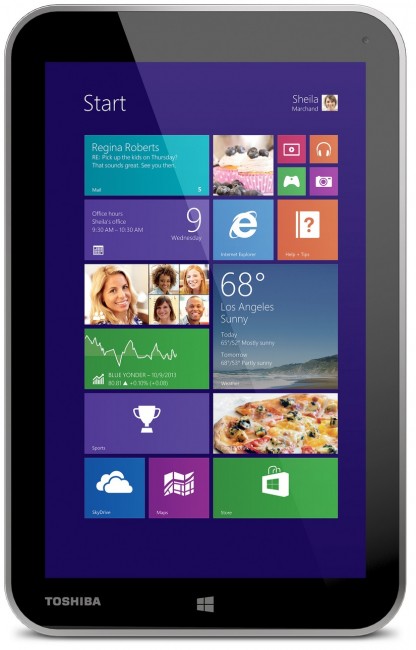 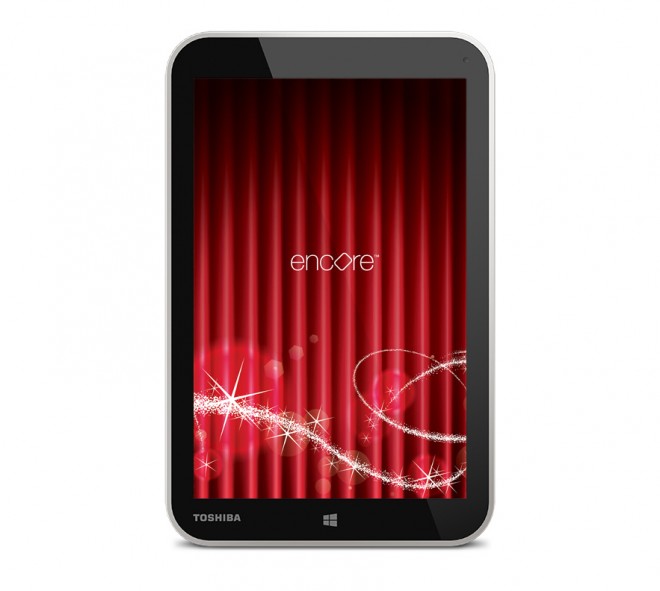 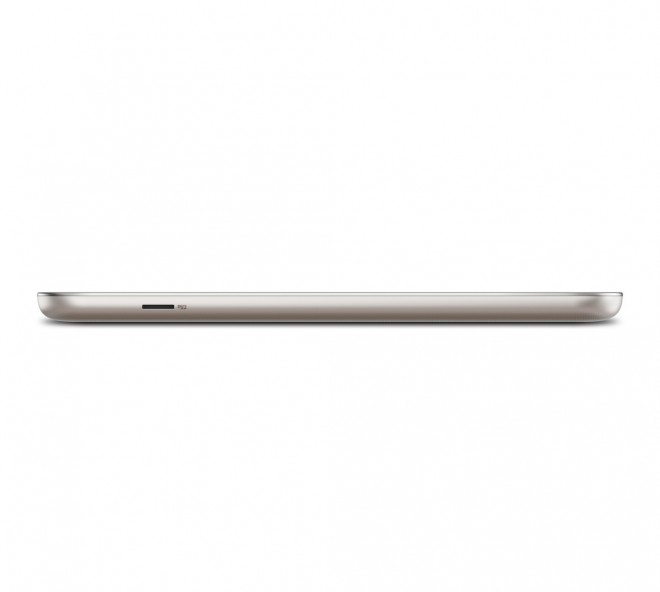 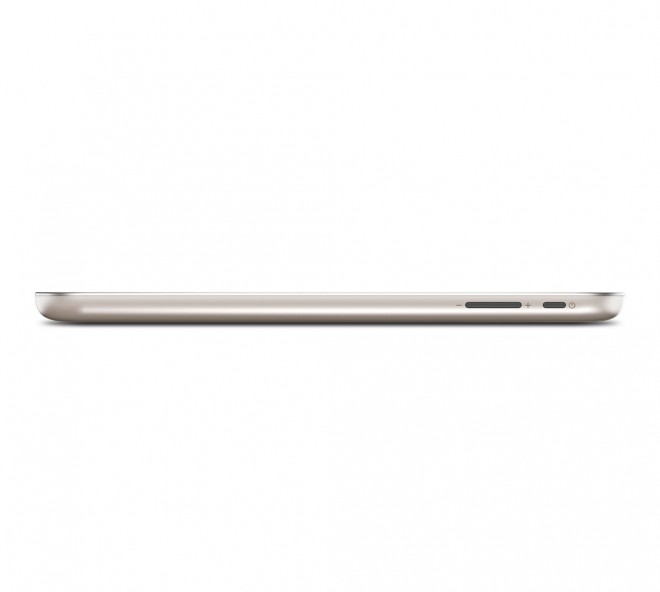 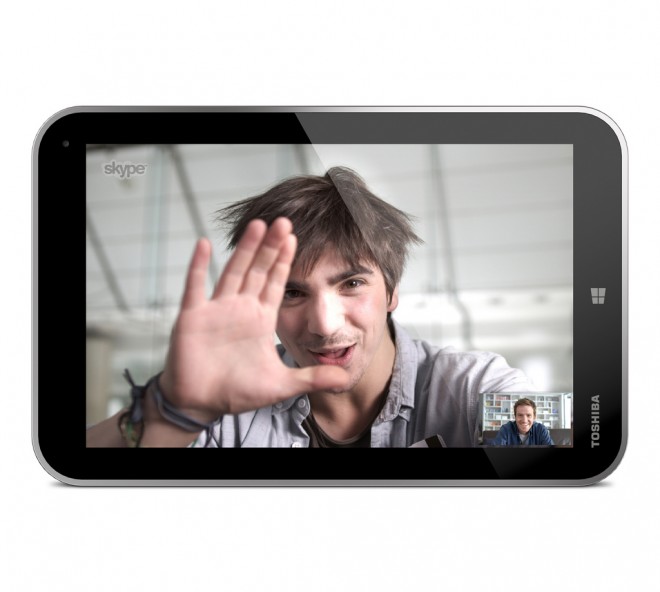 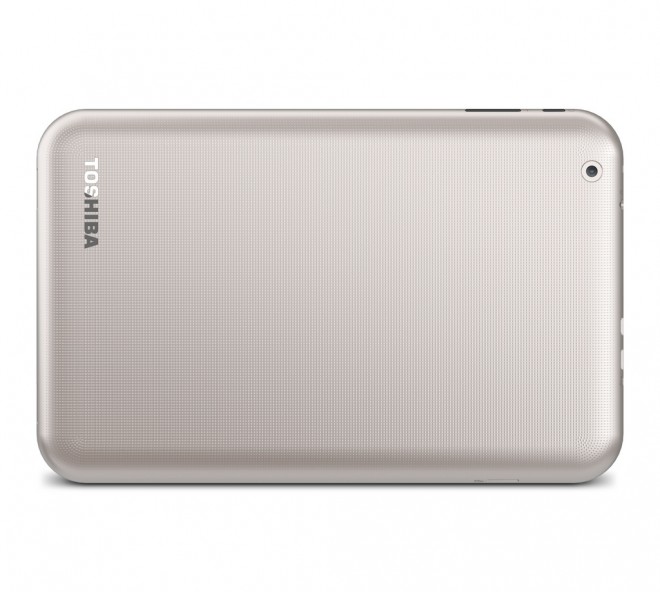 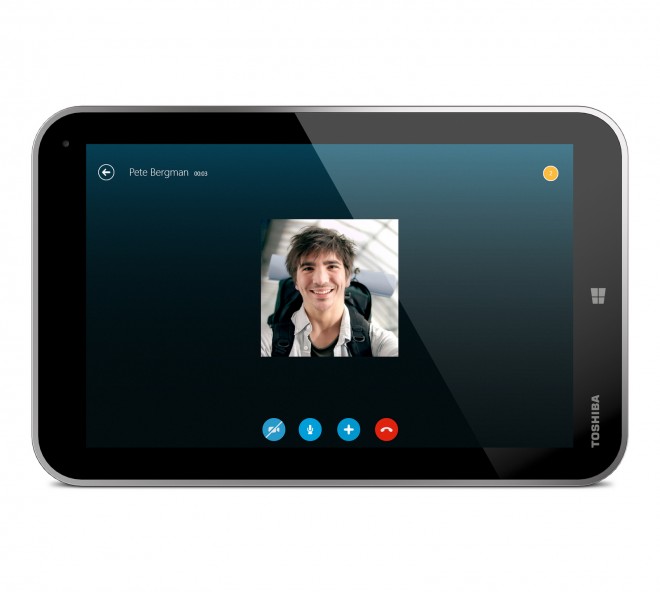