Microsoft’s Surface Go 2 that was announced in May last year is ripe for an upgrade, and it now looks like the Surface Go 3 has been benchmarked, as noticed by Roland Quandt of German computer site WinFuture.

The Geekbench benchmark tests results shows that a tablet with the typical model designations that Microsoft uses on the Surface tablets, has been tested with two different processors. 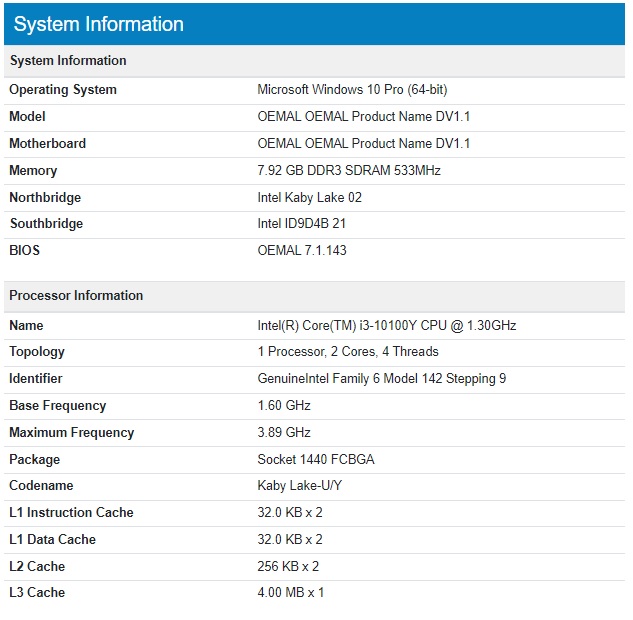 The Surface Go 2 tablets were launched for $629 and $399 respectively, and with these new processors, the Surface Go 3 should just be able to stay within the same price range.

The Surface Go 3 was also tested with just the same 4GB and 8GB of DDR3 SDRAM at 533 MHz that the Surface Go 2 runs, so that should not drive up the price either.

October has often been Microsoft’s announcement month for Surface tablets in the past, so the Surface Go 3 should present itself within the next two months.