The 9.7-inch cellular tablet Samsung SM-T825, which in one form or another should be a Super AMOLED Samsung Galaxy Tab S3 or similarly named tablet, had its Bluetooth certification approved on January 5th 2017, with the files for it made available after January 6th. 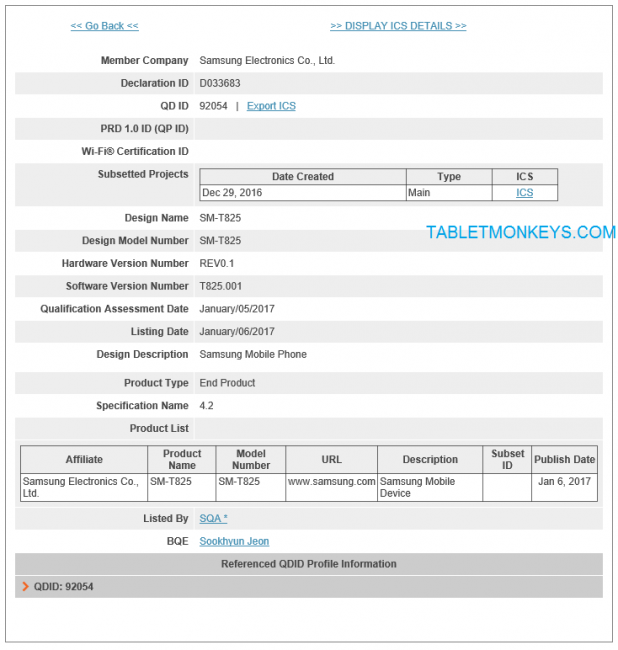 So how exactly Samsung will brand the Samsung SM-T825 remains to be seen, and there are many possibilities, but of course the next model series in line would be a Tab S3 series now as far as branding goes.

Apart from the specs that we have been able to dig out of all the various spottings up until now, no insider spes have been leaked from Samsung yet.

Samsung didn’t announce any new tablets at CES 2017. The closest thing was the new 12.3-inch 2400 x 1600 resolution Samsung Chromebook Plus convertible with touchscreen and a built-in digitizer pen. It will be launced in early February.