Samsung fansite and firmware tracker Sammobile have it on good authority that the Samsung Galaxy Tab S2 Android 7.0 Nougat update is in development.

Samsung haven’t officially announced the Android 7.0 Nougat update for the Tab S2 themselves, but I don’t see any reason why Sammobile would have this wrong, since firmware updates are their speciality, and I don’t think they been wrong about this before.

Samsung already have a Android 7.0 beta program going for the Galaxy S7 smartphones.

The Samsung Galaxy Tab S2 9.7 and 8.0 are currently running Android 6.0.1 as of November 2016. And the only other tablet officially confirmed to receive an Android 7.0 update is the Sony Xperia Z4 Tablet.

Sony have been known to work on this update and do testing of it for months, and the theory is that the update might roll out from late December. 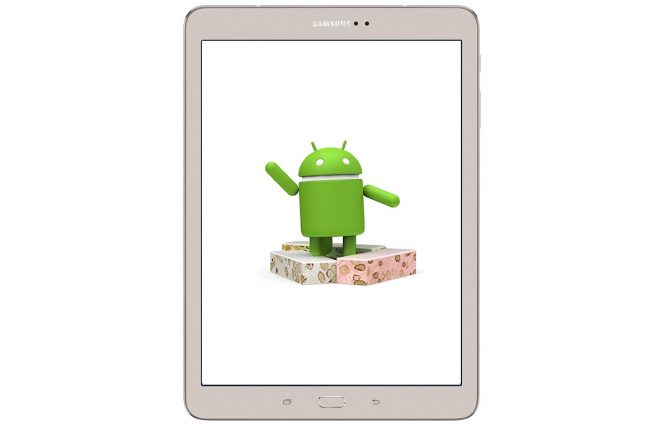