The Samsung SM-T825 tablet model got its Wi-Fi certification published early this morning, which might indicate that this is more than just a prototype tablet, and maybe even a production unit.

But it is indeed possible. There just haven’t been any leaks from Samsung on the specs yet. And the Wi-Fi certification doesn’t reveal much either unfortunately, other than the dual-band 802.11 b/a/g/n/ac Wi-Fi cover and that it runs Android, but not even what version of Android it runs. The current Samsung Galxy Tab S2 is in line for an Android 7.0 Nougat update though.

The last testing and evaluation model that was exported from Samsung’s facilities in South Korea, was exported to India for testing on November 17 2016, about 22 months after the first model was spotted back in January 2015. 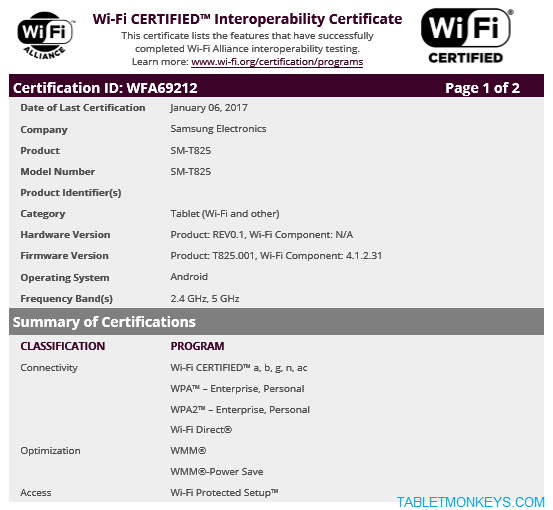