Samsung Electronics announced its Q4 and 2017 results in South Korea today, and among the highlights for us tablet followers was the emphasis on foldable OLED displays, mentioned 3 times by Samsung.

Samsung believes OLED displays will become the mainstream display in smartphones in 2018, and also that OLED will reinforce its position because of (flexible) OLED display technology in coming foldable devices.

And while Samsung stated that OLED displays from Samsung will strengthen the position for premium devices (and Samsung’s operations) with additional use of OLED displays in the auto industry, it was the then following words that became the most interesting.

For the first time Samsung mentioned foldable OLED displays by name in their earnings report, which is technically not the same as flexible OLED displays such as those used in smartwatches, when Samsung stated in their forward guidance that: 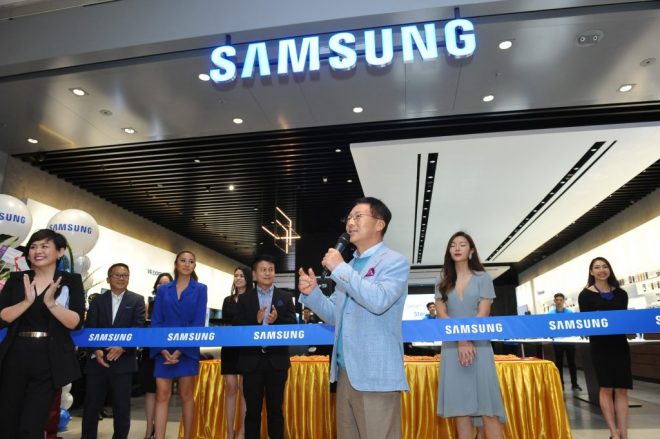 “As for the Mobile business, Samsung will continue its efforts to differentiate its smartphones by adopting cutting-edge technologies, such as foldable OLED displays. It will also drive forward new businesses related to AI/IoT by strengthening the ecosystem based on Bixby and building on Samsung’s 5G technology.”

So basically the recipe for Samsung is to somewhat increase their focus on their own technologies of chips, modules, components, and ecosystem, and to be a leader in foldable OLED display technologies.

Samsung and LG are by far the largest manufacturers of OLED displays with numerous patents on foldable OLED displays, and both of them supply displays to other tablet brands.

The last company to have its foldable tablet patents publicized online was Oppo, also one of the first known participants in the foldable tablet race. Samsung, LG, Oppo, Lenovo, Microsoft, and Apple all have either patents on foldable tablets and dual-screen smartphones or are known to experiment with such devices at their R&D facilities.