Past patents have shown the foldable Microsoft tablet to resemble a ZTE Axon M, with two screens at the front and one on the back, and not just a large foldable tablet with one continuous flexible display.

On the ZTE Axon M, the gap between the two displays is relatively large when thinking in terms of foldable tablet, mainly because of the bezels around each displays.

In the newest viewable patents from Microsoft on the subject however, these gaps might be a lot tighter because of the more advanced 4 cogwheels or gears that brings the two displays tightly together in foldout mode. This could effectively mean a gap of 1mm or less between the two displays. Enough only to let a thin post-it note or hair slip between.

So probably not what would feel like a fully continuous display, but so close that people would start to forgive it the thin line in between. 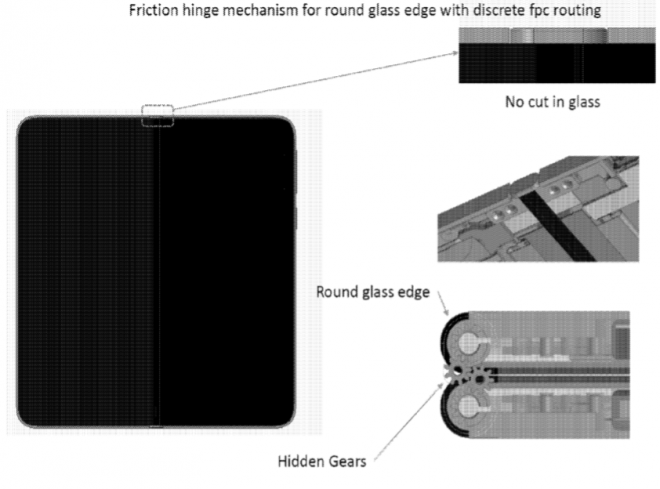 Another likely advantage of this hinge design is that the setup of the gears would provide a firm and even hold when folding and unfolding the foldable tablet / dual-screen smartphone between the different modes.

And another important difference between this device and the ZTE Axon M is that Microsoft’s patents shows a 360 degree revolving design, so that it can be folded up like mini notebook with virtual keyboard too.

The descriptions also says Microsoft is using OLED displays in these patents, which is understandable since the displays are shown to bend around the edges between the gears, and flexible OLED displays would be a natural first choice for that.

The patent applications were filed in June and October 2016, with the international WIPCO filing date being June 2017. If Microsoft is working on refining this foldable Windows 10 computer of theirs right now, then when should we expect it to launch?

2018-2019 is seen as the earliest possible date, but with no particular month in particular, as no leaks have indicated any production of a foldable Microsoft tablet yet. 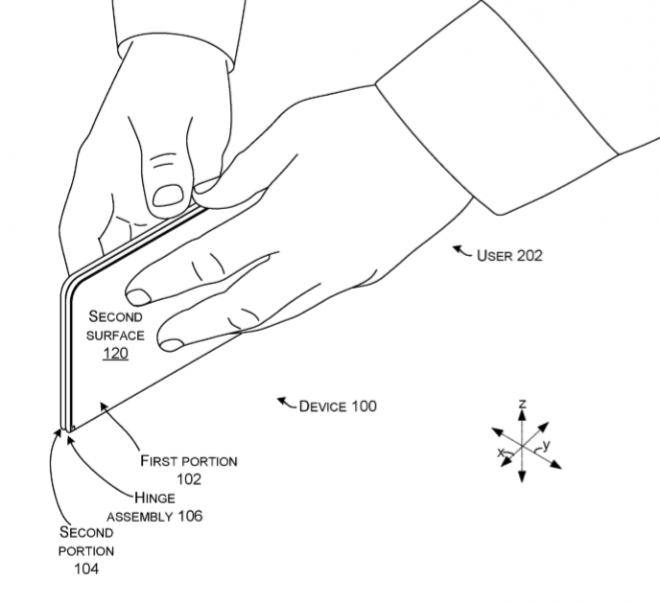 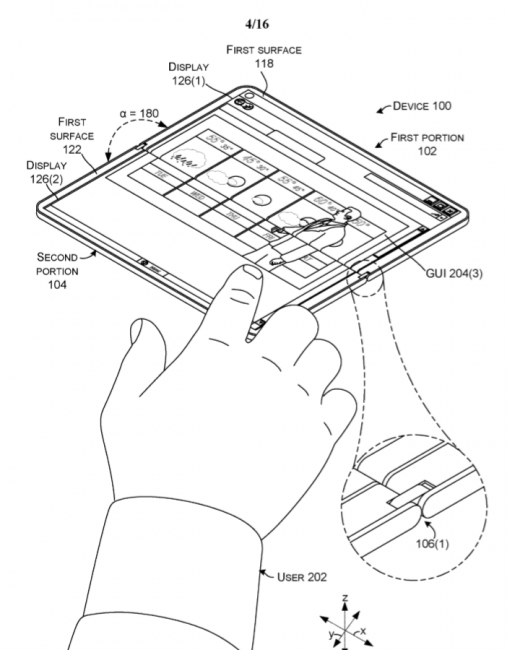 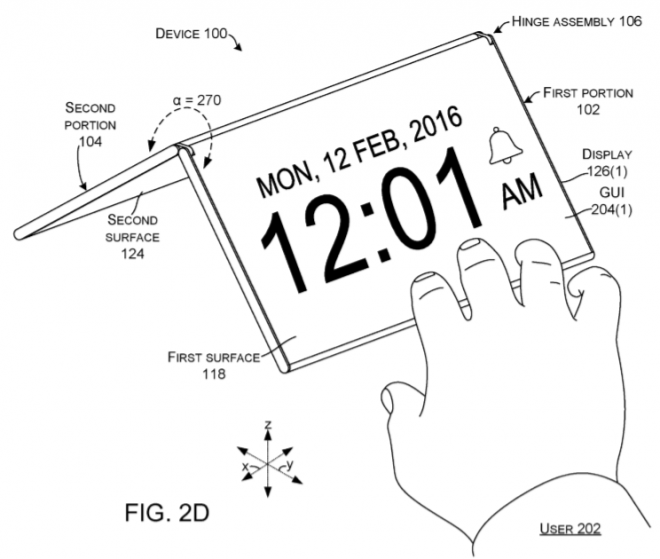 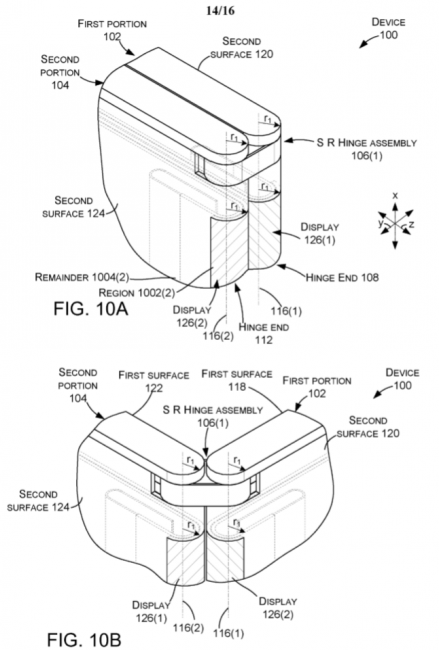 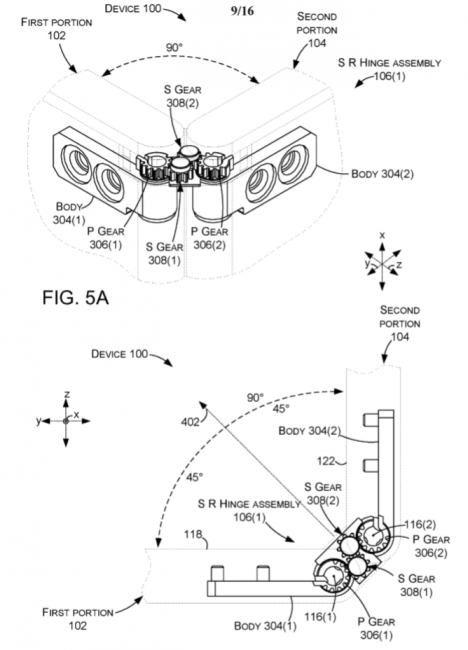 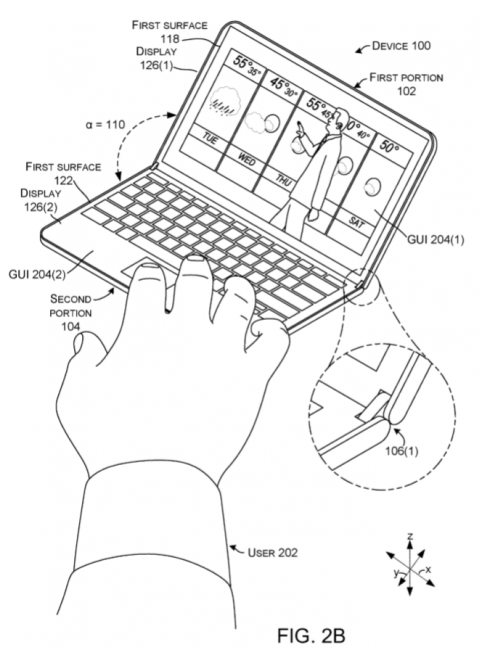