And Samsung brands it Samsung Galaxy View2 (2019), so it’s not a typo, but it’s also natural to just call in the Samsung Galaxy View 2 instead. The new View2 now has a 17.3-inch Full HD screen with a 1920 x 1080 resolution display, and it has been upgraded to feature 4 speakers, which includes this tablet it the range of quad-speaker tablets with Dolby Atmos.

It’s powered by the octa-core 1.6 GHz Samsung Exynos 7884 processor, together with 3GB of RAM, 64GB of storage, and support for microSD cards up to 400GB under Android 8.1, though the memory card support may increase even more with the Android 9.0 update. 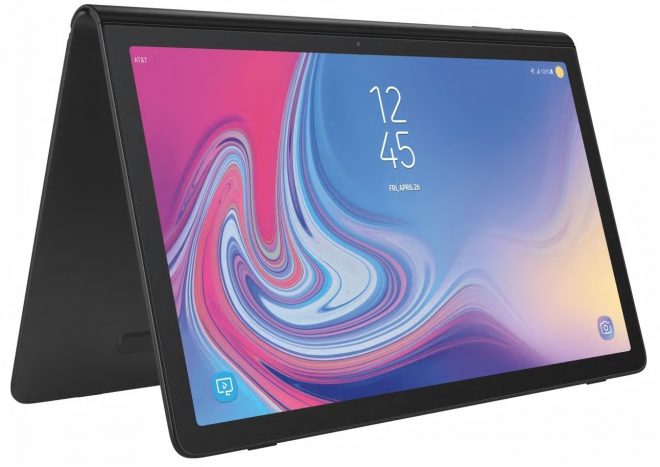 The purpose of the Samsung Galaxy View2 just like the predecessor is to have large home tablet that can run all Android apps, and a portable tablet that is still large and can be used both more socially as well as more leisurely. You can for instance use your smartphone as a remote control for the tablet.

Everybody I know who owns the predecessor loves it, and it seems to be the general consensus among other owners too, hence it is one of the highest rated Samsung tablets to date.

It has a handle built into the kickstand, but can also be laid flat. The Samsung Galaxy View2 weight is 4.92 lbs or 2231 grams. The 4G LTE model now being launched has a price of $739.

While it used to be offered in both black and white, the new Galaxy View 2 is so far only offered in dark grey with black bezels around the screen. Galaxy View2 also comes with a carrying case, AC adapter, and a USB C cable. 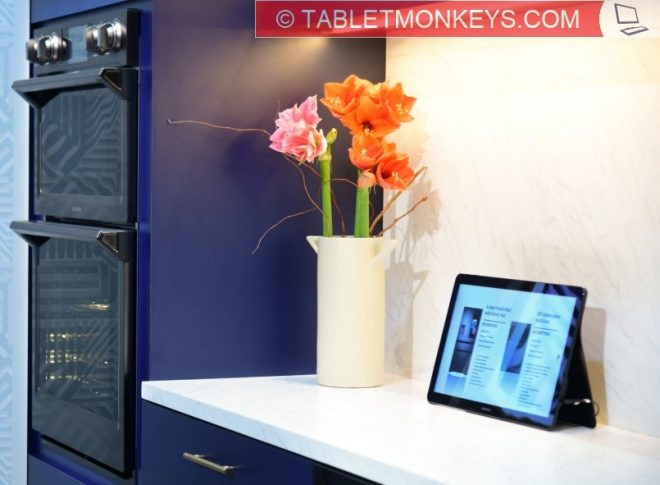 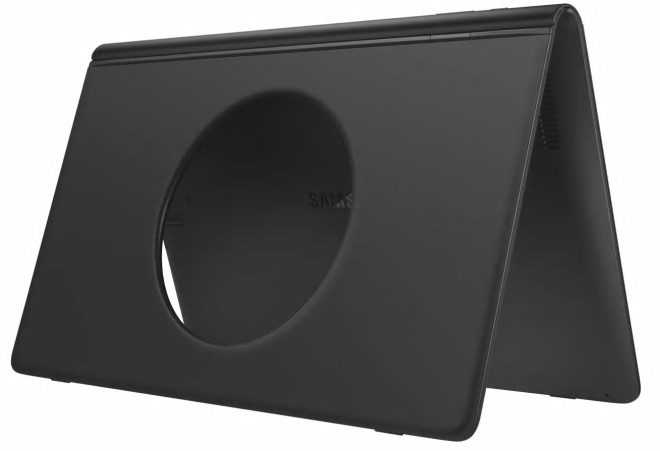