So there’s an update on the Samsung SM-T927 model number that we wrote about last week in hopes that it might be a new 12.2-inch Samsung tablet.

As we have learned in the past, both Samsung and Huawei will sometimes use different names during their Bluetooth filings than on the products they actually launch later on, but still, it does indicate that Samsung has made a switch in their model series numbering, since the previous Samsung Galaxy View was in the 600-series, not the 900-series. 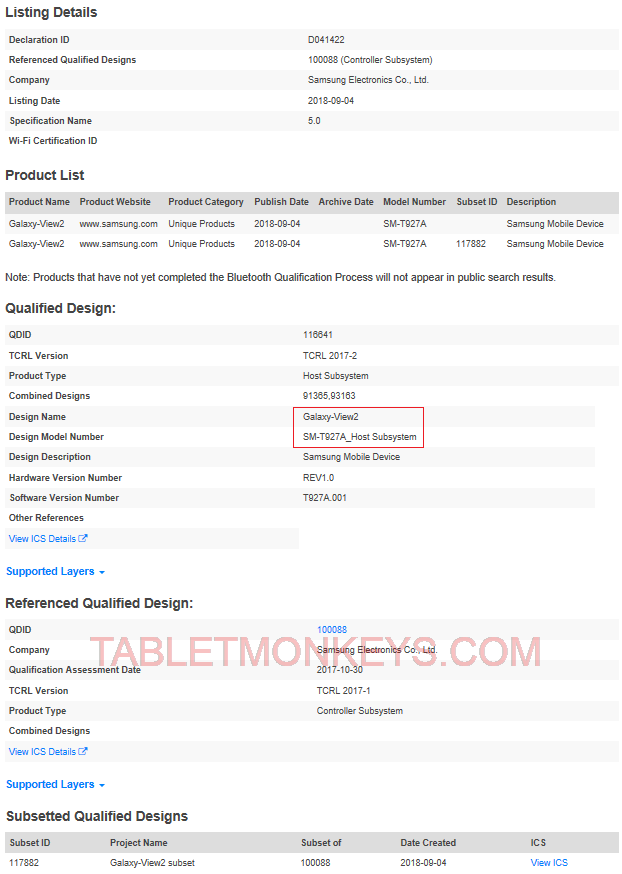 So if we are to believe Samsung by their own name use during official certifications, then the Samsung SM-T927A is the new 17-inch Samsung Galaxy View 2. Despite lacking ac Wi-Fi declaration in last week’s Wi-Fi certifications, it showed up with Bluetooth 5.0 in todays papers. 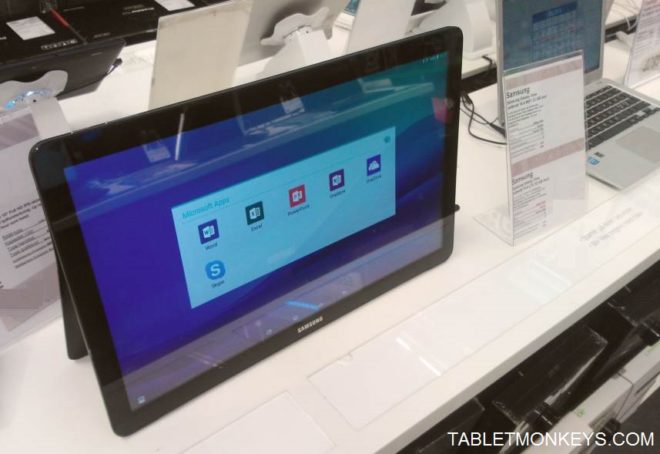